There’s always something going on in Berlin – even for the little ones. After all, Berlin offers more stages and theaters than any other city. Also there is a wide range for young people: Whether it’s a fun play to take part in, an educational stage play or simply an exciting spectacle – you should have visited the following children’s theaters as a family in Berlin. 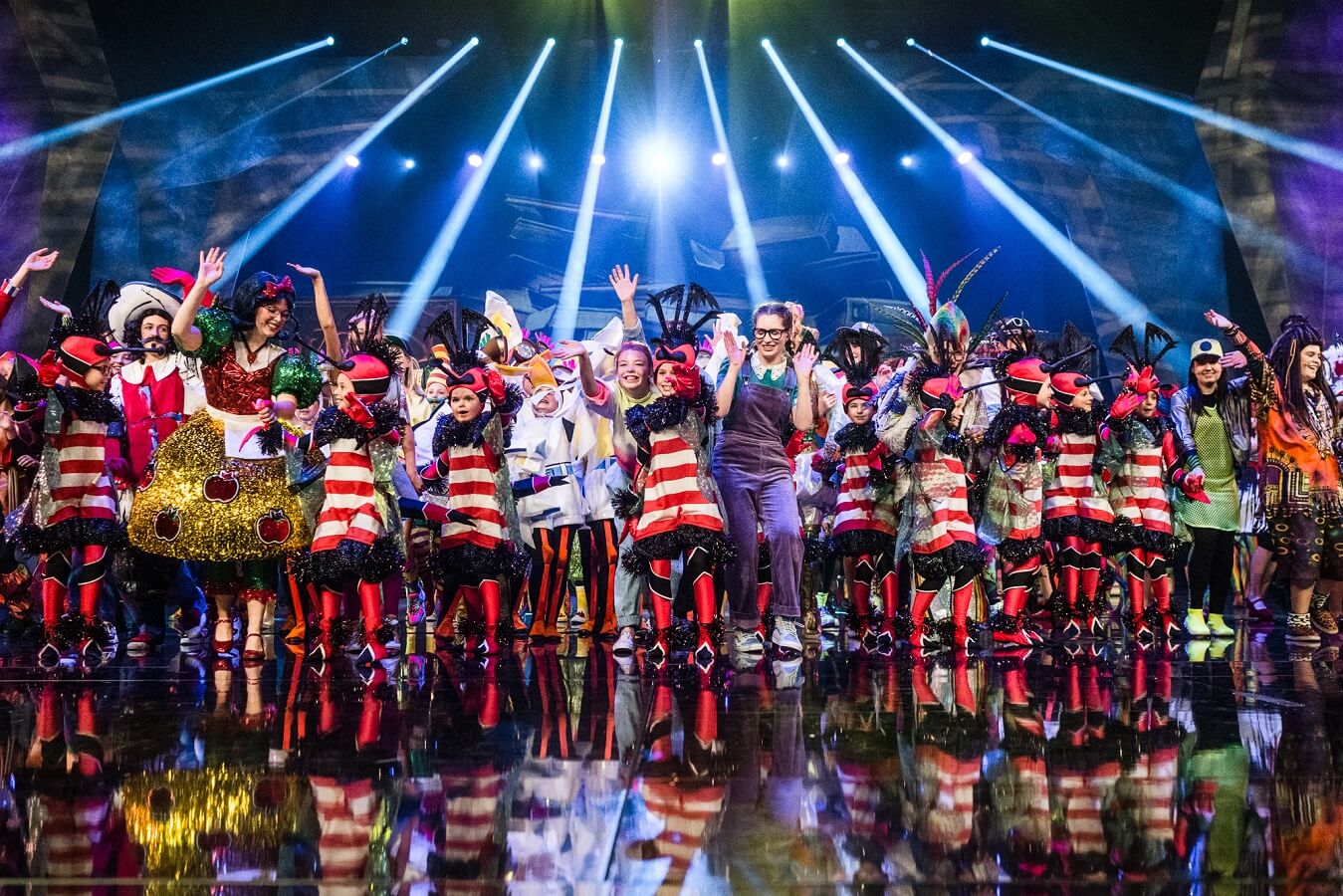 In addition to the grand shows and guest performances, there are also great events for children from 5 years of age in the Friedrichstadt-Palast Berlin. The best thing about it: the children themselves are the stars here. The palace is a play and rehearsal site for the young ensemble that is made up of 280 girls and boys between the ages of seven and 16 composed.

This makes the young ensemble of the Friedrichstadt-Palast the largest children’s and youth ensemble in Europe. The performances are aimed at children and adolescents, but adults are also always enthusiastic about the talent of the small actors, the imaginative stories and the great costumes. If watching children are so enthusiastic afterwards that they want to participate themselves, there are regular castings for children who would like to join the ensemble. Depending on their talent, the young talents are trained in the disciplines of dancing, singing and playing.

From November, the Friedrichstadt-Palast Berlin will be showing the young show ‘In the labyrinth of books’. Lea, Jule and Ben, known from the last Young Show ‘Play with Time’, are going on a fantasy trip with their new classmate Mayla. The fluffy fairy Appelina, an apple tea and lots of books ensure that our friends embark on an exciting journey through fairy tales and stories. They land in Robin Hood’s dark forest, see the old Paris of the three Musketeers and lose sight of each other in Snow White. Since Ben is dyslexic, he needs the help of his friends to find his way out of the confusion of stories. But Lea, Jule and Maya will be able to bring Ben back home from the labyrinth of books?

The Young Show runs until January 31 and tickets are available from € 9.80.

Past Show – ‘Play with Time’

Around 150,000 young guests experienced Lea, Jule and Ben’s first adventure on the stage of the children’s and youth theater of the Friedrichstadt-Palast Berlin. When the friends try out a new video game, the game console falls to the floor. Something must have broken, because every time you shake the console violently, a loose contact throws you into a different time. In the Stone Age, ancient Egypt, the Wild West, the Middle Ages, the Viennese Classic – and the future. Involuntary time travel with a defective game console is more than exciting, but it is also a bit inconvenient because everyone has to be home on time for dinner. Otherwise there is house arrest and that would be known to be worse than hungry dinosaurs or dangerous knights.

The children’s shows in the GRIPS theater 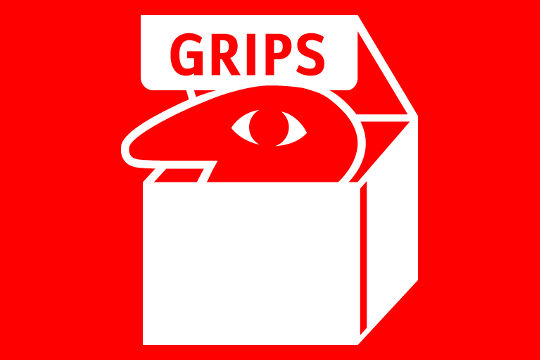 The GRIPS Theater on Berlin’s Hansaplatz is a theater for children and young people. Be here socially relevant topics picked up, packed for children and performed by both adults and children. As the name GRIPS anticipates, children and adolescents have to strain their heads a little, because all the pieces contain an important message.

The fun is not neglected: The daily events of life and growing up are brought onto the stage with a lot of humor. In some pieces, the children can even have a say in the story. About four new productions and There are 300 performances every year; If you want to get involved yourself, you can apply for a role in the children’s club. The play created in the GRIPS Ms. Müller has to go, about a teacher who is supposed to hand in her class was even filmed in 2015. Another well-known piece is line 1, which has been listed in GRIPS since the mid-eighties. The musical revue is about life in the big city, adaptation and the courage to be yourself. If you are looking for children’s shows in Berlin or appealing pieces for young people, the GRIPS is the place for you.

The Theater an der Parkaue is one of the largest state theaters for young audiences. Children and young people, school classes and families are entertained equally on three stages. The repertoire ranges from classics to board games and enables people to explore and experiment together.

The Comic Opera for Children 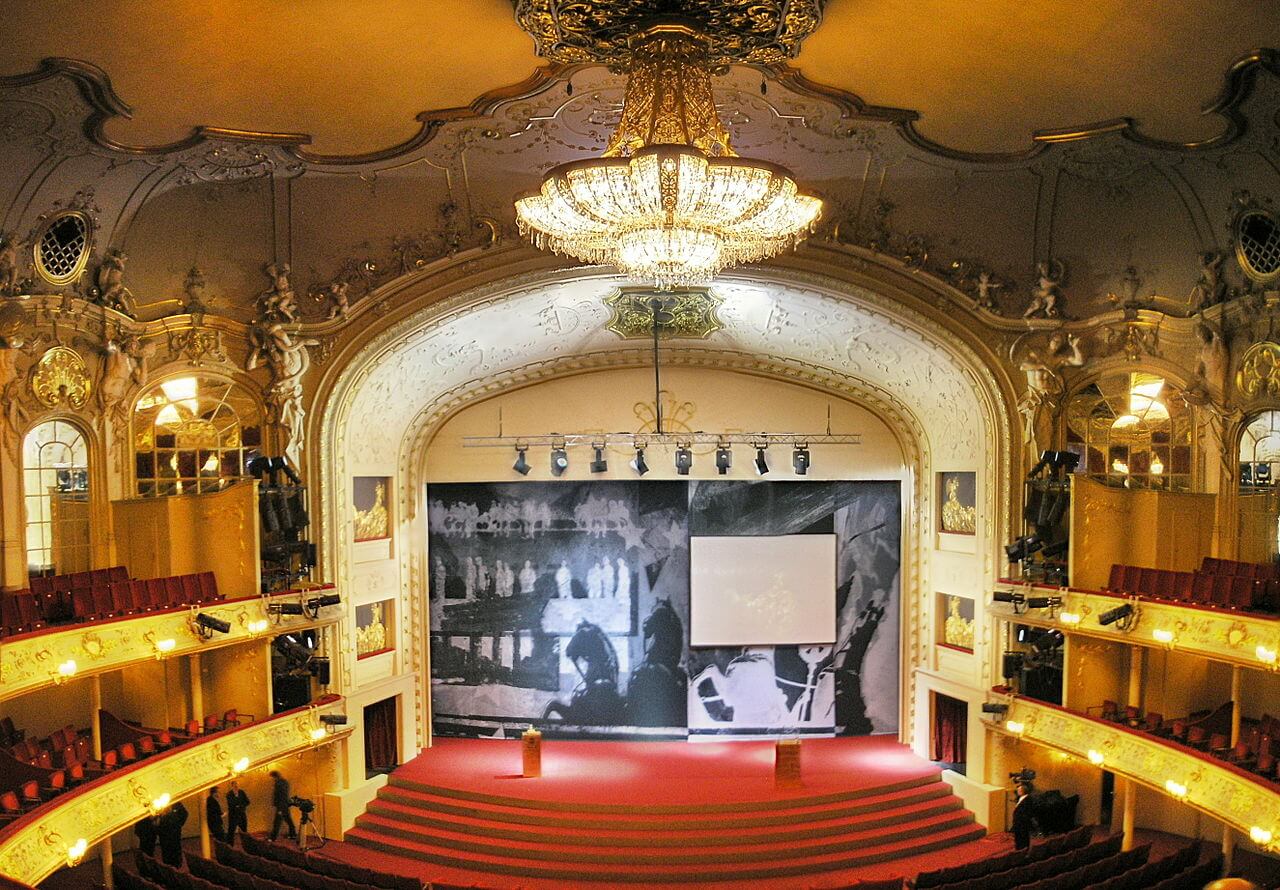 The Komische Oper in Berlin regularly hosts events for children. With the fairytale operas even the smallest are introduced to musical theater. Known stories like The Canterville Ghost or Peter and the Wolf are implemented with captivating music and breathtaking costumes. The perfect opportunity to introduce children to theater, opera and classical music.

The puppet theater in the Spandau Citadel

The theater in the Spandau Citadel shows plays for all ages. The actors stand on the stage together with the puppets. So it is not a pure puppet theater, but a mixture of different arts that should appeal to young and old alike. 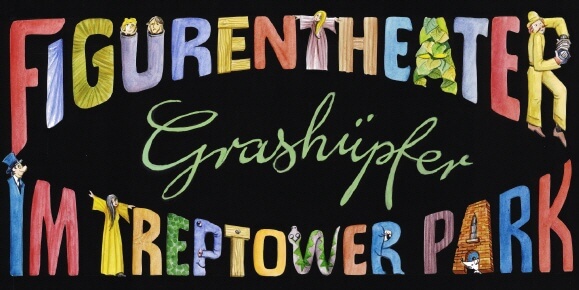 For a successful show, people don’t always have to be on stage. The puppet theater Grashüpfer in the middle of the Treptower Park is the best proof of this and performs children’s shows in Berlin in which dolls are the stars. The theater is located in Treptower Park and offers around 50 puppeteers a stage.

If Puppets, shadow or stick puppets – the small are enchanted by incredible imagination in this puppet theater. Questions essential for children, adolescents and adults are taken up here with a lot of humor, imagination and poetry. The puppet artists enjoy great freedom in their plays, and there are also open play areas – this ensures variety and unpredictable, funny moments. After the play, the children can a small doll workshop visit and make their own finger puppets and masks to take away. The Grashüpfer Theater guarantees unforgettable events with your children in Berlin’s Treptower Park. Tickets can be purchased from the JKS with a theater voucher from € 4.50.

The Astrid Lindgren stage in the FEZ

The Swedish children’s book author Astrid Lindgren and the stage of the same name in the FEZ have committed themselves to an attitude to life: "If I have made even a child’s soul happy, then I am satisfied". Not only are pieces by Astrid Lindgren performed here, but all pieces share the desire to encourage children to be themselves and to live their dreams. The pieces listed here deal with what children need and what they lack. The little viewers in the FEZ are driven by their imagination, full of imagination, music and poetry To live out your personality and creativity. Children of all generations love pieces like Pippi long stocking, Michel from Lönneberga and Jim button – A children’s show in Berlin on the Astrid Lindgren stage will also delight your children with the pieces that have fascinated you as a child.

The free stage of the children’s theater in Berlin Lichterfelde offers a varied stage program. Children from the age of 2 get their money’s worth here and are thrilled by various plays from the areas of drama, puppet and figure theater. In addition to the classic stage program, the Lichterfelde Theater offers afternoon courses for smaller groups. Early musical education courses are aimed more at younger children. However, theater courses are also offered to which young people up to the age of 16 are cordially invited.

Children’s theater in Berlin – from 3 years

The Atze Musiktheater in Berlin Wedding is a music theater for children. It is Germany’s largest music theater for children with over 100,000 spectators every year. Families and school classes in particular like to get involved in a performance in the music theater. For non-Berliners, it should be said that the term "Atze" means something like "big brother" or "best friend". This is also reflected in the game plan of the house, because here they should plays take the children by the hand and accompany and support them in their development. The Atze Music Theater already offers productions for children from 3 years of age. In guest performances there are even productions that can be easily understood by 2-year-old children. But not only small children and their parents are welcome guests in the music theater, young people are also very welcome. Because they, too, can learn a lot from the plays and help their younger siblings.

The Theater Mirakulum is a puppet theater in Berlin Wedding and offers a lot of program for children from 3 years. Fairy tales like Rumpelstiltskin and stories like Zilli, Billi and Willi belong to the repertoire of the Mirakulum. In addition, adults also get their money’s worth with the classic Goethe’s Faust.

There are events in Berlin with children on almost every corner. With the experiences mentioned above, you can be sure that your child will not only have fun, but also learn something for life. Of course, Berlin also offers many great events for adults.