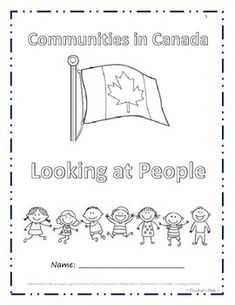 Who are the Inuit?

The name Eskimo is also used as the upper term, which also means the ethnic groups that live in Russia’s north and in Alaska. But some of these people do not like the word because it sounds condescending to them.

A total of around 60,000 of these Arctic peoples live in Canada. Half of them live in Nunavut – a territory that was founded in 1999. The rest live in the Northwest Territories and the Northeast on the Labrador Peninsula.

How did the Inuit live earlier??

The Inuit lived in their traditional way until the 1950s. They were nomads and followed the animals to hunt. Hunted with spears and harpoons – on land caribou, on the water whales, seals and walruses. Canoes were used to hunt on the water. To get around in winter, there were dog sleds.

In the summer, one lived in tents, which could be quickly dismantled and rebuilt. In the winter one lived predominantly in one Qarmac. That’s the name of the turf house of the Inuit. For this, whale bones form a framework that is half embedded in the ground. Skins are stretched over it, then come grass sod, so a piece of grassy soil on it and finally snow. In addition, the Inuit also lived in igloos, so snowhouses. Clothes were sewn of skins. Incidentally, the words parka and anorak come from the language of the Inuit.

How do the Inuit live today??

Today the Inuit do not live that way anymore. They live in permanent houses, mostly log cabins. Because of the frost, the settlement houses are built on stilts. Heating is done with oil stoves, water is brought with a tank truck. Electricity is available and the families have washing machines, TVs and other electrical appliances.

For many Inuit, this big change in their way of life was difficult. Many rely on state funds, and some are dependent on alcohol. Many Inuit earn their living either by fishing and hunting (but with modern methods) or by handicrafts.

It is often easier for the children of today’s Inuit. Of course you have to go to school like all other Canadian children. The first three years of school, however, they are taught Inuktitut, their native language. However, not every settlement in the Arctic has a secondary school, so the older students have to leave their homes to go to school.