Child labor for chocolate "I can’t even write my name" 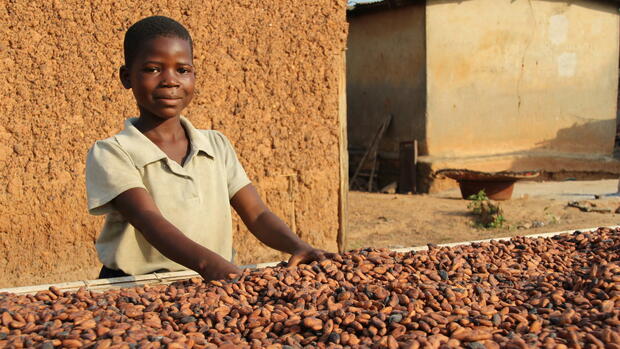 Chocolate in Germany mostly comes from West Africa. Despite the ban and commitment, child labor is still the norm there. Also because chocolate manufacturers skimp on the implementation of the initiatives.

The nine-year-old Moahé sprayed weed killers in her father’s cocoa plantation. In the mornings and evenings, the petite girl dragged water containers home from the village fountain that were heavier than herself. "It always hurt my neck a lot," the girl recalls. Until recently, Moahé was one of around two million children who work in cocoa cultivation in the Ivory Coast and Ghana so that customers in Germany and elsewhere can enjoy their chocolate.

"I didn’t know that work was a bad thing. It was normal for me, ”says Moahé apologetically. But where child labor begins, childhood usually ends: it endangers children’s health, can inhibit their growth and usually has a negative impact on their schooling. But because of a mixture of ignorance, tradition and poverty, child labor persists in the villages of West Africa. This is where around two thirds of the cocoa produced worldwide comes from manufacturers such as Mars, Nestlé and Lindt & Sprüngli, Mondelez, Ferrero and others are processed.

And nowhere else in the world is so much chocolate consumed as in Switzerland and Germany: around ten kilograms per head each year. In Germany alone, around 143 million chocolate Santa Clauses and Santa Clauses were produced this year, as the Federal Association of the German Confectionery Industry explained. Most cocoa for this is imported from the Ivory Coast and Ghana.

Raw materials The dirty secret of the auto industry

Moahé has only ever tried chocolate once in her life. "Very cute," she says with a broad grin. The cocoa beans for this come, for example, from their home village Konan Yaokro in the south of the Ivory Coast, but hardly anyone has money for chocolate here. The place with about 500 inhabitants can only be reached via a bumpy dirt road, there is no electricity and no running water. But Konan Yaokro has the ideal tropical climate for the sought-after fruit of the cocoa tree. Moahé, her four siblings and her parents live here in a small house on about 20 square meters of living space. Before that, the cocoa beans dry in the sun.

Moahé’s father also worked on his parents’ cocoa plantation as a child. His father needed the help, says Fabrice Amangoua, now 35. "I can’t even write my name because my father never sent me to school because of it." He definitely wants to spare his children this lot. But he thought nothing of letting the kids work a little anyway. "I didn’t know it was wrong." 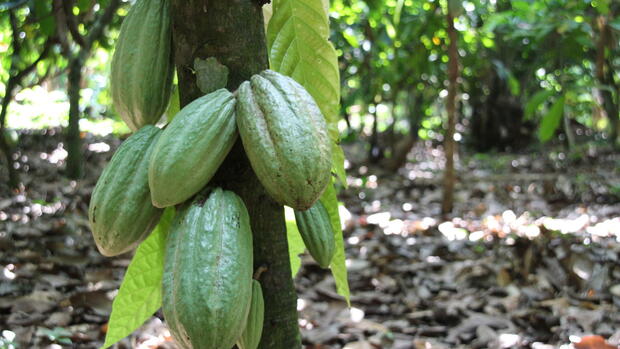 Unripe cocoa pods in a plantation near Affiakounou in the south of the Ivory Coast.

However, as the population grows, the number of boys and girls working on cocoa plantations increases. In the Ivory Coast, the number increased between 2009 and 2014 by around 50 percent to 1.2 million children, as a Study by Tulane University in New Orleans commissioned by the U.S. Department of Labor. In Ghana, the number of child workers fell slightly to 0.9 million over the same period. The study was based on a survey of almost 2,300 households in both countries.

Child labor is actually forbidden in Ivory Coast: carrying heavy loads, such as cocoa sacks, spraying toxic chemicals such as insecticides, or using machetes to weed or whack cocoa pods are against the law. However, light work such as collecting individual ripe cocoa pods or helping to dry the beans are still allowed.

Child labor in the cocoa sector

At Christmas, the mountains of chocolate pile up. Child labor is in many of these products. In the Ivory Coast alone, more than a million children work on plantations. We looked around there in 2016.

The International Cocoa Initiative (ICI) is one of the organizations that work locally for children. It has set up a successful system to combat child labor in Konan Yaokro and almost 2,700 other villages, mostly on behalf of Nestlé. The linchpin of the system is anchored in the villages like Serge Alain Affian.

The 30-year-old cocoa farmer visited every household for ICI in Konan Yaokro to see how many people live under one roof and what they do. He explains why child labor is bad and how ICI can help them.