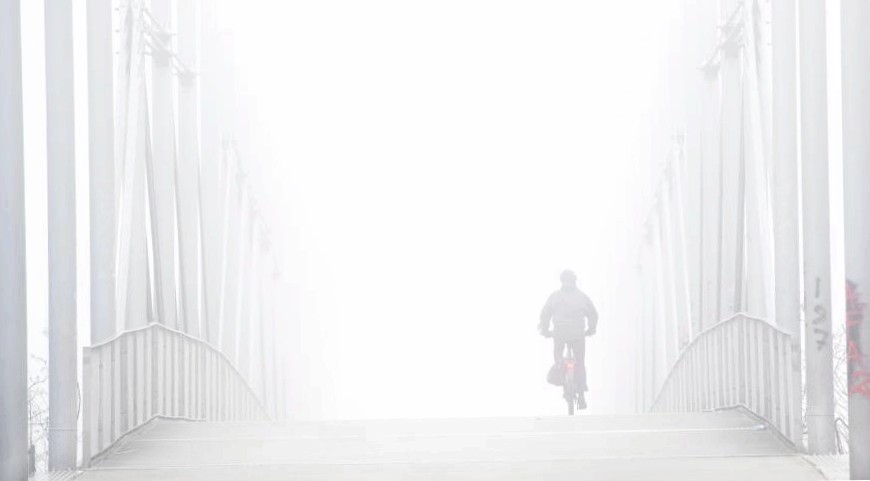 More and more cyclists stay in the saddle in winter too. Both the German Bicycle Club (ADFC) and the German Automobile Association (ADAC) have already reported this. What tips and tricks can help?

They are part of the standard products of the most popular brands for cycling clothing. So-called pogies are somewhat unusual. These are handlebar gaiters that keep you warm like thick gloves, says bischoff. However, because cyclists grip the handlebars with their bare hands, their fingers remain free for better braking and gear changing.

Gaiters for the pedals

There are also warmers for the feet: overshoes and gaiters. Compared with winter cycling shoes, which are generally only available for sports use, they are particularly suitable for commuters because they can be worn over everyday shoes. Warm winter socks should not be forgotten in any case, says Bischoff.

Depending on the length and nature of the route, you will also start to sweat in cold conditions. Underwear that wicks moisture quickly to the outside and ideally fits snugly over the entire body is recommended. According to the bicycle press service, a high percentage of merino wool is ideal for this purpose. A fleece is suitable as an insulating or intermediate layer, while the outer layer should consist of windproof pants and a jacket with a breathable insert on the back.

Similar tips apply as for car drivers. Safety distances to other road users and parked cars become more important, as longer braking distances must be expected in icy conditions. Slow down – this goes without saying when there is a risk of slippery roads.

"on slippery surfaces, you should neither pedal nor brake on curves," says susanne grittner from the ADFC berlin. If braking cannot be avoided, it is advisable to use the rear brake primarily, but moderately: "If the rear wheel locks, it is easier to control than a locking front wheel."on icy roads, you should also let your bike roll and not steer – this also reduces the risk of falling.

The tires have more grip on the road if the air pressure is lowered a little. This also increases the contact area. Minimum and maximum pressure are indicated on the tire sidewall.

Reaching into the box of tricks – winter accessories

winter tires are not compulsory for bicycles – but unlike cars, tires with studs are allowed. On packed snow or icy road surfaces, tires with metal pins are "the ultimate," says arne bischoff, who adds: "On dry roads, their rolling resistance and wear are much higher but noticeably higher."

That’s why winter tires for bicycles can be an alternative: their softer rubber compound, together with special sipe construction, optimizes grip on the ground.

Cyclists can effectively increase their visibility by attaching reflective elements to their feet – "because they attract a lot of attention with the whirling motion of their legs," says arne bischoff. Simple waistbands with reflectors are all that’s needed.

Pedelecs: how to conserve battery power

The pedelec battery also deserves attention. According to Jurgen grieving, the battery should only be charged when it has reached room temperature: "If it is too cold, it cannot be fully charged."a sudden change in temperature can also cause condensation to form, which can damage the electronics.

While riding in the cold, e-bikers can also save range by warming the battery, for example with special neoprene battery covers that are available for popular models.

Whether you’re riding an e-bike or a normal bike, mudguards are always a good idea for arriving cleanly at your destination in slush and snow. They also protect sensitive components from dirt and road salt.

On longer journeys, it is still possible that the wind bites into the face or even light frostbite threatens. Special cold creams have been developed as an antidote. the mixtures are low in water and high in fat – this also insulates the face and keeps the skin from drying out.