Coco (2017): The conservative family image has infuriated me

Sometimes a movie at its core has something that bothers me so much that I just can not ignore it no matter what else it has to offer. Pixar Coco is beautifully designed and animated, he has great songs and gags. But deep inside him is such a conservative family image that Coco in my view, does not even allow his characters the chance to truly learn from their mistakes. So I went frustrated out of the cinema, unable to really enjoy the colorful spectacle.

Miguel is not allowed to make music because his great-great-grandmother Imelda was abandoned by a musician. So far, so comprehensible. It is, of course, stupid that Imelda did not blame the bad character of her husband for blaming the music, but traumatized people sometimes make irrational decisions.

It’s tragic that subsequent generations carry Imelda’s spell to any music without question, but that’s the way families work sometimes. As in the (probably apocryphal) experiment with the Five Monkeys, the Bananas, and the Chief, Miguel’s grandmother Abuelda is the greatest executor of the golden “no music” rule and the first person to do the villain who did not return from his musical journey no longer knew personally.

Clearly, I think that four generations later, Miguel begins to rebel against the taboo and just still makes music, certainly partly because it is prohibited. But he is stuck in a fundamental conflict: Miguel must face his family, even though he has deeply internalized that family is one of the most important values ​​in general. Music (individual) is important. Family (collective) is important. Both can not coexist at the beginning of the film, so Miguel spends the entire movie dissolving the contradiction. In the end, of course, he succeeds, but the how’s still annoys me.

Many of us may know Miguel’s struggle – who has not had to make a decision that runs counter to their parents‘ beliefs – but few of us have probably had the opportunity to travel to the Realm of the Dead to confront our dead ancestors , Miguel gets them, and lo and behold: his great-great-grandmother Imelda is still as stubborn as ever and just wants him to return to the world of the living with her blessing, if he cares about the music, that is, the thing that makes him an individual renounces.

This stubbornness gives up Imelda towards the end of the film. She releases Miguel without any condition. But not because she realizes that it was stupid to blame the music for her misfortune at that time, but only because Miguel can show her in a mixture of coincidence and great effort that her husband Hector did not want to abandon her , External circumstances, in this case an insidious murder, are to blame for not returning home to wife and child. This knowledge uncovered by Miguel lays the foundation for the entire dissolution of the film: Hector’s rehabilitation not only sends Miguel back to this world, she also allows Hector, on Dia de los Muertos come back to visit, and the family to make the music again a part of their identity. In the end, everyone happily dances to the sound of the guitar. Hooray!

Miguel is really lucky that his great-great-grandfather was innocent. If he had actually been a nonsense that the film looks like for a long time, Imelda would probably never have changed her mind. Miguel would either have been trapped in the realm of the dead or, with the help of his worthless father, he would have returned to the world of the living to either be cuddled or banished from his family. 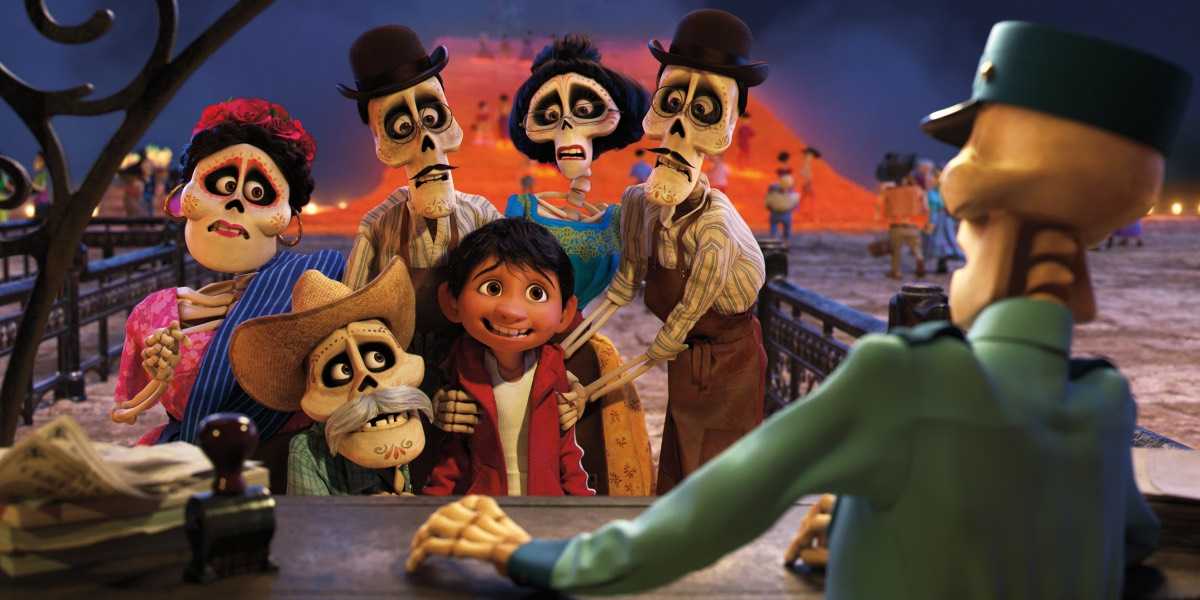 None of the characters in Coco recognizes that it is fundamentally wrong to cement family ties by banning music, just as it is wrong to prevent terror by referring Muslims from the country. None of the characters realize that – regardless of Imelda’s decision four generations ago – it is fundamentally wrong to ban Miguel’s music, which literally stings his blood, as wrong as it would be to have a child in only to keep the family if it denies its homosexuality.

Love and forgiveness are easy when they are made easy. When new information comes to light that shows you that the hated great-great-grandfather was not a bad guy after all, but even a hero, the true genius behind the success of the singer Ernesto de la Cruz, it is a cardboard handle, the music back into the family to integrate. But the truly difficult task in art as in life is to love people, even though what they do is in contradiction with what one believes. It is true of greatness to be able to apologize (and to obtain) an apology, although one was convinced for a long time that it had done the right thing.

In Coco that would mean that four generations would have to admit to Miguel that their thudding on tradition was wrong. But that would not be compatible with the family picture of the film. The family is sacred as a moral pillar. It makes no mistakes, at most out of ignorance, and its traditions may only be changed if it turns out that they are based on false prior knowledge. This is a family picture I do not want to live with.

I want to endure contradictions and maintain openness. And if my family does not go with it, then it must go without them, even if that is a pity. Maybe that’s what I’m thinking because my parents did it roughly like that with their parents about 30 years ago. But I think it is also a sticking point of human coexistence. You do not have to accept intolerant behavior just because you’re blood-to-blood with people, and you can try your own life, even if it’s not what ancestors thought decades ago.

After I came out of the cinema, I have my problems with Coco shared on the Internet in shortened form and I was partly clearly contradicted. It’s true that Coco from the beginning on Miguel’s side and that unlike other films from the Disney Pixar universe, the film actually allows its hero to change the world around him, rather than accepting his role in it deterministically. But he just does it, as explained above, only cognitively and not morally.

It’s also true, as one film critic colleague reminded me, that the film positively infects the concept of the “election family” – which has become extremely important in queer circles in the US – when it shows that Hector is loving kind with other half-forgotten dead WG leads, in which people call each other “uncle” and “aunt”. But that does not change the fact that Coco Blood relatives settles much higher – because when Hector at the end of the film can march proudly with his “real” family on the flower bridge, his electoral relatives are as forgotten by him as by their families in the world of the living. That’s a pity. 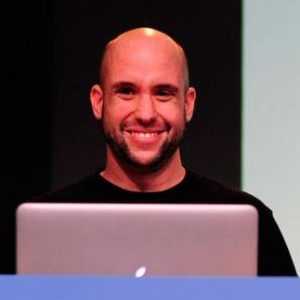 Alexander Matzkeit writes about film, media and the future among others for epd movie, kino-zeit.de, the Technology diary and his blog Real Virtuality. He moderates the pop culture podcast “Kulturindustrie”. 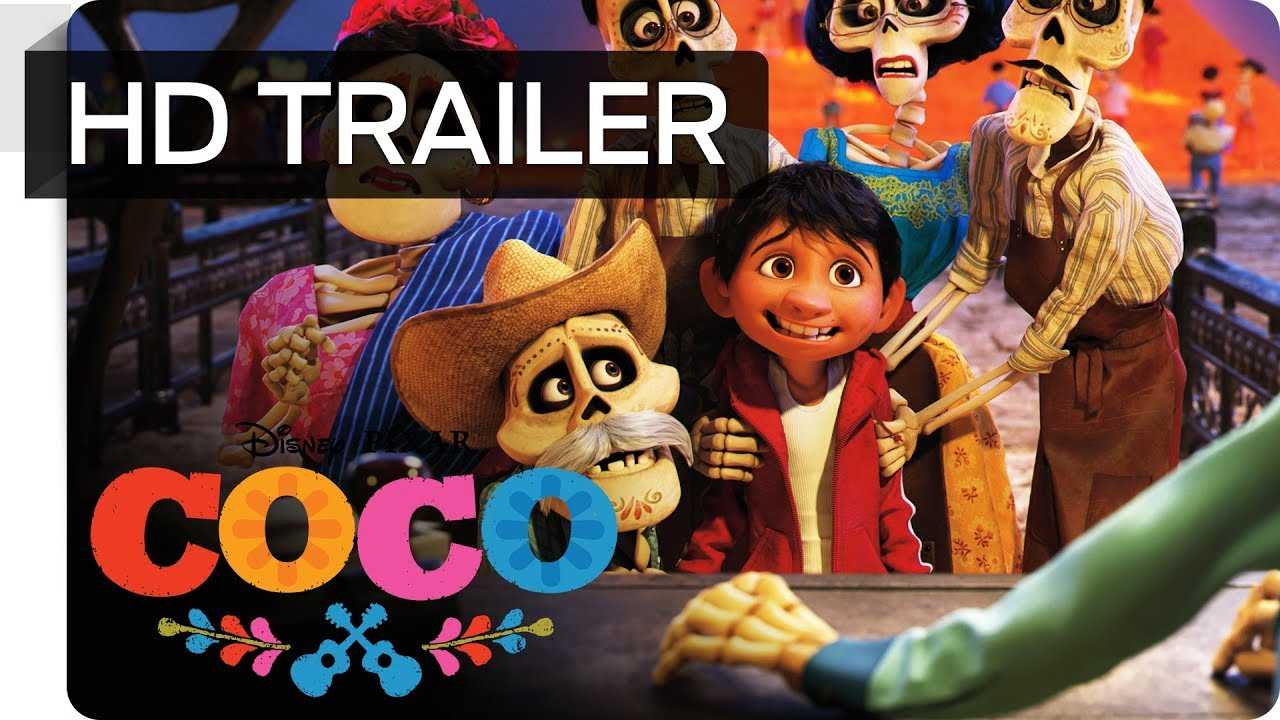