June 12th is World Day Against Child Labor. According to the UN, around 168 million children work worldwide. A lot of them in Africa. The situation is particularly bad for many child laborers in the Congo. 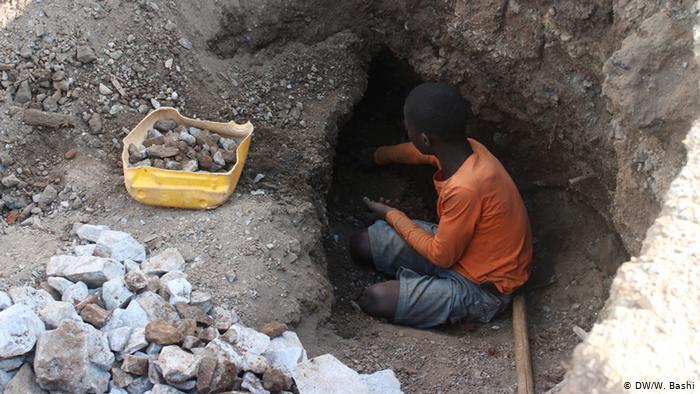 Many children in the Congo have to work (archive picture)

"The working conditions in the mines are miserable. Many children are physically broken. There are whole tunnels that are dug by hand. They dig with their bare hands, with machetes or with spades. And it is not uncommon for accidents to happen. They are buried alive after landslides." Faustin Adeye describes the working conditions in the cobalt mines in the south of the Congo so drastically. He represents the Catholic aid organization Misereor on site.

According to the UN Children’s Fund Unicef, around 40,000 children work in the mines in the south of the Congo. Her earnings are $ 1 to $ 2 a day. To do this, they have to spend up to 24 hours underground. Some children are said to be just seven years old. According to the human rights organization Amnesty International, cobalt is one of the raw materials that children mine there – often without protective clothing.

What responsibility do large corporations have?

The coveted raw material is used for smartphone batteries. So it ends up in the smartphones of Apple, Microsoft, Samsung and Sony. Cobalt can also be found in the electric cars from Daimer and Volkswagen. However, companies do not want to be associated with child labor. DW had already asked some of them to comment in December 2016. 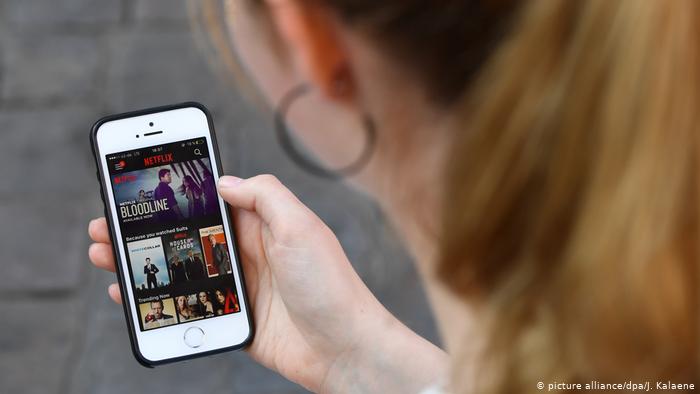 Cobalt is mainly used for smartphones.

Daimler AG announced in writing that it required all suppliers to comply with the applicable international rules and laws. The Group’s guidelines regarding working conditions, social and ethical standards and environmental protection went far beyond legal obligations. Suppliers have also undertaken to comply with these minimum standards, said Daimler.

BMW admitted that it also processes cobalt from the Congo when producing certain batteries. At the same time, the car manufacturer from Bavaria announced a meticulous check of its suppliers. It must be ensured that the BWM suppliers also do not tolerate any human rights violations.

Apple has now announced concrete consequences: In March, the US company announced that it wanted to stop the purchase of cobalt, which is mined by hand in the Congo. 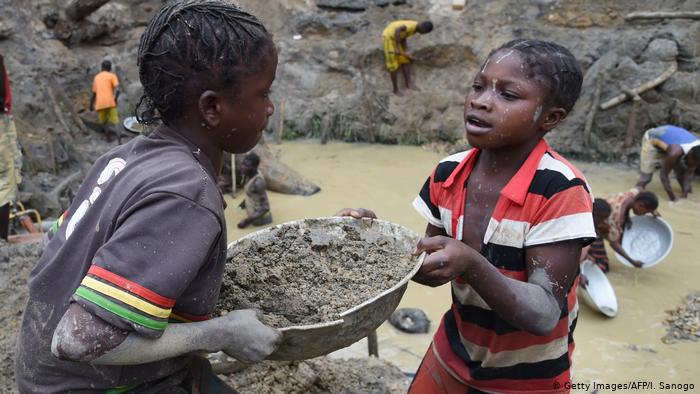 The largest deposits of cobalt in the world are located in the Democratic Republic of the Congo. Amnesty International, on the other hand, thinks the announcements are just nice words. According to Amnesty, at least 50 percent of the world’s cobalt is mined in the Congo. It is therefore impossible to rule out that the cobalt from the Congo would not end up in detours at companies worldwide.

Around 168 million children have to go to work worldwide. The International Labor Organization (ILO) launched the International Day Against Child Labor in 2002 to draw attention to its situation. It takes place every year on June 12th.

This year, the focus is on how conflicts and disasters affect child labor. Wars and environmental disasters threaten human rights. Children are particularly affected: in these situations, they often lack access to education or lose their families. This often drives them into child labor.

The United Nations wants to solve the violent deaths of hundreds of people in the Democratic Republic of the Congo. If the government did not want to clear up the incidents itself, the UN would do it. (06.06.2017)

"Coltan Fever": There is a piece of Congo in every cell phone

Cobalt is used in many electronic devices, but Salil Shetty, Secretary General of Amnesty International, says child labor is often involved in the promotion. DW spoke to him at the World Economic Forum. (01.21.2016)

Tens of thousands of minors work in the mines of the Democratic Republic of the Congo. According to Amnesty, global electronics companies cannot guarantee that they will not use cobalt from child labor in their devices. (01.19.2016)

Working instead of school – child labor in Africa

Child labor increases on the African continent +++ Fight against violence in South Africa +++ No World Cup tourism in Namibia (08.06.2010)

Hundreds of children work in Nigeria’s gold mines. Just a few months ago, 28 toddlers died of lead poisoning. Not much has changed since the tragedy. DW correspondent Adrian Kriesch was on site. (25/08/2015)

More from the rubric

Work on the Grand Ethiopian Renaissance dam is in full swing – as are attempts to resolve the conflicts between Ethiopia and the neighboring states on the Nile affected by the dam.

The Biafra war in eastern Nigeria shook the global community 50 years ago. Internationally, celebrities called for the end of the war – including German personalities. But where did this sol come from? >

In the Biafra war, up to three million people died within 30 months. The consequences can still be felt today. Even if not everything is as it seems. The end of the war celebrates its 50th anniversary on January 15.

After his nightly reflection period, the militia leader left without signing the ceasefire agreement negotiated on Monday in Libya. Previously, the signs had indicated relaxation.

Libya conference in Berlin is coming

Germany will mediate directly in the Libya conflict later this week. A date is already emerging. Italy is now increasingly intervening in Turkey’s diplomatic efforts.

General Haftar wants to maintain a ceasefire in Libya

On Friday the renegade General Haftar had decidedly refused a ceasefire in Libya. Now he approved a corresponding proposal from Russia and the Turkey too. The ceasefire is already in effect.

Merkel and Putin are looking for a common line

Chancellor Merkel traveled to Moscow with Foreign Minister Maas for a meeting with President Putin. The meeting is of great importance given the tense situation in the Middle East.

Crisis Summit on Terror in the Sahel

Heads of state from West Africa and France meet in Pau, France, on Monday. The summit is intended to seal a new strategy in the fight against terrorism. But resistance in Africa to foreign soldiers is growing.

The federal government wants to get opponents in Libya and their foreign supporters around a table. There is a lot at stake. But the resistance is enormous.

Turkey sends soldiers to Libya. Many ambiguities remain for the Turkish population. The exact task of the fighters and a suspected cooperation with Syrian mercenaries is still puzzled.