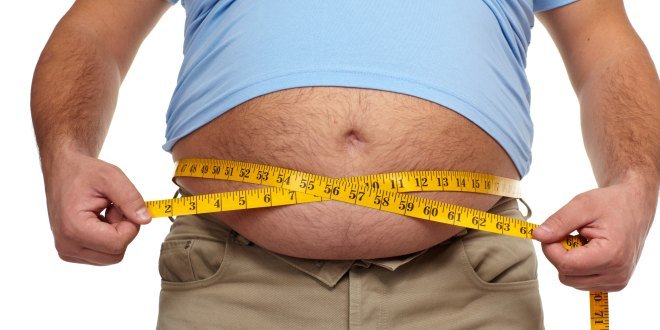 Unfortunately, the consequences of being overweight are not well known in society. Every year thousands of people die from the consequences of overweight. Studies show that life expectancy in people with relevant overweight is clearly reduced. For example, in people with a BMI of 35, the mortality risk is increased by a factor of 2.5 compared to normal weight people. Life expectancy for 40-year-old overweight people is reduced by three to six years compared to slim people. If it is a very strong obesity, the Life expectancy can even be reduced by up to 20 years. Of course, not every kilo too much has such devastating effects that it results in a range of complications. A few pounds too much on the hips are even better for the body than underweight, according to studies, but it should not exceed a certain amount.

A stronger overweight usually brings one lower physical resilience with yourself. It comes faster Exhaustion, shortness of breath and sweating. Of course, this harbors a vicious circle, since the resulting lack of exercise does not counteract excess weight. Obese people have one significantly increased risk of developing cardiovascular diseases and ultimately to die from it. The higher body weight means that the heart has to work harder to supply the entire body with sufficient blood. Due to the increased cardiac load, one usually develops in the long run heart failure (heart failure) where the heart is no longer able to efficiently supply the body with blood.

Due to the increased fat content of those affected, they usually also suffer from one arteriosclerosis, where it becomes a Calcification of vessels comes, which narrows their diameter so that the Body poorly supplied with blood can be. Atherosclerosis is caused by, among other things increased fat in the blood , especially because of the Cholesterol levels increase. The so-called bad cholesterol, the LDL cholesterol, then settles in the vessel walls. The increased cholesterol level also leads to one increased formation of gallstones, that can be very uncomfortable and that Increase risk of gallbladder cancer.

An almost inevitable disease in overweight people is Sugar disease, type 2 diabetes mellitus. Due to the increased supply of carbohydrates and sugar, the pancreas produces a high level of insulin, which is supposed to naturally lower the sugar level. Due to the constantly increased insulin level, the body develops resistance to the hormone at some point. This means that the cells no longer respond to the hormone. This condition is reached much earlier in overweight people than in normal people.

If all of the diseases mentioned above, i.e. the sugar disease, the fat metabolism disorder and the high blood pressure, occur together with the overweight, this is referred to as metabolic syndrome. All of these diseases also contribute to the atherosclerosis mentioned above. The risk of a heart attack and a stroke is significantly increased.

Through a mostly very high-fat diet develops in the most Cases also one fatty liver. The fatty liver favors other diseases of the liver, such as inflammation. Sometimes a fatty liver can also become a cirrhosis develop, which is associated with an increased risk of cancer and in which the work of the liver is restricted.

Likewise, the concentration of uric acid is often increased due to the malnutrition of obese people, causing it to gout can come.

The risk of certain types of cancer is also increased. This includes the woman Breast cancer and cervical cancer. Among other things, this is due to the changed hormone levels of overweight women. But that too Risk of colon cancer and gallbladder cancer is increased in both men and women.

Of course, due to the increased body weight, too Joints are more stressed, so it wears out faster, so one arthrosis. Often, the increased joint load with malpositions of the legs / feet and incorrect posture of the body is attempted to compensate, so that the pain of the arthrosis only occurs later. Above all, the knee, hip and ankle, as well as the spine are affected.

Almost any of the listed consequences can be reduced by reducing weight or the severity of the disease that has occurred can be minimized. Life expectancy also increases again after successful weight loss.

Read more about it at: Osteoarthritis and obesity

Consequences of being overweight in children and adolescents

About 15% of all children in Germany are overweight. The more pronounced that Overweight in children is, the more likely it is that obesity will persist in adulthood. This also depends on whether the parents are also overweight. Obese children have one early significantly increased risk, especially of type 2 diabetes mellitus (sugar disease) to get sick. Colloquially, type 2 diabetes mellitus is also known as age sugar because it usually only occurs with an older age. In the meantime, however, many overweight children and adolescents are also suffering from type 2 diabetes mellitus. The disease is caused on the one hand by the overweight, but also by a lack of exercise that is usually associated with this. The body no longer responds adequately to the hypoglycemic hormone insulin. The insulin resistance can have another effect besides the sugar disease. You can increased testosterone levels in girls effect what a masculinization (virilization) brings with it. This can be expressed, for example, by a lower voice or increased hair. Furthermore, it can become a so-called polycystic ovarian syndrome lead what sometimes in one infertility ends.

Read more on the topic: Diabetes in children

Because the sex hormones of the woman, the estrogen, are formed in the adipose tissue, among other things, this occurs in obese girls early puberty. The earlier onset is also due to the fact that puberty starts at a certain body weight. This body weight is logically reached earlier in overweight children, so that puberty begins earlier. Due to the change in hormone levels compared to normal weight children, it often happens Disorders in the cycle. For example, menstrual periods occur more irregularly or fail to occur altogether. Estrogen is not only present in the female body, also in boys to produce Estrogen, just like girls have testosterone. This means that overweight boys also produce more estrogen in their adipose tissue, which causes a breast attachment (gynecomastia) can train.

The hormone IGF (also formed in adipose tissue, among others)Insulin like growth factor), which is a growth hormone. Due to the increased production in overweight children, there is one faster length growth and premature skeletal maturity. The rapid growth causes the connective tissue of the skin to tear, so that adolescents often have many so-called stretch marks.

Even in childhood there can be one in very overweight children Wear of joints come. Overweight children are more likely than normal-weight children to develop spreading feet and flat feet, as well as X- or bow legs. They usually arise as compensation for the increased body weight. In overweight adolescents between the ages of 10 and 14, the risk of a hip head disease, the so-called Epiphyseolyisis capitits femoris, in which the femoral head slips. The disease carries the risk that the femoral head can no longer be fed via the blood vessels and dies.

Obese children often suffer more mentally than obese adults. Your self-esteem is often lower and it is not uncommon for depression to develop. In general, this is the case with overweight people Rate of depression and anxiety disorders elevated.