Fortunately, in the past, it was mainly older people in Kurschicket and even young adults who had doubts whether such a measure was necessary, but this attitude has fundamentally changed. In the meantime, it has even been recognized that many children under the age of 14 also need a cure. For many different reasons, a break with comprehensive measures to solve physical or psychological problems may be necessary at a young age. The range of spa stays especially for children is growing. In the following you can find out about the formal courses, the most common diseases that are why children go to the spa, and clinics especially for children.

Stressful everyday life and various personal and social problems not only affect adults, but increasingly also children. In addition, there are diseases that previously mainly affected older people, but which now also have children. Small children and elementary school children, for example, already suffer from rheumatism, a typical old-age illness believed previously. Postural problems and back problems also torment the children every day. Due to the lack of exercise and the many sitting at school, in front of the computer or television, these diseases increasingly occur in children. To counteract this, there are numerous different cures that are specially designed for the well-being, treatment and needs of the little ones. 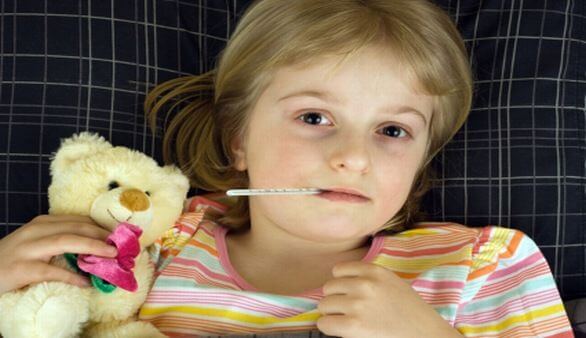 If your child has rheumatism, a stay in Garmisch-Patenkirchen, for example, is highly recommended. This is where the German Center for Child and Adolescent Rheumatology is located. Here, many doctors and psychologists look at how to best help the child. Because rheumatism is not the same as rheumatism. Rather, there are over four hundred different rheumatic diseases, all of which require different treatments. Therefore, very different measures are used in Garmisch-Patenkirchen. In addition to medication, baths and physiotherapy are also used. The team is very open to questions from children and parents. You will also receive psychological support around the clock during the treatment.

The Klink Schönsicht in Berchtesgaden is also specially designed for children and young people. Morbidly overweight children are treated here. Obesity begins with one body Mass index of at least 30. Children who suffer from obesity bring along with a high and dangerous overweight also many psychological problems. So many eat out of frustration and have lost their feeling of satiety over time. In Berchtesgaden, on the one hand, weight loss is being initiated and, on the other, work is being done on the children’s psychological problems. For this, the children move sufficiently together with trainers. Dietitians divide the food. Even the smallest learn in cooking classes what it means to eat healthy. This knowledge is further deepened in class. Many children feel comfortable here for the first time as soon as they have overcome the homesickness at the beginning. Because here they are not teased because of their figure. First friendships develop. Here everyone has the same problem. In addition, psychologists talk to the children. Obesity often has a psychological cause. Food is used here as a substitute satisfaction for something missing. A common reason is a lack of care, the separation of the parents or teasing from other children. The little ones are starting to see food and sweets as a substitute pacification and consolation. A vicious circle from which they can no longer break out alone. Parents are welcome to come with small children. There is even a kindergarten here. School children are cared for in small groups. The children’s self-confidence is to be strengthened in numerous activities.

There are also numerous other cures for children. For example, there are cures for asthma and ADHD. Unless your child has a physical or mental illness, you should she with Talk to your doctor about whether a cure makes sense for the child.