Kindergarten, childminder or after-school care – looking after the youngsters can put a strain on your wallet. In order to be able to deduct childcare costs, some requirements must be met. This affects not only the age of the children, but also the type of care. For unmarried couples, divorced and single parents, different requirements apply than for married double earners. The legislator has also capped the maximum amount that can be deducted annually. However, it is encouraging that care by grandparents can be claimed for tax purposes if some formalities are observed.

Which requirements have to be met in order to claim childcare costs?

Childcare costs can be for up to two thirds of the costs incurred be claimed for tax purposes. However, the deductible amount is capped per child and calendar year. It means that a maximum of 4000 euros can be claimed for tax purposes can. If the expenses are 6,000 euros and more, two thirds of these can be stated at childcare, which corresponds to the maximum amount of 4,000 euros. If the cost of childcare is lower, the amount is correspondingly lower. Anyone who has spent € 3,000 can claim € 2,000. It is also possible to deduct childcare costs if these items do not accrue regularly but spread over the year. The maximum amount will be not reduced pro rata temporis. In order to be able to deduct childcare costs, the following requirements must be met:

The child lives in the household. Child allowance or an allowance can be claimed for the child. The child has not yet reached the age of 14.

Can care costs for stepchildren or grandchildren be deducted??

In order to be able to deduct childcare costs, it is unimportant whether they are biological children or adoptive and foster children. Costs for caring for grandchildren or stepchildren do not fall into this category. A The exception is for stepchildren, if a parent is married to a new partner and is assessed jointly with this partner on income tax. In this case, the legislator assumes that the step-parent part bears the care costs. This is because Spouses calculated as one person for special expenses become. It is also possible to deduct childcare costs if the child attends boarding school and there is a common family home.

Which age limits and restrictions apply in order to be able to deduct childcare costs?

The age limit of 14 years does not apply if the child is disabled. Parents can claim two thirds of the costs for childcare for tax purposes, however, a maximum of 4000 euros per year. The Handicap must occur before the age of 25 his. An exception applies if the disability occurred before January 1, 2007 and the child was between 25 and 27 years of age at that time.

What costs are deductible?

The Care facility fees parents sometimes have to pay four-figure amounts per year. The costs are to be stated as a special edition in the tax return and can then reduce taxes. However, these must be institutions that focus on the care and supervision of a child. That is with Kindergartens, daycare centers, a day nursery or a crèche given. In order to be able to deduct childcare costs, it is also possible to have a child Nanny, one week mother or one baby-sitter to be looked after. Even if it is in a lot of Institutions provide catering, this effort does not count towards the care costs. Meals cannot be claimed for tax purposes either. This should be taken into account accordingly on receipts.

Accommodation of the child in a kindergarten, a daycare center, a day care center and a day nursery with the Entry into primary school is supervised by a childminder, a childminder or a babysitter. The child is placed in an all-day care center. The child is cared for by a nanny, a nursery nurse, a maid or an au pair who also looks after a child Several children take on the hiring of a person who takes care of the homework while doing the homework

Furthermore, trips that are taken over by the person taking care of the child can be claimed when deducting childcare costs. Travel expenses to a caregiver coming into the house can be covered with the Travel allowance or that actually incurred costs can be specified. If there is an employment relationship, the traveling allowance based on.

What expenses are not included in childcare costs and why?

It is not possible to deduct childcare costs if the class is aimed at imparting special skills. These include, for example piano Lessons or ballet classes. coaching cannot be claimed for tax purposes any more than the sports club. Childcare does not include any applicable rates and lump sums for meals. This is the case when lunch is regularly served or breakfast is served in kindergarten. In order to be able to deduct childcare costs, one must supervisory or supervisory activity. Travel expenses to pick up a child from kindergarten cannot be claimed against tax.

How does tax registration work for parents living separately??

For the tax assessment after separation, all children who live in the household of one parent are calculated. On residence model is when the child lives permanently with one parent after the divorce and is visiting the other.

The situation is different with the so-called exchange model out. This is the case if the parents exercise shared custody after the separation and the child lives alternately with the father and mother. The change model is not yet fully established in terms of law and taxation, since no parent acts as a single parent. The Child benefit is considered an indication of membership of the child. Is crucial, who signed the contract for the care facility Has and transfer the costs. If only one parent has signed, the other cannot deduct the childcare costs. This also applies to couples who live together without being married. As a rule, if both parents pay their share, everyone can pay the maximum actual expenses up to half of the maximum amount of 2000 euros for tax purposes. In order to be able to deduct childcare costs in a different distribution, a mutually agreed application from both parents be put. 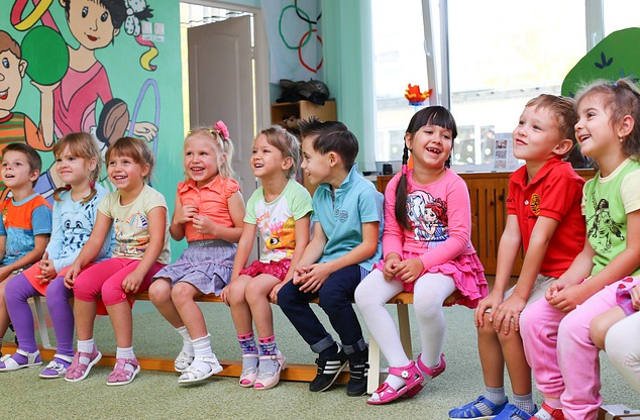 Furthermore, trips that are taken over by the person taking care of the child can be claimed when deducting childcare costs.

How are childcare costs correctly stated in the tax??

The care costs have been increasing since 2012 specified as a special edition. That means the This does not cost when determining the income considered become. In accordance with Section 2 (4) of the Income Tax Act, they are only deducted from the total amount of income once the income has been determined in the tax return. For each child, the childcare costs are stated in the tax return in the child appendix on page three. There is an extra section here to be able to deduct childcare costs. Those who have more children have to fill in a separate system for each child. Does the employer grant one? Kindergarten grant, this must be specified. Your own costs, which can be claimed for tax purposes, will be reduced accordingly. The Employer benefits for the accommodation, accommodation and meals of children not required to attend school of an employee are exempt from tax and social security.

The amount of employer subsidies is not capped. This means that costs for exclusive, private facilities cannot be claimed in your own tax return, but the amounts are reimbursed completely tax-free and are not taken into account when calculating the tax rate (progressive tax). Beneficiary benefits include Benefits in kind such as in-house kindergartens such as Grants for kindergarten fees and costs of comparable facilities.

Which documents are required for tax registration?

In order to be able to deduct the childcare costs, the Invoices and fee notices in the name of the taxpayer be issued. If the reimbursement is due to an employment relationship, the tax office must written employment contract or a corresponding au pair contract be presented. An invoice must also be submitted if the Travel expenses paid to a caring family member become.

All receipts must provide information on the following items:

the cost of care, the period in which the services were provided and the name and address of the supervising institution or person

How can a loan help??

Childcare can cost money. Sometimes tax reimbursement is a long time coming, often other purchases go beyond the family budget. To the bridge financial bottleneck and paying the childminder’s wages can help with a short-term loan. The Vexcash loan is available as a flexible loan within 60 minutes, with a term of up to 30 days.

The child is looked after for professional reasons. What evidence is required?

Childcare costs can be deducted if a corresponding childcare contract can be presented with the institution. If a discount is granted by the employer, this must be taken into account in the tax return. However, hiring yourself as a childminder for your own child is not possible.

The child is cared for by a close relative. The costs can be claimed?

Some parents do not want their child to be overseen by strangers. Many grandparents also look after the grandchildren. The Finanzgericht Baden-Württemberg has ruled that Travel expenses paid to parents or in-laws for childcare may be listed in your own tax return (AZ 4 K 3278/11). Despite family courtesy, it is therefore appropriate to the grandparents 30 cents per kilometer driven to refund. They do not have to pay tax on the amount because it is an expense allowance. Nothing speaks against it with the grandmother to conclude a working agreement in writing and pay her an hourly wage. In return, the grandmother issues an invoice every month and the wages are transferred.

The child attends a bilingual kindergarten. The costs can be deducted from the tax?

Many parents want their child as early as possible in contact with foreign languages comes. The registration in a bilingual kindergarten is then obvious. Childcare costs can be claimed here. Because the youngsters are taught the foreign language at ease, which is why the tax office sees no obstacle to claiming the support as a special edition for tax purposes.

What are the rights of low earners, students and the unemployed??

In a marriage in which only one partner earns income, childcare costs can only be deducted for children between the ages of three and six. If the children are older and there are costs, they can Spending on the area household services asserted become. Otherwise, anyone who is gainfully employed can deduct childcare costs. This means that mini-jobbers and part-time workers also benefit. However, only if taxes are paid, which is why this is not possible for the unemployed, students and low-income earners.