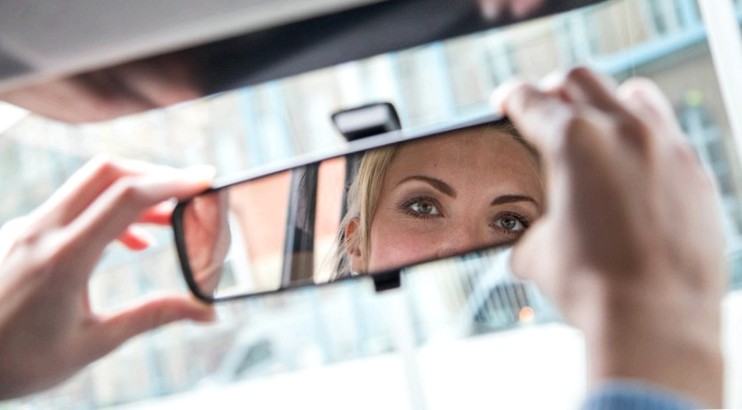 according to the dekra traffic safety report, women are significantly less likely than men to engage in accident-related misconduct in road traffic.

The latest traffic safety report from the testing organization dekra shows that men cause accidents significantly more often than women. The second major risk factor is age – the youngest and oldest drivers in particular are at risk.

Senior citizens and young people are among the greatest risk factors in road traffic – especially if the latter are male. This is the result of the latest traffic safety report published by the testing organization dekra. For this study, accident researchers compared the number of car drivers of a certain age group involved in accidents with personal injury to the number of accidents caused by the same age group. The study showed that middle-aged people make significantly fewer mistakes on the road than young and old people. In addition, women up to the age of 65 were less likely than men to have committed accident-related errors. Only then does the error rate gradually level out. 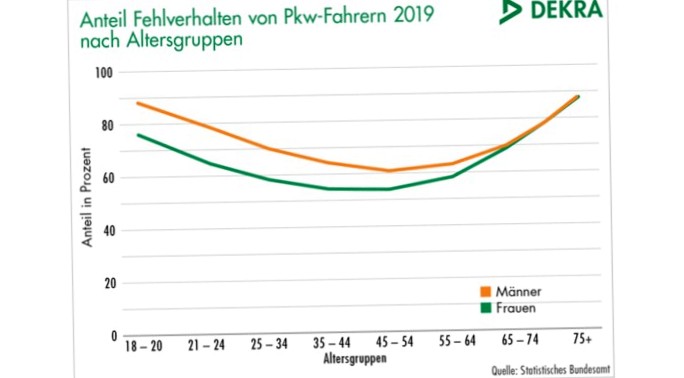 Dekra has compared the number of car drivers of a certain age group involved in accidents with personal injury to the number of accidents caused by the same age group. The report shows that young novice drivers and senior citizens are particularly high risk groups.

However, there are clear differences between younger and older drivers with regard to the types of misconduct that lead to accidents. While inappropriate speed and insufficient distance still account for around 40 percent of accidents among 18- to 24-year-olds, this figure is only around 15 percent in the 65+ age group. In this age group, however, disregarding the right of way or priority occurs particularly frequently (ca. 22 percent) to. Turning errors come in second place (approx. 12 percent). These sources of error are all much less common among younger drivers. 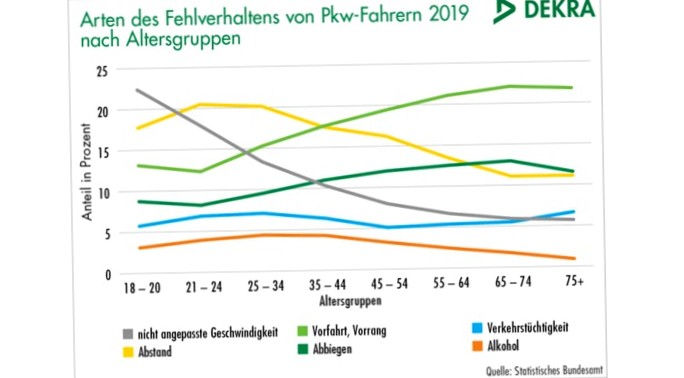 Depending on the age of the driver, the frequency with which a certain misbehavior leads to accidents changes. Several types of misconduct can sometimes be observed in an accident.

Complex traffic situations can be overwhelming for older drivers

In view of these data, Dekra points out that complex traffic situations play an increasingly important role in the accident-causing behavior of car drivers as they get older. Here there is a correlation with physical or health limitations. According to dekra accident researchers, for example, the decline in mobility with age leads to problems with shoulder vision or changing the direction of gaze. In addition, there are longer reaction times, often due to the influence of medication. Biological aging processes would also reduce the amount and complexity of information that humans can process. This, in turn, can lead to fatigue or psychological stress while driving. It is also more difficult to estimate speeds and distances. "Measures for safe mobility in old age by car must therefore focus primarily on complex traffic situations", explains dekra accident researcher markus egelhaaf. In addition to optimizing the infrastructure, assistance systems in vehicles could help here.

90 percent of accidents are caused by human error

All in all, humans have been the number one cause of road accidents for years. According to the federal statistical office, in 2019, 88.2 percent of accidents with personal injury in germany were caused by driver error. In addition, 3.2 percent of accidents were caused by pedestrians. the first priority in preventing road traffic accidents is therefore the individual "who, through responsible behavior, the correct assessment of his or her own abilities and a high degree of safety, is able to avoid accidents in terms of rule acceptance, it can contribute to greater traffic safety", accident researcher markus egelhaaf emphasizes. At the same time, vehicle technology and road infrastructure could help to prevent high-risk situations from occurring in the first place or to mitigate their potential consequences