The federal government wants to drive digitalization in schools and has recently drawn up a draft law for this. Opponents panic. scoyo managing director Daniel Bialecki thinks this is nonsense. 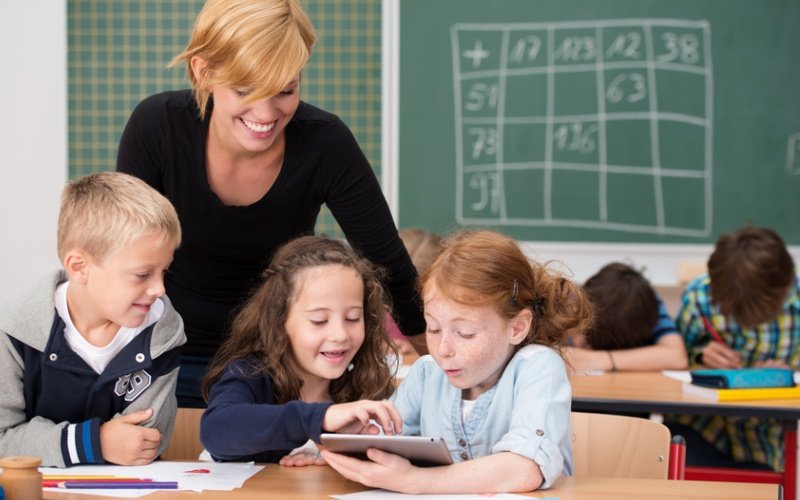 "The federal government demands computers for teaching", it says on Spiegel Online. That should regulate a state treaty. Broadband internet for all schools, computer science from elementary school and algorithms as a compulsory course would be the result. What do you make of it?

Daniel Bialecki: I think that’s good in principle because something moves. I also think it’s good that the federal government is getting involved, because federalism is simply a problem in ours Education System. At the same time, I am a little worried about the implementation: It can take a long time before a state treaty is completed.

But what I find most interesting is what this means in reverse: "It doesn’t work on its own!" That means the state has to intervene to get us out of the midfield in an international comparison. It doesn’t work from schools alone. This certainly has a lot to do with the financial resources available. Without a good teacher education, the whole thing will not work either. Above all, this should be worked on. And faster, no, it has to go.

Why do you think it is so important to drive digitization in schools??

Daniel Bialecki: The Internet and digital media in general have become indispensable for future developments. They are the greatest cultural asset of our time, and they have an enormous number of advantages. Among other things, we can use digital media to illustrate connections better than a book will ever be able to. But of course new media alone will not work either. The mix does it. And if we want to get the best out of this cultural asset at some point, we have to introduce the younger generations to the new media.

Now there are also some who are against digital media in primary schools. The authors Gerald Lemke and Ingo Leipner are at the forefront ("The lie of digital education – Why our children unlearn learning"). They claim that digital aids up to the age of 12 have no significant positive effects – children would only "wiping skills" acquire, but no knowledge.

Daniel Bialecki: This is total nonsense. For one thing, I just don’t believe it. The authors owe no real evidence. On the other hand I don’t think of rules in general a la "do it from ten years, that’s allowed from twelve years". This makes no sense in developmental psychology, because every child is different and takes things up differently quickly and well. Ultimately are we Parents, schools and education providers responsible for, Introduce children to digital media and both opportunities and risks show.

Let’s take the example of driving a car: young people allowed to only get their driver’s license when they are 18 years old. Of course that’s a good thing. Nevertheless, they come into contact with transportation all their lives beforehand and gradually learn what rules are all about, how to react, what dangers there are and so on. That means that we let our children take part in the traffic early (passively), discuss what they have experienced and also point out risks.

This is exactly what could be transferred to the field of digital media. Incidentally, it would make a lot of sense to have a kind Exam for media literacy at school introduce