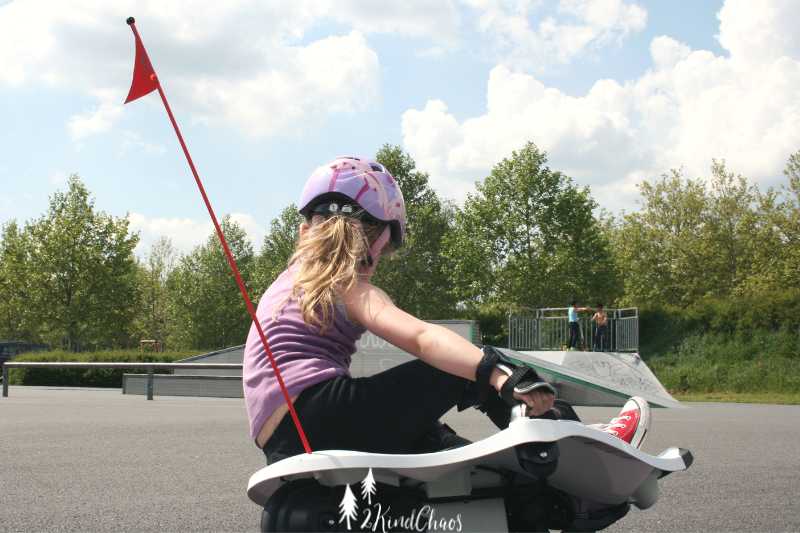 Finally the nasty rain weather is over, and mum, uh the kids, can finally get some fresh air again in beautiful sunny weather. But wait, what’s going on? Right, the dear little ones would rather play inside or watch videos. Whyooooo. If you also know the problem, I have a really, really great idea for you: the Nighthawk by Rollplay is an ingenious possibility for children from 6 years to really flash off and have endless fun. And yes, I know what I’m talking about, because I tried it (hüstel). Mega! I’d like to introduce you to the battery-operated roll artist and in the end there’s also the chance to win something, namely 3 overnight stays for 2 adults and 2 children up to 12 years in a children’s hotel, believe it or not, 4 Nighthawks. It’s worth participating!

Guys, I’ve rarely found anything as awesome as this cooperation. I’ve never seen anything like the Nighthawk before – is it a skateboard, a soapbox or perhaps the most ingenious invention since the battery-powered children’s car? I think it’s cool, but the Nighthawk also has a sporting component. You can’t just sit on it and jet off, you have to get a little familiar with the controls. That’s why it’s only suitable from 6 years and up to 60 kilos. There is an accelerator pedal and a brake; similar to a car, you can control how fast it drives or brakes by pressing your foot. By the way, it can drive up to 12 kmh. You steer with your whole body: you hold on to the handles and steer by tilting to the right or left. If you want to drive straight ahead, you have to be able to keep your body straight. But you can do that with a little practice. In any case, it is important that you do not drive in traffic, but on private grounds or a skate park, and of course with suitable protective clothing. 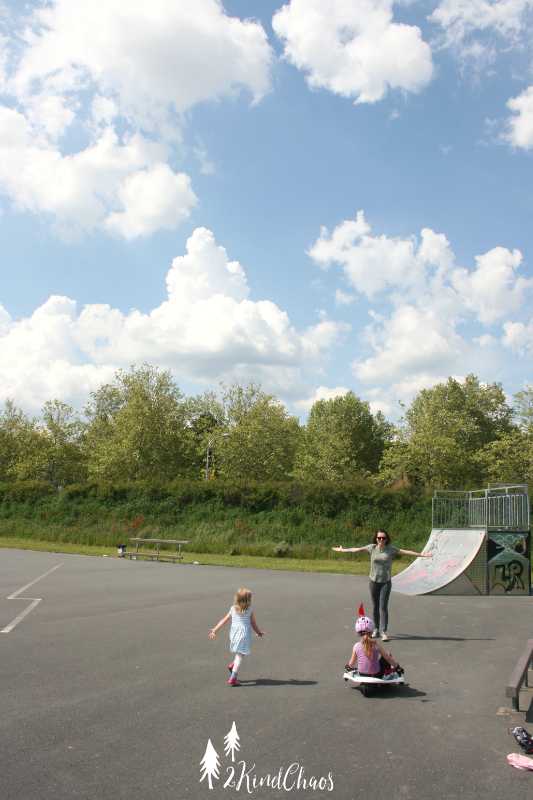 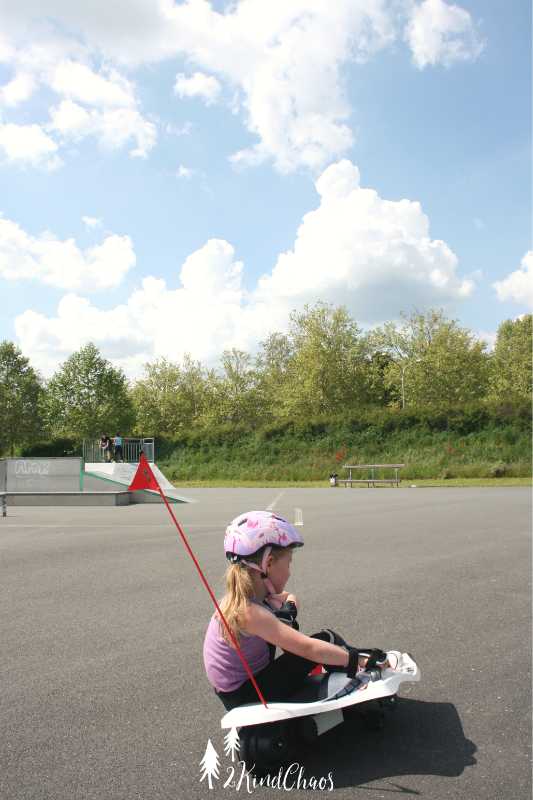 My children were only screaming when they saw the packaging and wanted to try the Nighthawk from Rollplay. So we unpacked it and – möööp! – it has to be recharged for 12 hours. But it’s also really stupid because it’s so incredibly cool. But trial sitting was of course also like this, and the two of them practiced “dry” for a while. When we went to the skate park the next day, Peanut was a bit insecure. There were so many kids who went up and down the ramps with their scooters and skateboards, if they wouldn’t look? She just doesn’t like it so much when she can’t do something yet and others can laugh at her. So I offered myself heroically to test the wonder device first. Okay, by heroic I mean I was totally hot on it. I don’t want to brag, but since I weigh less than 60 kilos, I was officially allowed to drive a lap. Okay, it’s actually designed for children and my legs were one tack too long, but it worked. And because of the children’s toys, I couldn’t do it immediately with the controls either. After a few shaky practice rounds I managed to keep myself straight (abdominal muscle training!) and then giggled across the court while all sorts of kids looked interested. Something like the Nighthawk they probably haven’t seen yet.

So I could reassure Peanut – we would have got the part with the gawking behind us, and so she was a bit afraid to drive. I first showed her that it really was going very slowly when she only pressed it gently, and ran next to her. She quickly got the hang of it – embarrassingly much faster than me! Or is it because of my missing abdominal muscles? And in the end she just ran mega fast over the skateplace, laughing Little Pea trotting after her, and we had a lot of fun. The Nighthawk is definitely a device that we will be using for a long time to come, especially because it motivates my little couch potatoes to go out the door. I’m totally thrilled and so are the girls. 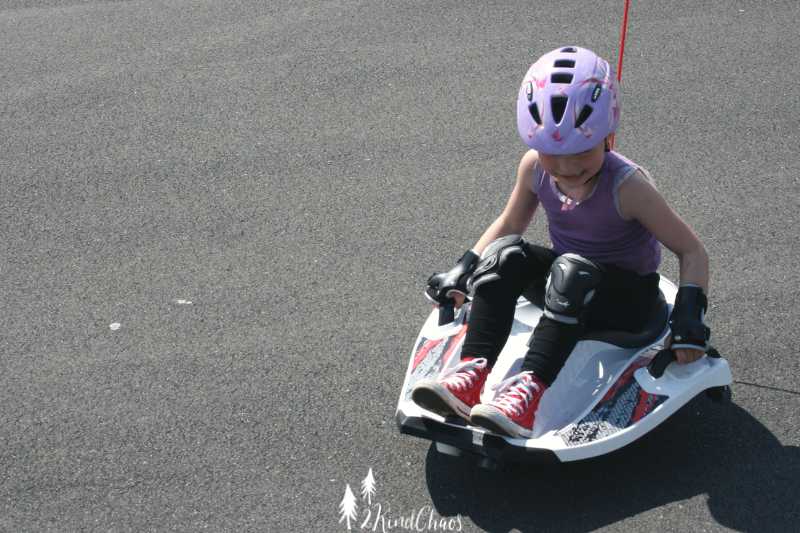 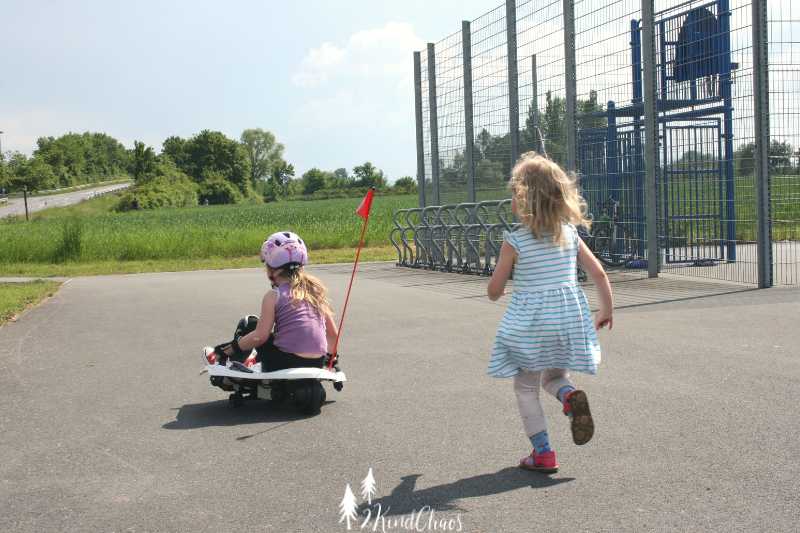 And now you can get some fresh air: win 3 nights at the Kinderhotel or a Nighthawk

Today there is no raffle directly on my blog, but you can take part in a survey about media competence and play behaviour of children between 6 and 10 years. Here you can find the survey. You can find the conditions of participation here. You can win a short holiday at the Kinderhotel for 2 adults and 2 children up to 12 years. The 2nd to 5th prize is a Nighthawk! Is it cool or is it cool? So join in quickly, I’ll keep my fingers crossed for you! 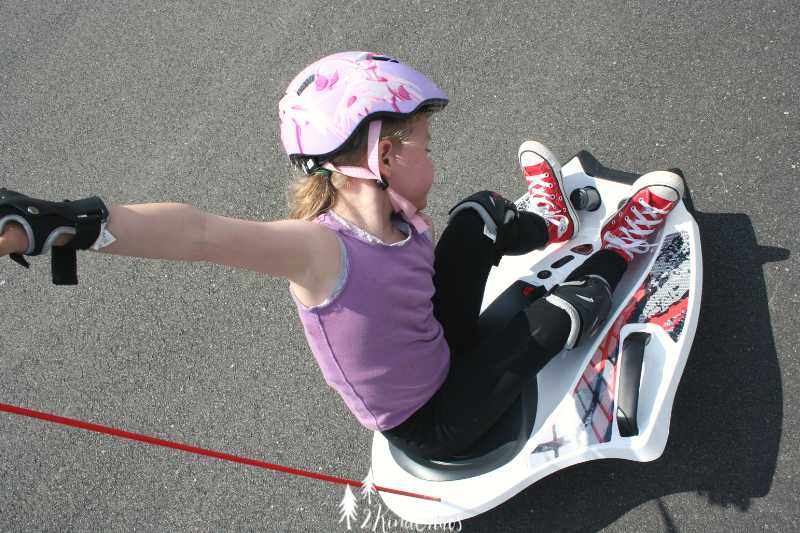 Would the Nighthawk be something for your children, too? And how do you lure them out into the fresh air?