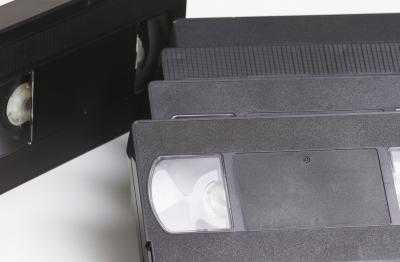 Dispose of old videocassettes – Where to go with old VHS?

Old video cassettes and films on VHS are still waiting for their fate on many attics and in many cellars. Here’s what you can do with the cassettes. Dispose, sell or donate!

The big time of videotape and VCR is long gone. DVD and Bluray have taken their place, and hard disk recorders and video-on-demand services are becoming increasingly popular. Still, many households still harbor large amounts of old VHS cassettes hiding in boxes in the loft or basement. With clean-up actions or budget releases, the outdated treasures, which take away a lot of space, are suddenly back in the hand.

You’ve probably landed here because you’re also wondering what to do with the old movies and tapes. You can either dispose of the videocassettes or try to sell them in one way or another. What is possible in this regard, you can read in the following.

If you have decided to choose the easiest way to disconnect from the old VHS tapes, the quick question is: how and where are videocassettes properly disposed of? There are two options for disposal, the garbage bin and the recycling center.

In which dustbin come videocassettes?

Most cities and localities recommend disposing of videotapes over the residual waste (gray / black ton), as long as it is just a small collection and not a large amount of cassettes that completely clog the bin or dumpster. Under no circumstances should old videocassettes be disposed of via the recycling bin (yellow bin). The polystyrene cassettes and their plastic straps literally make for tape salad on the conveyor belts of the sorting machines and block the operation considerably, which causes the disposers work interruptions and high costs. These annoying incidents can be avoided with proper disposal.

A collection of old video cassettes can hold a considerable amount of cassettes and quickly burst the garbage bin and dumpster capacity. If you want to dispose of a large number of VHS, a visit to the nearest recycling center may be the better choice. There you can get rid of the old cassettes for a small fee. Most of the time you will find cleanup actions and household resolutions as well as many other things that could be dumped at the recycling depot, so you do not have to drive just because of the videocassettes.

Before you dispose of all old VHS, you should make sure that no irretrievable treasures in the form of private family videos are thrown away. Not infrequently, people find that you have hastily disposed of such videos.

If you’ve found movies on the videotape that you do not want to part with, you might want to think about digitizing the recordings instead of just keeping the tape. VHS tapes are not a medium for eternity. Because they are subject to a slow but steady aging process, you may not be able to watch the recordings on them, even if they have a video recorder.

Dispose of VHS cassettes before disposal

Since you can never be 100% sure that discarded video cassettes are not yet used by someone, you should make recordings that are not intended for foreign eyes, unusable before disposal. The simplest method is to pull the tape out of the cassette and cut it off.

Some people edit the old VHS with a magnet or put the cassette in the oven until the tape has irretrievably deformed. In the last method you should take special care to avoid causing a fire!

If you do not want to dispose of your video and VHS cassettes immediately, you can of course try to sell them elsewhere.

You can try to sell VHS movies at the flea market through online auction houses like eBay or through eBay classifieds. Of course, the question quickly arises: how much are the old video tapes worth? Unfortunately, apart from a few rare collectibles, old video films are usually not worth much.

To determine if you own such a collector’s item, it is best to research online. You can search for Google + and eBay for movie titles + VHS. These websites will also help you determine the price of popular movies.

If there are no hidden treasures in your video collection, it’s best to sell the movies in the pack. However, you should not expect a big profit. The same goes for old empty cassettes, which you might have used yourself years ago. In trade, these empty cassettes are no longer available. Occasionally, however, there are still people who are looking for such cassettes and still use them for recording. If you offer the old empty cassettes (recorded and unused) in the convolute, you may find a customer.

Before you sell the video cassettes, you should definitely check their functionality. If when playing the tape is no longer an optimal picture, the cassette is better to dispose of.

Alternatively, you may consider donating the films to a charitable institution. Throughout Germany there are many small shops and social department stores run by these organizations. With a donation, you can make people happy who can not afford new films on DVD and Bluray. Especially children’s films are popular here.

With a short call, you can clarify whether your old video films there find a customer and may even be picked up. Maybe when cleaning up you have found other things that are still suitable for a social department store.