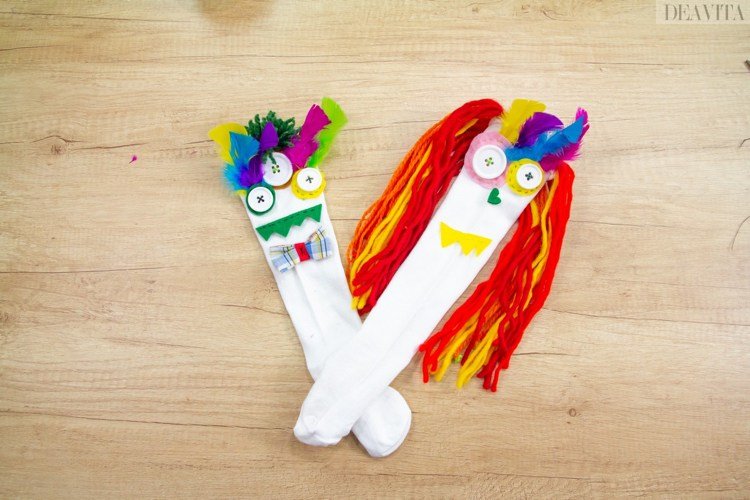 In ancient times people celebrated the end of winter and the beginning of spring and this is still celebrated enthusiastically. People organize carnivals, wear costumes and celebrate. We offer you a cool craft idea for the carnival – you can make crazy socks yourself. You will find detailed step-by-step instructions on how to make fun socks that can also be worn at various children’s parties. Accessories like a hat, a crown or a mustache are part of a cool carnival costume .

Accessories such as a hat, crown or mustache are part of a cool carnival costume. From now play the socks also play an important role in putting together the outfit. There’s a mixed-and-match trend, which means you’re wearing two different socks. For example, one sock has a bee print, the other is decorated with beehive patterns. Handicraft enthusiasts have further developed the idea and wear two socks with monster heads at various carnival events. The ones pictured above "monster" can be made in less than an hour. 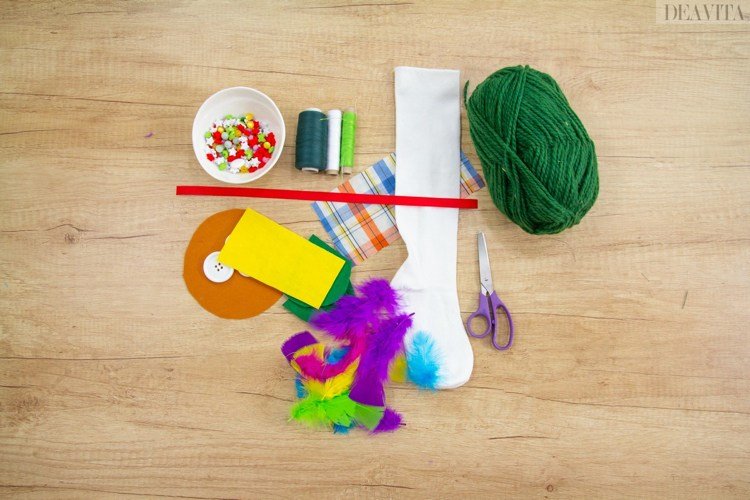 If you want to make crazy socks with monster heads, you need an hour and the following material:

Felt in green, orange and yellow 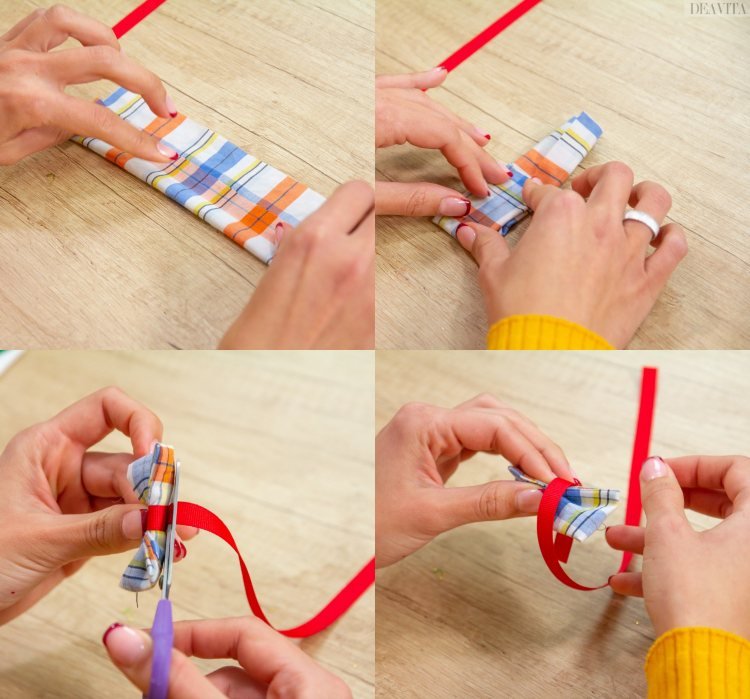 The first thing you need to do is make a bow tie with the plaid print out of the fabric – the instructions in four easy steps can be found in the photo above. You can sew the ends of the fly together or glue them together. 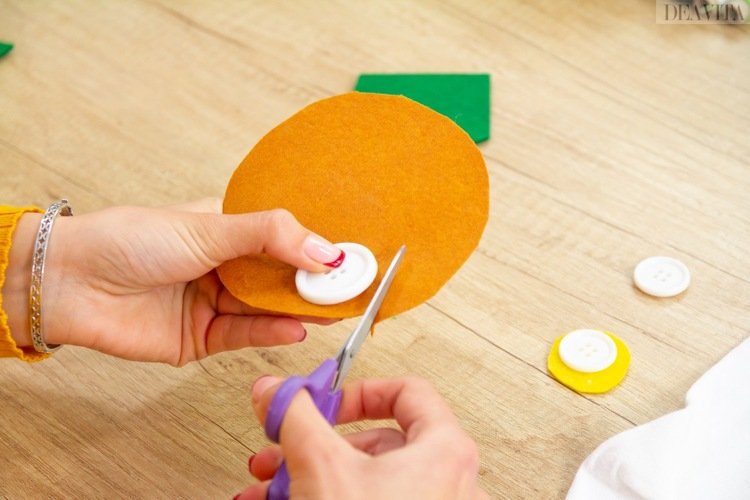 Use the buttons as a template and cut three circles out of the felt – a yellow, orange and a green circle. Make sure the circles are slightly larger than the buttons. 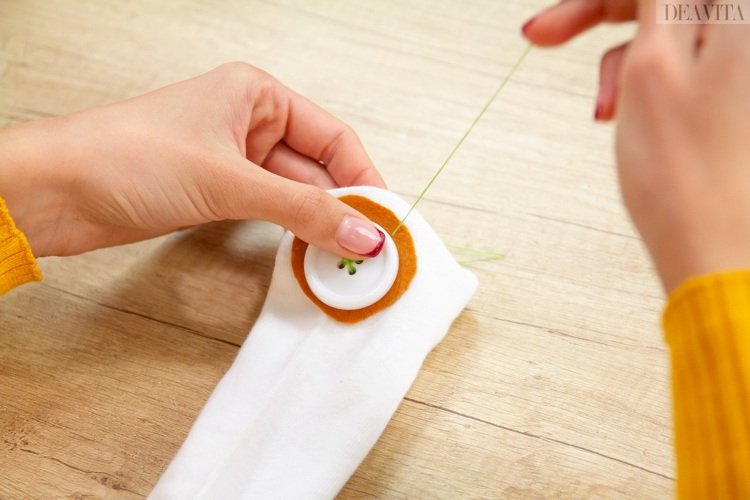 Sew the buttons with the light green thread on the top of the sock. Optionally, you can first glue the felt details and buttons together. 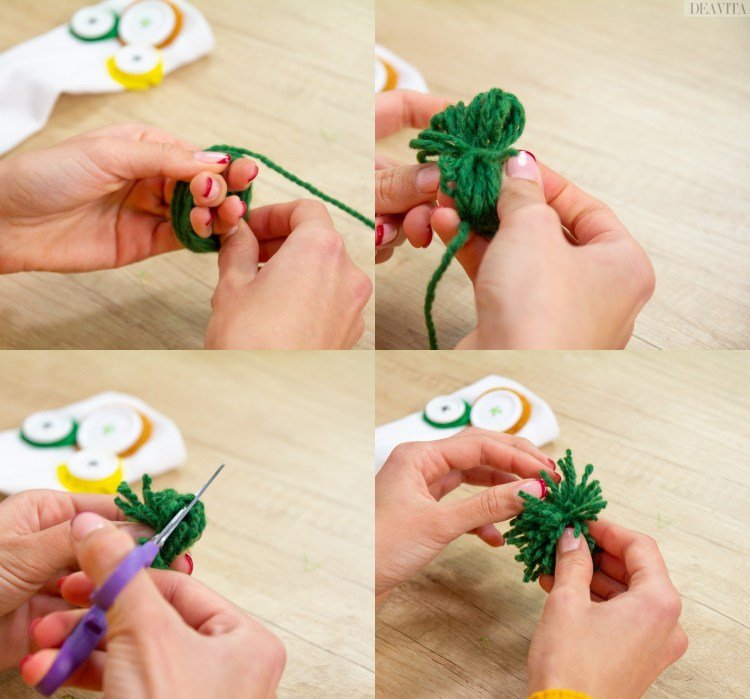 Now make a pom-pom yarn. First wrap the woolen threads around your index finger and little finger, wrap a woolen thread around the middle and pull it tight. Knot the threads and cut off the loop ends. 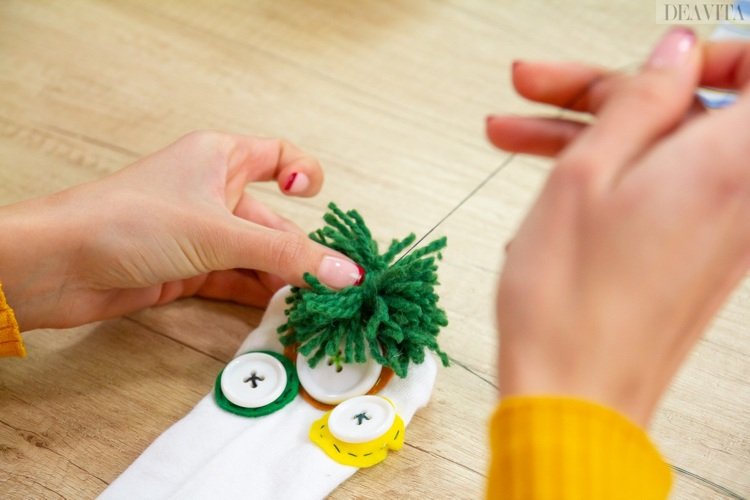 Sew the finished pom-pom over the largest button. The pom pom mimics hair. 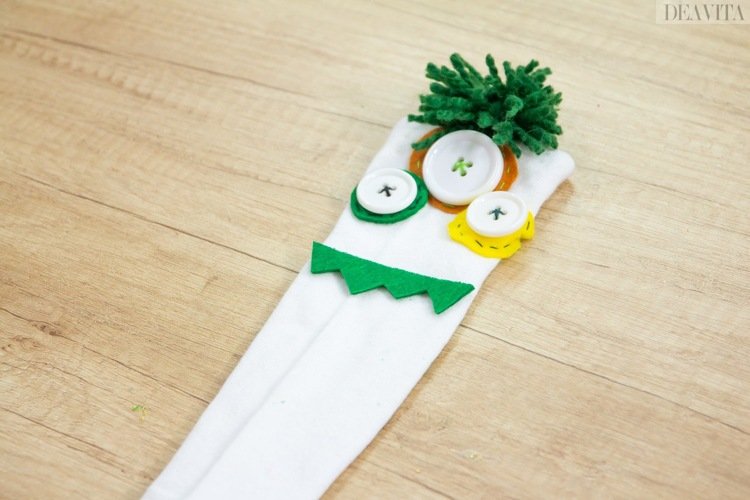 Cut out the mouth from dark green felt and sew it to the sock. 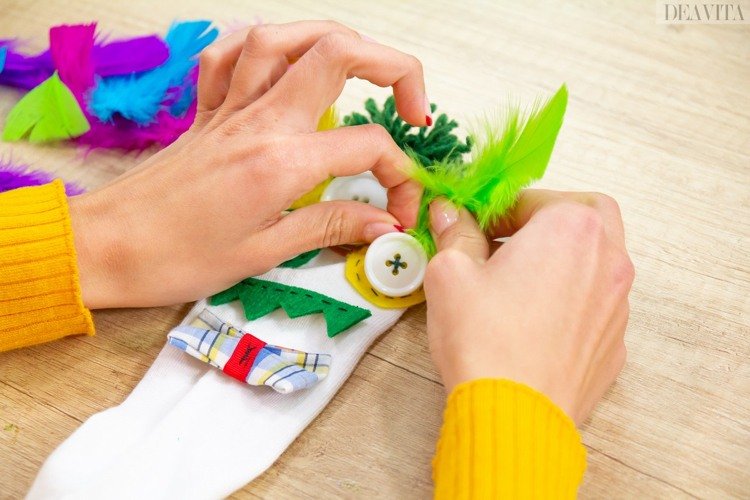 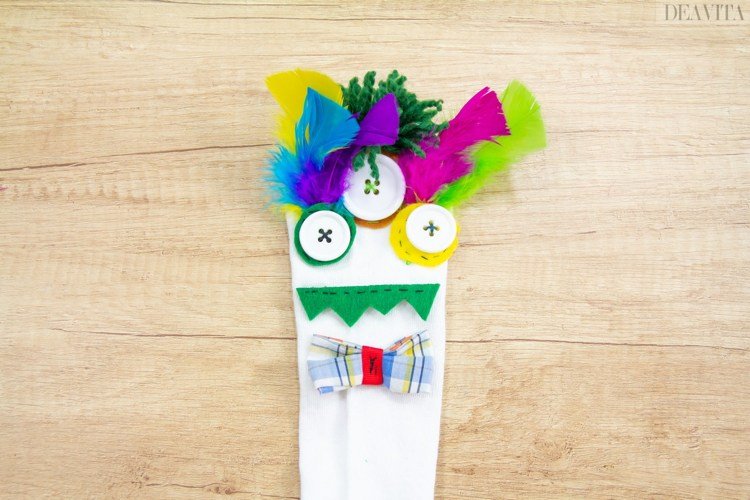 Glue colored feathers between the buttons. The first monster sock is ready! 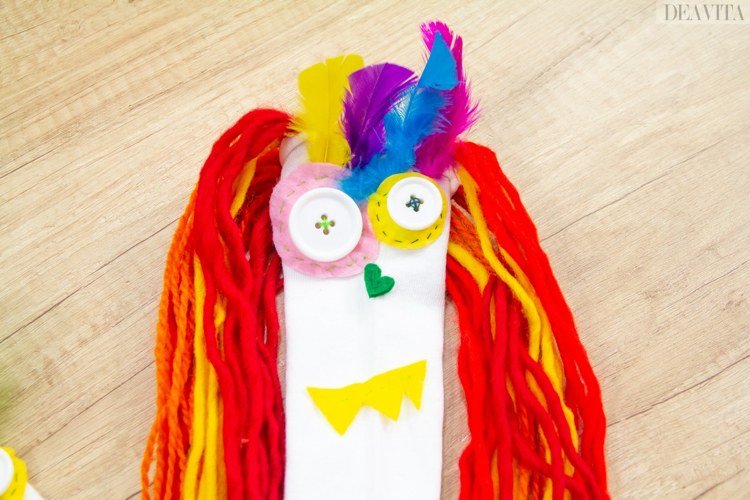