Almost every sixth product in Swiss retail stores contains palm oil. Palm oil is also omnipresent in the products of the Swiss food giant Nestlé. A new research by Solidar Suisse shows how workers on plantations in Malaysia, from which Nestlé obtains palm oil, are exploited. Child and forced labor are also common. 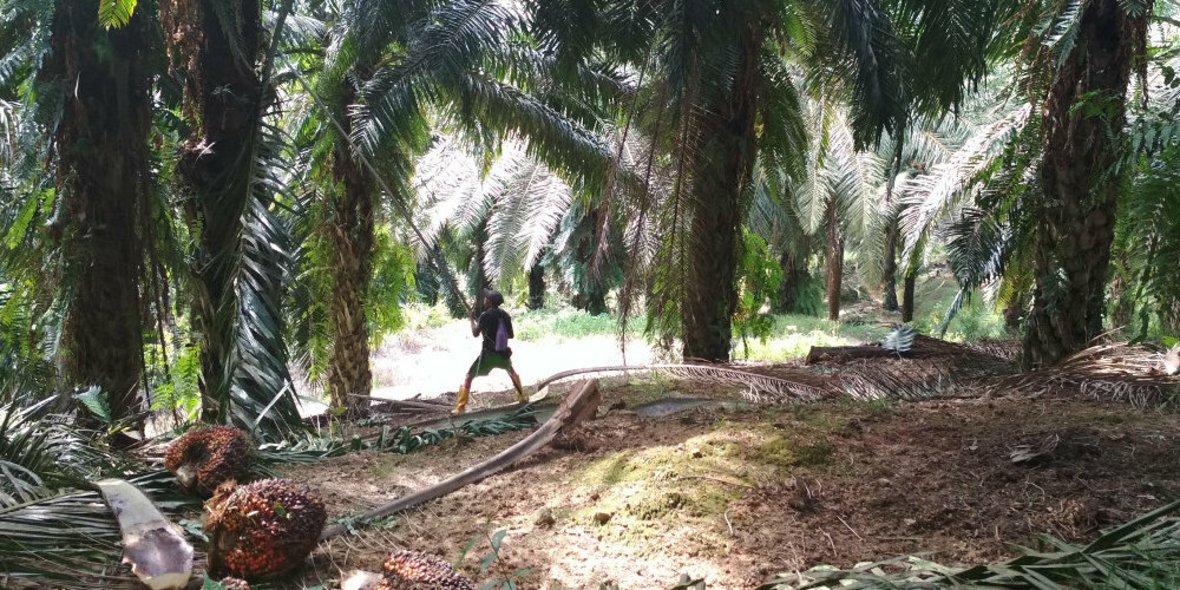 Switzerland obtains a third of the palm oil from Malaysia. A large part of it comes from the state of Sabah, in the northeast of the island of Borneo. The heavy and dangerous work on the plantations is mainly caused by migrant workers from Indonesia. Although the industry relies on them, 70 percent of the 1.2 million migrant workers in Sabah live illegally without valid papers. Due to regular police raids, they are forced to hide in the remote plantations. Without any legal protection, they are at the mercy of the plantation owners, who not only withhold their work permits, but often also withdraw their Indonesian passports. In the event of misconduct, the police or the dismissal are threatened and wages are often not enough to live on. "My income depends on the harvest. If there are few fruits, my income is low. Sometimes it’s not even enough to eat." says Abduh, a picker.

Tens of thousands of children who don’t officially exist

Between 50,000 and 200,000 children live with their parents on these plantations and support them in their work. Ati is also one of these children: "I was born and raised on the plantation and have never been able to go to school. I’ve been helping my parents collect the fruits for as long as I can remember." Children who were born on the plantations are often even stateless, because Malaysia does not provide birth certificates for children from migrant workers. These children have no access to public schools or medical care and therefore little chance of living outside the palm oil plantation.

The world’s largest food company, Nestlé, sources palm oil from Sabah on a large scale, including those mills that are supplied by the plantations examined. Nestlé and other food and agricultural corporations thus benefit indirectly from the low wages, the lack of protection for workers and child and forced labor on the palm oil plantations. The low labor costs are one of the reasons for the cheap world market price, which continues to fuel the use of the raw material: a vicious cycle that is at the expense of people and environment goes. From a Leisi puff pastry from Nestlé for CHF 3.20, only 0.02 centimes goes to the total labor costs on the plantations.

According to Nestlé, Solidar Suisse’s report goes back to a 2017 Human Rights Impact Assessment that the food company carried out in collaboration with the Danish Institute for Human Rights. This is because Nestlé had evidence that parts of the palm oil supply chain are not adequately respecting workers’ rights. As a result, the company worked out an action plan with the Danish Institute for Human Rights and the Earthworm Foundation. This is publicly visible, the measures have been implemented for some time. Solidar Suisse is said to have had this information.

For more information, go to the following links: