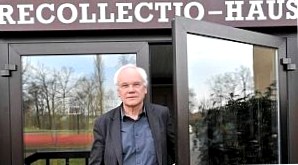 The Recollectio House is an institution of the Benedictine Abbey of Munsterschwarzach. It is financially supported by several dioceses. His offers are aimed at priests, religious and church employees in personal and professional crises.

Growing doubts about the faith among priests and church employees are registered by the Catholic theologian and psychologist Wunibald Muller. He warns against an "inner emigration" and relies on the "great and liberating power of faith".

CBA: Mr. Muller, at the Recollectio House you increasingly observe a lack of "basic identity" of church employees with the church. What do you attribute this to?

Muller: In recent times, I have encountered more and more church employees – pastoral assistants, priests, teachers of religion – not only in our house, but also in lectures. I have noticed that what they have to represent to the outside world is often not what they themselves are convinced of. This touches on ies such as life after death or the church's stance on sexuality.

CBA: What else do you observe?

Muller: Also the personal life organization does not fit sometimes to the teachings of the church. In some dioceses, I am told, the supposed exceptions regarding living situations – such as wild marriages, priests living in relationships, or homosexual relationships by church employees – are more likely to be the rule than the exception. Of course, this causes tensions and identity problems for the people involved. Another problem is the clericalism – the top-down determination – and the less than Christian treatment of subordinates. This is in stark contrast to the understanding of a truly priestly way of dealing with one another, where one meets on one level.

CBA: Especially in the "Year of Faith" this is a very alarming observation when even some church employees seem to almost fall away from the faith…

Muller: In a way, yes. It is interesting to put the phenomenon in the context of the Year of Faith. Faith, after all, comes from the Latin word credere, "cor dare," to give one's heart. The "Year of Faith" has a lot to do with giving one's heart with regard to church employees. The aspects just mentioned, however, contribute to the fact that church employees are less and less able to give their heart and soul and emigrate inwardly. As a result, they too can no longer speak convincingly of the faith and radiate a joy of faith.

CBA: The crisis of faith in society is thus also reflected in the midst of the church?

CBA: What can a priest do when he realizes that he no longer stands behind what he preaches to his congregation??

Muller: First of all, he should stand by it inwardly and feel this discrepancy. Perhaps he can change his view of the church in order to be able to live with it. But if the person concerned feels that he would sell his soul, then he should indeed give up his profession. In this situation, some are only doing their job by the book, without heart and inner involvement. Of course, that's something that doesn't pay off in the long run. If I can't be who I am deep inside, then I get into a crisis, even to the point of despair.

CBA: Do Catholic employers actually know about the dilemma in which some of their employees find themselves??

Muller: The sensitive ones among them, the bishops and also personnel officers, know it – they are perhaps affected by it themselves. The more insensitive clerical types, who are more attached to external forms, either don't know it, or they repress it.

CBA: Are the employers themselves also partly to blame for the situation??

Muller: Quite, although the number of those in charge who see the problem has increased. They suggest to the employees that they take time off. But even they are always caught up in what is dictated by Rome, by the bishop and by doctrine. Sensitive ministers try to avoid one or the other cliff by showing a certain generosity. Other employers are simply stubborn, they take the hard line and put people under prere.

CBA: As shocking as your observations may be from the point of view of the inner church – with their doubts, church employees could meet those who are far from the church quite differently, at eye level. Wouldn't that be much more honest and authentic than closing one's eyes to it??

Muller: Of course. After all, the church only makes sense if it helps people grow in their faith and experience the joy of faith. But if the Church, because of its structures, contributes to the fact that this is difficult even for full-time Church employees, then that is indeed a dilemma. For the great and liberating power of faith is then simply stalled.

Muller: One possibility is for church employees to stand by their doubts about their faith and to allow the tension. Church employees could also show more solidarity with each other, exchange ideas and get through this lean period with the help of faith as well. With all the problems mentioned, however, we must not forget that there are also resources: Out of this tension – as long as it doesn't kill you – new strength can arise. Grace takes place in this tension, not in the solution! We should try – without talking something up – to make the tension fruitful.

CBA: Will this succeed in your view?

Muller: At the moment we are at a crossroads. It is not known whether this tension will result in the Holy Spirit finding a landing place in the church or apparently being extinguished. In the end, I am convinced, we can count on him and we have to count on him. Let us be surprised by it.