such as whole grain rice, cold-pressed olive oil, etc. This was followed by a small organic shop, then a café and a restaurant. All of these projects served as a meeting point for interested parties. Furthermore, an office was opened in Istanbul, a magazine about ecological life was published and an association was founded. Today, the association BUGDAY (‘Weizen’) and the magazine of the same name are firmly established in the Turkish eco-scene. About the different projects of BUGDAY and the development of organic farming in Turkey, the Istanbul-based lawyer Beate Fischer spoke to the founder of the association Victor Ananias (photo on the right).

Question: What is the difference between BUGDAY and other initiatives?
Victor Ananias (V.A.) The other initiatives always work according to the possibilities, but we are looking for possibilities for the existing tasks. We determine what needs to be done in Turkey, even if no one believes it. When we first published the magazine, nobody used recycled paper. We use it and introduce this habit. We see the developments abroad and try to apply the ideas for Turkey. Some things can be learned from abroad, but many things work differently here. In Turkey, social change is happening so quickly and people complain a lot, but remain passive. At the same time, people are beginning to emancipate and use their rights. Many people live in the country in Turkey and the farmers know very well about the value of the earth. But many of them moved to the cities. People are still closely associated with the scent of tomatoes, the beauty of fruit, the village and the valleys. So I think a strong movement can develop in Turkey, even in times when ecological issues are being pushed out of the agenda.

Question: What new projects is the association currently running??
V.A .: There is a joint project with the WWF in Cirali (near Antalya). The products from the village are to be marketed and ecological projects promoted. The projects should actually end, but we try them on Life to obtain. In addition, there is currently a project of our association with farmers who practice organic agriculture. It is a project for both producers and consumers – tourism with organic farmers. We attach great importance to the way we work with the farmers. You will always be the contact person for the project on site. The goal is to provide farmers with an additional income opportunity.

Question: What is the theoretical need for farmers to catch up??
V.A .: There are currently 18,000 organic farmers in Turkey, but that is a deceptive number. The majority of these farmers produce for export according to the given rules, but at the same time conventional for their own consumption. The farmers only adhere to the specified rules because of the purchase guarantee. It’s not a problem either. But we think that an internal market for products will only develop and increase product diversity, after which an understanding of ecological life has prevailed. In the lectures of the agricultural faculties, more emphasis is now placed on ecological topics and students can do their internships in our projects. The interns live with the farmers and work there in return. This will help farmers understand organic farming better, and students will learn organic farming from practice.

Question: What contacts are there with the universities??
V.A .: A club for ecological life was founded at the Faculty of Agriculture in Samsun. First I was there at a conference. After that, the students started to meet there and work outside the school and talk to business people. Another example is at the University in Van. There we support students with scientific work on ecological topics. From another university, a professor reading Enviromental Politics asked me to give a lecture. We have loose contacts with the Ministry of Education. There we try to include some suggestions in the curriculum. Very little has yet come out of this cooperation, but we were advising on a number of points. We were able to exert some influence less in the area of ​​ecology, but more in environmental protection. Ecology is a completely new topic for the Ministry of Education. But some schools have invited us for projects on their own initiative.

Question: Which topics are covered in the magazine??
VA: The magazine was first published in January 1998; at that time as a bulletin in photocopies with news from the ecological villages in Turkey and about organic farming. We use for the magazine no Glossy paper, it is important to us to use recycled and locally produced paper. We decided a while ago in the magazine, in each issue about key topics such as Health, Consumers, Sustainable Economy and Development, Regionality report. Financially, the magazine is still in a difficult position, although we mostly get the articles and photos for free or for little money. For one year, a company had made a large subscription for its employees and customers. We also had advertisements for a lot of money that we declined e.g. by SHELL. In addition to the content, the form of the ad is important to us, there are ads that have been specially designed for us. 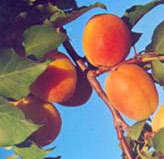 Question: The region around Izmir is the center of organic farming in Turkey.
V.A .: Yes, on the one hand, the export is made from there, most companies, buyers and certification bodies are based there, and on the other hand, Turkey’s first ecological product was raisins from this area. The other products were figs, hazelnuts and apricots. Development began in 1985 with RAPUNZEL. The products are packaged in the region and are transported. But there is also organic farming in other regions; Hazelnuts and tea on the Black Sea. Around 250 products are currently exported.