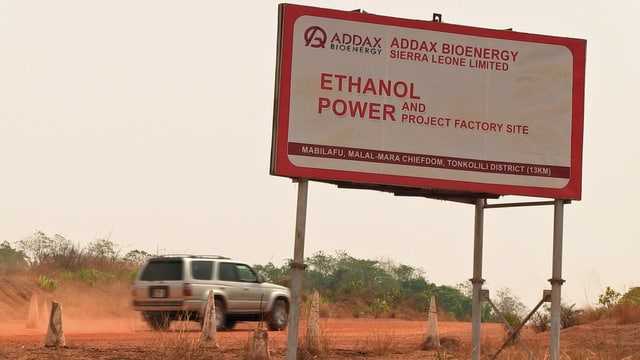 To produce bioethanol, the Swiss company Addax Bioenergy cultivates sugar cane in Sierra Leone. But the ambitious project of the oil industrialist Jean-Claude Gandur is no success, the production facilities are at a standstill. The company is trying to find new investors.

The Geneva-based company Addax Bioenergy has leased an area in Sierra Leone from the canton of Zug and is cultivating 10,000 hectares of sugar cane – according to Addax, “a sustainable project that should serve as a model for investments in Africa”.

The company has clearly missed its production targets: It wanted to produce 85,000 cubic metres of bioethanol a year for export to the EU as a petrol additive. In fact, it apparently produced less than 10,000 cubic metres – and its modern plants were shut down after only six months, in July 2015. Addax Bioenergy writes “ECO” that it is in a review process and will not be appearing in the media until the end of March 2016.

Addax Bioenergy is looking for new investors and is currently negotiating with British-Chinese company Sunbird Bioenergy, as Monty Jones, Sierra Leone’s new Minister of Agriculture, confirms to ECO. Addax Bioenergy and Sunbird would consider growing manioc for fuel production in the future to increase yields, Minister Monty Jones said. Addax Bioenergy will not comment on the negotiations.

Addax should generate electricity, but is now consuming it 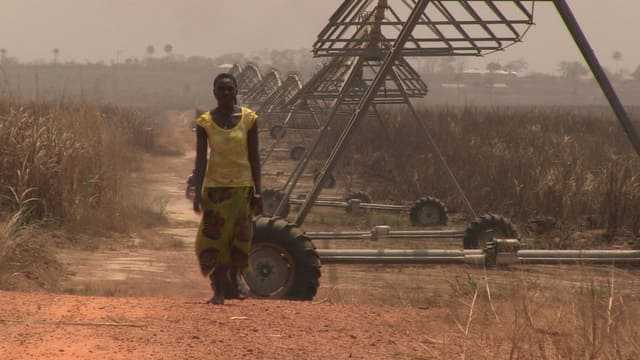 Addax Bioenergy is a subsidiary of the Addax Oryx Group of the Swiss oil billionaire and art lover Jean-Claude Gandur. In 2011, the investment volume for the project in Sierra Leone amounted to 270 million euros. More than half of them were financed by state development banks, for example from Germany, Sweden or the Netherlands. Addax Bioenergy currently estimates the total investment volume at 455 million euros.

Switzerland does not recognise certificate

The EU states originally supported the project under the name of climate protection. Addax Bioenergy is also certified by the Roundtable on Sustainable Biomaterials (RSB), which identifies production as sustainable, environmentally friendly and socially responsible – and authorises it to receive EU funding.

In Switzerland, however, this RSB certificate is not recognised because it takes too little account of the overall eco-balance of agricultural fuels. “Fuels obtained from food have a worse life cycle assessment than petrol,” Christoph Rotzetter of the Federal Office for the Environment explained to “ECO”.

The Roundtable RSB is based in Geneva. The State Secretariat for Economic Affairs Seco and the Swiss Agency for Development Aid SDC have so far been the main donors to the organisation: the RSB has received over CHF 3.5 million in federal funding.

Tax money on both sides

Taxpayers’ money also flows to the critics of the project, albeit a little less. In Sierra Leone, “Brot für alle”, the development organisation of the Protestant churches in Switzerland, supports the NGO “Sierra Leone Network on the Right to Food” (Silnorf), which has been defending itself against the Addax Bioenergy project for years.

Silnorf finds it absurd to use agricultural land for fuel production in a country dependent on international food aid. Bread for All” pays Silnorf around 15,000 francs a year. Half of this money comes from the SDC.

The press office of SDC informs “ECO”: “The two financings do not contradict each other. On the contrary, they are complementary and are intended to help ensure that investments in developing countries – in this case in Sierra Leone – respect minimum human rights despite a lack of regulation and legal certainty. 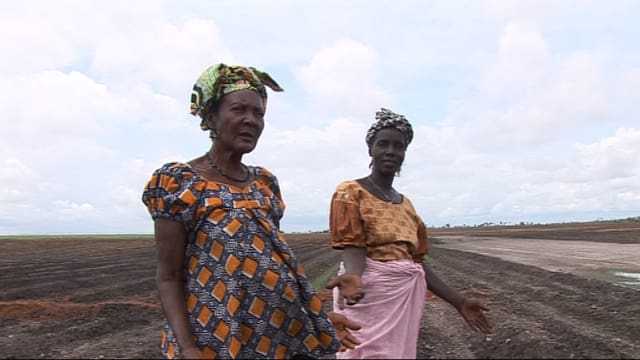 “ECO” reported already in 2011 about the activities of Addax Bioenergy (to the report). A detailed statement by the company on the report can be read here.