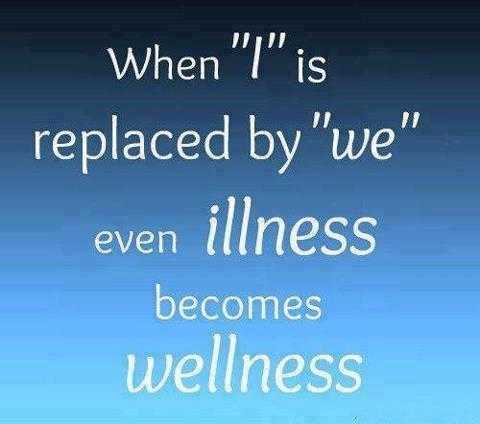 Education? He who loves his child does not need to be educated

This verse from India has been haunting my head for several days now. How can maternal love replace education? What is education and what kind of education is the right one??

I myself am not an educator and pedagogy was not a focus during my study of literature. Therefore, the term “education” should not be defined here, the arbitrary selection of one of the numerous definitions from a non-academic perspective would be too daring.

What is common to many modern definitions, however, is the focus on the needs of our babies and children. Social interaction and support for one‘s own personality development play an important role here.

That this is not a matter of course, which constitutes education from time immemorial, is a small excursion into the 20th Century illustrate.

Authoritarian education instead of social interaction

The German mother and her child, that was the educational guide par excellence – written by Johanna Haarer – for parents around the 2nd World War until far into the 70s of the 20th century. Approximately 1.2 million copies were sold, devoured in the home environment and used as a guide for the education of babies and children.

The Haarer premise: The child is a tyrant, which should be tamed – even as a baby! That meant screaming, not hugging, not paying too much attention and nearness at all (Source: WDR).

Ultimately, the educational guide of the past century had the goal of preparing the youngest among us for the “hard” life. The screaming and crying was one of the foundations of the authoritarian education model that was to break the childish will and strengthen parental authority.

If one believes in the findings of modern developmental psychology, an authoritarian education does not always lead to strong independent personalities, as has been assumed until now, but rather often has a negative effect on one’s own development.

If parents try to dissociate and “tame” their babies early by removing love of any kind, the child’s separation anxiety can become a lifelong companion.

That an authoritarian education, as Johanna Haarer propagates it, can also have consequences for the emotional development of a young person, understands itself – I think – by itself. Lack of security, continuous withdrawal of love and the constant struggle with being alone can not be conducive to one be later relationship and family life.

I once did the work and scoured forums where parents talk about their everyday worries and experiences with their babies. A topic that is repeatedly encountered is baby’s sleep or lack of sleep.

Babys sleep and Mamas lack of sleep seems to me a very good example, which illustrates the controversial discussion about the “right” parenting style.

There are books like that Every child can learn to sleep, a classic for parents who fight the problem of sleeping their baby with the method of “controlled screaming” fight. For many, this technique seems to work, baby seems to learn to sleep. The seems I emphasize here consciously, since I know so far no Mum personally, with which this would have worked long-term. However, this may actually lead to a sense of achievement in some babies.

But then there is also the opinion of all those who vehemently resist the “screaming” of their baby because it is too close to them. It is the majority that is now on a course of confrontation, even if only traces of the “authoritarian educational style” shimmer through. I too belong to this group, even though as a baby I often fell asleep screaming, without this having a negative effect on my personality development.

Which approach is the right one? In my opinion, the right approach does not exist. Every mom, every dad, every baby is different. Therefore, there is no magic recipe that opens the door to the longed-for sleep pleasure.

Yes, and what about love and education??

After I count myself to the sort of bookworm and Internet Durchforster, I can only say that you should save yourself the hours of research around the baby sometimes better.

Too many sleepless nights – and these without baby intervention – forum messages and the like have already prepared me. Scenario 1: Baby has a fever, so it could be this or that. Mama 1 advises to drive to the emergency room immediately, Mama 2 is relaxed and recommends nothing to do. Scenario 2: Baby is sleeping restlessly. Mom 1 recommends sleep rituals, mom 2 advises giving baby globulis. Something similar comes to each and every special area in the everyday life of babies.

In the meantime I have – hopefully – become a little smarter. I try to listen more to myself and especially to my baby, I pay close attention to signals and stand patient nights through difficult nights, because I know, tomorrow, the world can look different again.

And I would like to try the same principle to apply to the “education” of our baby. Pay attention to signals, observe, accompany, point out ways and thus support the orientation. As parents we want to live, communicate and try to give rules in this way. Love, respect and respect should be the foundations of our very own educational model. Whether we ultimately spoil our little man too much – as some now claim – will probably show up in a few years.

What’s to say is that everyone should find their own personal way to “educate” their baby. Each family is unique, can not be compared to any family on our planet, and therefore we will not find the optimal parenting guide anywhere. It is much more important to listen to our hearts and gut feelings, then we will find our ideal way.