How do you raise your child to a satisfied, successful, friendly person? According to research, three skills are central to this: optimism, empathy and self-confidence 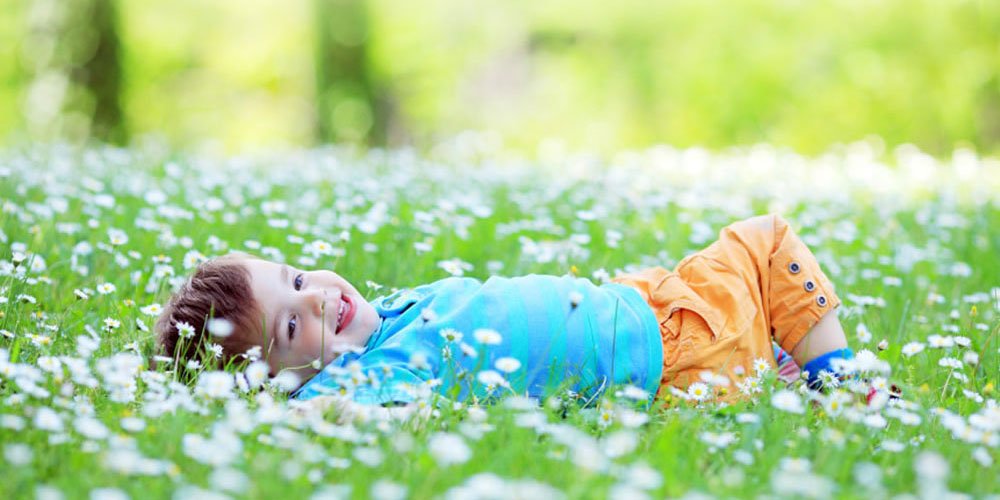 Happy child: confidence can be learned

What does good education mean? Experts agree on one thing: It is important to support the personality of children so that they can have stable, happy relationships later in life, that they are successful – and physically and mentally as possible healthy stick to it. But how do you do it? Which skills and abilities play a key role in this? Here are the top three.

"Would fate grant you a wish for your child: wish him optimism", says American Nobel laureate and psychologist Dr. Daniel Kahneman. Optimists, said the researcher, "deal better with defeats. Your immune system is stronger." Studies also show that you are better at school, have success in your job and live longer.

Researchers also know from twin studies: Confidence has a genetic component. Parents can still do a lot to increase their child’s ability. The most important thing: children learn on the model. If the mood at home is optimistic, the likelihood that children will also become optimistic increases.

How your child becomes an optimist:

The right criticism: Scolding sometimes has to be. Parents should still think about how to pack such messages. This affects whether the child later thinks positively or negatively about himself. And you should avoid two words: "never" and "always". For Dr. Martin E. Seligman, psychologist and happiness researcher from the United States belong to such terms "Vocabulary of pessimism", because they make people believe that things cannot be changed. A typical pessimistic rant reads like this: "You are always so cheeky!" Seligman advises to put the whole thing into perspective: "But today you are cheeky." This shows the child that you are not criticized, but your behavior – and that can be changed.

The right attitude: Children whose parents remain optimistic despite problems and are committed to making the world a better place are more confident about the future. Finnish social scientists found that out. Children in families who were committed to others were happiest. And you can do that from an early age – regardless of whether you save toads or mow the lawn in a sports club.

"The ability to empathize with others plays a key role in today’s society", Australian researcher Dr. Brad M. Farrant from the University of Western Australia / Perth. Empathic children, says developmental psychologist Prof. Silvia Wiedebusch from Osnabrück University of Applied Sciences, "are less aggressive, less selfish, better able to fit into groups and cooperate with others". All of these are cheap skills in a world where teamwork is becoming increasingly important.

Almost all parents have already observed: If a baby cries, other babies in the room join in the howling. A first sign of empathy? Research says: no. "In babies there is no empathy for another person’s state of mind", explains Wiedebusch. Rather, it is one "emotional contagion". When someone screams, the rest of them automatically take part. In order to understand other people’s feelings, a child must first be able to distinguish between himself and others – at the earliest one and a half. A phase then begins between the second and third year of life, which scientists call "self-centered empathy" describe. Children do show helpful reactions, but above all they do what would help them in a particular situation. So if papa is sad, offer him the teddy. After all, he consoles them too. It is only from around three years that the little ones understand what it really means to empathize with the emotional world of others.

How parents can promote empathy:

Emotional conversations: A study by researcher Farrant shows that children understand other people better if their mothers often talk to them about the feelings of others, for example when reading aloud. Then children also develop "the opportunity to reflect on their own handling of feelings and suggestions for coping strategies receive", says Wiedebusch.

Positive role model: Children watch closely how parents behave in situations where others are not doing well. "If parents show compassion and respond to the feelings of those affected, the child learns from this positive role model", explains expert Wiedebusch.

Inductive parenting style: This is what psychologists call it when parents make it clear to their children what consequences their actions have. In conflict situations, parents should therefore always appeal to their children’s feelings: "How would you feel if other children laughed at you??" Or: "How would you feel if someone took your toy away from you??"

"Those who feel strong are not easily victimized", says psychologist Wiedebusch. For this, children need self-confidence. Parents can strengthen it by paying attention and recognition to their offspring – and by encouraging them to test their own abilities over and over again. It starts with building a wooden tower out of building blocks. "A baby then notices: I have the ability to achieve goals. This strengthens self-efficacy", says Wiedebusch. Those who feel they can influence their environment feel important and good.

This strengthens the child’s self-confidence:

See the positive side of the child: In everyday stress, parents often concentrate on what does not work well, what the child is not good at or what they are angry about. Change your perspective and write down: What is my child good at? And then: Praise it – not only with words, but also with gestures and looks.

Promote Skills: A person’s self-worth also depends on what he can do. Therefore: What are the talents of the little one? What can it do? You should do that promote.