The automaker is apparently leaving its international subsidiaries in the lurch. But the future of the chinese mother is also still uncertain.

At the IAA 2019: the M-byton, as it should go into series production.

Chinese carmaker byton lets its german subsidiary go bankrupt. According to an announcement, the munich district court has initiated insolvency proceedings for byton gmbh. According to a report in "wirtschaftswoche," the insolvency petition came from one of the company’s creditors.

The future of the Chinese parent company is also uncertain. Byton launched in 2018 with big ambitions and promises to produce a competitive e-SUV for around 45.000 euros on the market. The company attracted a lot of attention with its appearances at the CES electronics trade show, but a finished car has not yet rolled off the production line.

Start of production failed to materialize

The company, co-founded by two former BMW managers, is in financial difficulties. At the IAA 2019, byton had presented a model ready for series production, but the announced start of production failed to materialize. Byton actually wanted to start production in its own factory in china last year. Instead, the manufacturer had ceased operations altogether due to financial bottlenecks.

Officially, the company blamed the problems on canceled orders due to the Corona crisis. On the other hand, wirtschaftswoche quotes an insider as saying that this is due to a lack of payments from business partners. Because several hundred million U.S. dollars were missing, suppliers and employees could no longer be paid. In the meantime, all German and American employees have probably been laid off.

Byton had always emphasized the international character of the company with a design center in germany and software development in silicon valley. The german employees in the munich branch and their u.s. colleagues apparently did not receive a salary for months. In the USA, the company had also already laid off a large proportion of its employees in april 2020. 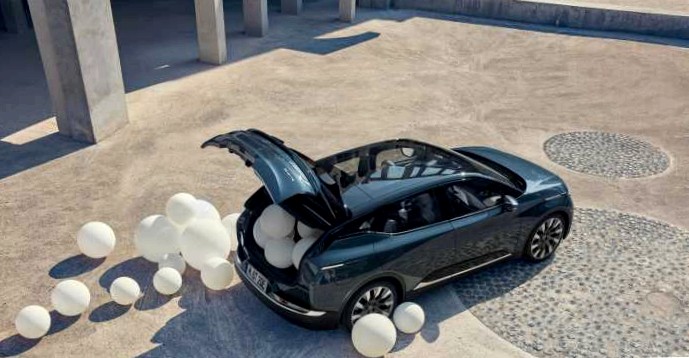 The two BMW managers who co-founded the company are no longer on board. CEO carsten breitfeld had moved to the board of directors at the beginning of 2019 and eventually went to competitor faraday future. his successor as chief executive, daniel kirchert, left byton a year later and recently joined chinese manufacturer evergrande auto.

Whether foxconn’s commitment will create a stable perspective for byton remains to be seen. At the beginning of january, the contract manufacturer had brought itself into the game as a partner and promised a production start in the first quarter of 2022. Byton did not initially respond to a question on Friday about whether the timetable still stands and what the plans are for the european market.

Don’t miss the news! Every morning the fresh news overview from heise online

For detailed information on the shipping process and your revocation options, please see our data protection declaration.