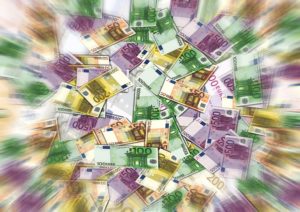 Parents receive for an adult child over 18 years continue to receive child benefit from the family fund if the child is unemployed. Another prerequisite for the payment of child benefit is that the unemployed child is registered as a job seeker with the Federal Employment Agency. According to a recent ruling by the Cologne Financial Court (FG Köln, judgment of March 10, 2016, Az. 1 K 560/14), the registration as a job seeker with the Federal Employment Agency is also a mandatory requirement for children who are temporarily unable to work due to an illness for continued entitlement to child benefit. The child benefit for an unemployed child is paid up to the child’s 21st birthday.

Child benefit for studying and training

But even after the child’s 21st birthday, there can still be a child benefit. Because parents can continue to receive child benefit up to their 25th birthday if their adult child is studying or training. In the period in which the child is completing a first degree or initial training, parents have no additional Conditions for child benefit.

After the child has finished schooling, it often takes some time before an apprenticeship is started or a course of study begins. Even during this period, parents do not have to forego child benefit payments despite the child’s legal age. Because the child benefit is paid in the waiting period between two training phases, for example in the period between high school and the start of studies. However, it should be noted that the transition phase between two training phases may not last longer than four months. If the four-month period is exceeded, the parents retroactively lose the child benefit for the entire period.

Restrictions on second or second degree

Looking for an apprenticeship or study place

Things look a little different when studying abroad. In order to continue to receive child benefit when studying abroad, the most important thing is whether the adult child stays in Germany while studying abroad. In a recent trial before the Federal Fiscal Court (BFH, judgment of June 23, 2015, Az.III R 38/14, published on October 28, 2015), the court ruled that the plaintiffs, whose son completed a four-year bachelor’s degree in China , are still entitled to child benefit during this period. It was sufficient for the court that the plaintiff’s son had spent at least half of his free time in Germany in order to remain in Germany.

Child benefit for children with disabilities

Normally, child benefit ends when the child turns 25. There is an exception that enables parents to continue receiving child benefit even if their child is already 25 years old. In the case of children with a physical, mental or psychological disability that leads to the child not being able to make a living on their own, the parents are also permanently entitled to child benefit beyond the age of 25 without any further time restrictions , The prerequisite for child benefit entitlement for disabled children is that the disability was determined before the child was 25 years old.