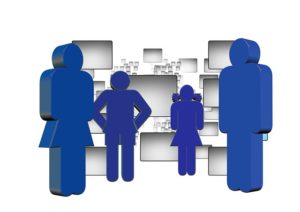 Until their child turns 18 and therefore of legal age, parents are generally entitled to child benefit. Under certain conditions, the payment of child benefit will continue after the child’s 18th birthday. So parents of an adult child can continue to receive child benefit from the family fund if the child is born Education or training begins. However there is pair Things to consider so that the child benefit is not lost during training or studies.

Parents whose children are studying or completing an apprenticeship can extend their child benefit entitlement beyond the child’s 18th birthday in accordance with section 32 (4) sentence 1 number 2 letter a. In order to prove that the adult child is still entitled to child benefit, a family certificate must be presented with a certificate of study or training. However, there is an upper limit on child benefit entitlement for students and trainees. The child benefit for a child who is studying or training is paid up to the age of 25. If the apprenticeship or study has not yet ended, there is still no money from the family fund.

Waiting for a study place or training place

Child benefit entitlement during a semester abroad or studying abroad

The right to child benefit is normally linked to the child’s domicile or habitual residence in Germany. However, more and more young people want to study abroad after graduation. But what are the consequences of a semester abroad or even a whole study abroad for the child benefit of the parents. As long as only a single semester abroad is integrated into the course, this generally has no negative effects on the parents’ entitlement to child benefit. Because a temporary stay abroad of less than a year generally does not lead to the loss of residence in Germany, so that the parents continue to receive money from the family fund even during the semester abroad.

On the other hand, things are a bit more complicated if the child studies abroad for more than a year. In the case of a long-term study abroad, the parents’ right to child benefit depends on whether the child remains domiciled in Germany. The Federal Fiscal Court recently decided that the parents of a student who had studied abroad for several years in China, continued child benefit is due (BFH, judgment of June 23, 2015, Az. III R 38/14, published on October 28, 2015). In this case, the BFH considered it sufficient for maintaining the place of residence that the student had spent half of his free time in Germany during the four-year bachelor’s degree in China.

Often the individual training sections do not merge directly, but some time passes between two training sections. For example, it usually takes a few months after the Abitur to start studying. But even during this period, parents do not have to forego financial support in the form of child benefit. The law provides that parents can continue to receive child benefit payments in the period between two training phases, as long as this transition phase does not last longer than four months. However, if the specified period of four months is exceeded, the child benefit claim will be lost retrospectively for the entire period.