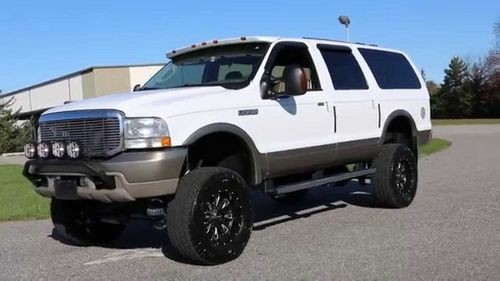 Excursion tips for Berliners and Brandenburgers

On this page we have put together a few tips for trips.
There is a lot to discover for Berliners and Berliners both in Berlin and in the surrounding area of ​​Brandenburg. Countless sights, parks and monuments await interested visitors. There are also great excursion destinations in the city for families with children!

Excursion tips for Berliners and guests of the city

Out into the Jrüne, it was said in Berlin more than 100 years ago when the family was together on Sundays and had time for a trip together.
That has not changed until today and there are even a number of excursion destinations that were popular then and still are today. Often you don’t have to drive long for it, because sometimes you can find something exciting and relaxing on your doorstep.

Other destinations can be easily reached by public transport within a short time, as the local transport is affectionately known in Berlin.
Our excursion tips for your visit to Berlin:

Excursions to the Berlin lakes for walking, swimming or boating

Berlin is known worldwide for its many green areas, parks and forests, but also for its location on several rivers and lakes. Not only when it is warm outside, the banks of the Wannsee, Müggelsee or Tegeler Lake tempt you to take long walks. In summer you can even go swimming there or friends and family can gather for a picnic on one of the adjacent meadows. Excursions to the large Berlin lakes can also be combined with a steamer tour. However, these are also a lot of fun on the Spree or the Havel, because from the water you can admire many sights and learn a lot of interesting facts about the city. Those who prefer to row themselves will also have the opportunity to do so. For example, there are a number of boat and canoe rental companies at Müggelsee that rent their vehicles by the hour or day.

Do you like the mountains? Then we have a few great excursion destinations in Berlin for you!
Berlin cannot boast of high mountains, but you can still find some elevations from which you can see the entire city. Some arose from rubble and debris after the Second World War, such as the Teufelsberg near the Berlin radio tower, the islanders in Schöneberg and the Große Bunkerberg in Friedrichshain, which is jokingly known as Mont Klamott. You can actually see the most from here in the colder seasons, when the now rather tall trees on the slopes do not have any leaves. You can also enjoy an excellent view from the Kreuzberg in the Victoria Park. The ascent to the centrally located mountain is also worthwhile to admire the artificially designed waterfall and the national monument to the victories in the Wars of Liberation, which was built around 1813 according to designs by Karl Friedrich Schinkel. The Arkenberge in the Pankow district are of a much more recent date. They have emerged from construction waste since the 1980s and are now the highest elevation in Berlin at more than 120 meters above sea level.

Excursions into the green on the traces of history

The list of excursion destinations in Berlin would be incomplete without the Great Tiergarten, usually only briefly called Tiergarten. Its current form as a landscape garden goes back to Frederick the Great, who commissioned the architect Georg Wenzeslaus von Knobelsdorff in 1942 to redesign the former hunting area between the city palace and the Charlottenburg hunting lodge. Today, the park not only has many surprises in store for plant and flower lovers, but art lovers will also get their money’s worth when they see the sculptures on many paths and crossroads. Among other things, still pictures of Beethoven, Mozart, Goethe, Fontane and Lessing can be admired here. Popular destinations in the Tiergarten are meanwhile the lower lock of the Landwehr Canal with the adjoining Schleusenkrug and the restaurant with beer garden "Tea house in the English garden". Incidentally, the tea house is based on the foundation of a house by the German actor Gustav Gründgens. In the footsteps of German film, you walk a few kilometers further on the Marienhöhe in Tempelhof, an artificial elevation that was used temporarily as a film location for films before the World War. Unfortunately, there is not much left to see today, but the remains of a former open-air stage can still be seen and there is a toboggan run.
Or you can visit famous film locations in Berlin.

Excursions in Berlin with children

Anyone who has children knows that they usually don’t like long walks with adults. However, things look very different when the excursions lead to destinations with special offers for children. For example, the Wuhlheide Children’s and Youth Leisure Center (FEZ) is a popular destination for many families in all seasons. In addition to various offers for children on weekends and during school holidays, there is also a theater, a swimming pool and the Orbitall, a space center with child-friendly knowledge transfer.

Excursion tips for summer in Berlin:
In summer, there is also a bathing lake where you can linger and the park-led railway run by children takes you right across the park. Immediately next to the FEZ grounds, the house invites nature and the environment to its zoo and exhibitions about nature and animals. In the Charlottenburg district, on the other hand, an excursion leads to the Ökowerk Berlin e. V., in which children and adults can convince themselves of the variety of insects and aquatic animals in a pond landscape and various gardens. The historical waterworks and the water life information center are also worth seeing.
Trips to the surrounding area

Other destinations in Berlin

What does the Berliner mean by "Excursion to JWD?

Important note for non- or new Berliners:
When a Berliner says: "I make a trip to JWD" he says "Janz Far out" So in the outskirts of Berlin or in the neighboring districts of Brandenburg!