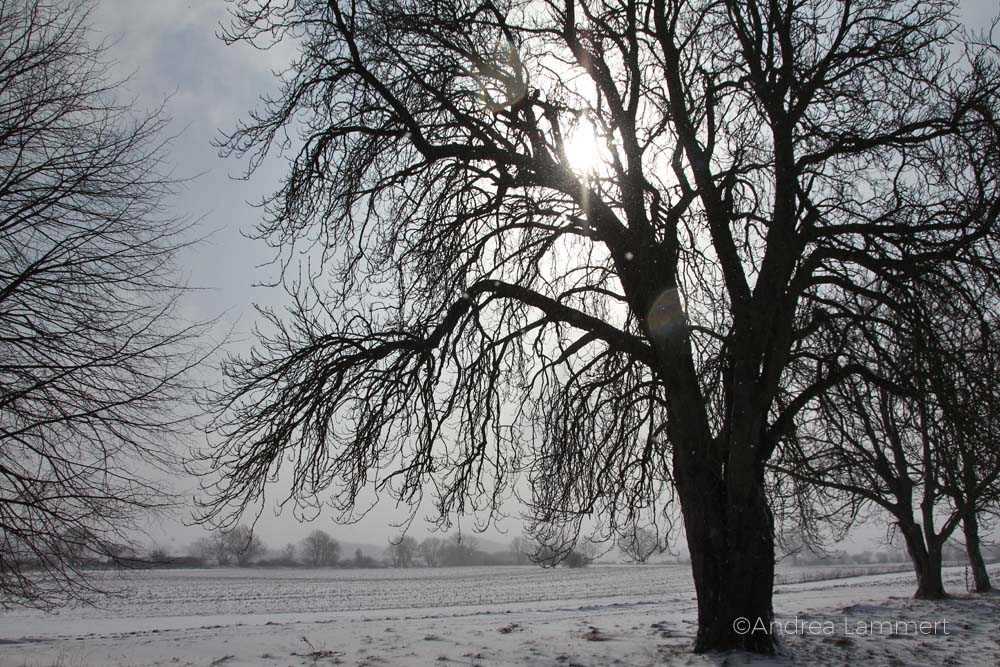 Winter on the Danish island Langeland and everything seems to be extinct? Never mind, the Skovsgaard estate is always worth a visit. It is a museum, nature experience space and café in one.

Sometimes it’s the stories behind the castles that make up the magic of the places. In Skovsgaard it was more goose bumps than magic. And yet the story that Marianne Kragh Petersen tells me immediately captivates me. The biologist works on a Danish farm called Skovsgaard, which is one of Langeland’s main attractions.

Wherever you look, nothing but nature.

Skovsgaard: castle, organic farm and museum in one

Secluded from the villages, the estate is dreamily between fields and forests, a large area of ​​fields and meadows, this morning is a single white blanket of snow. I’m struggling to find my way, snowdrifts block my lane, I have to drive at walking pace and I hope I’ll arrive sometime. It’s a cat that greets me there. “That’s Oliver”, Marianne Kragh Petersen introduces the animal to me. With harsh friendliness she greets me on this winter‘s day and trudges with me to the small castle. It is today a museum showing the living quarters of Ellen Fuglede. She was the last owner of the castle and left it to the foundation Marianne is working today. It is less the elegant rooms of the landlord than the cellar that fascinates me on the tour. But first she tells me the story of Ellen Fuglede. 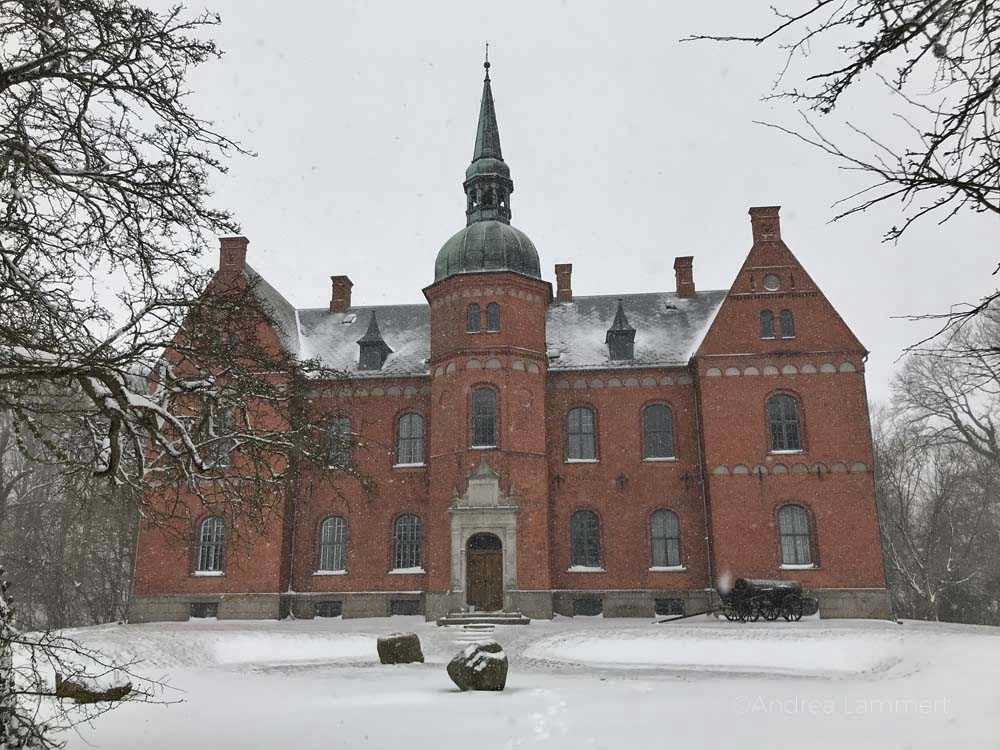 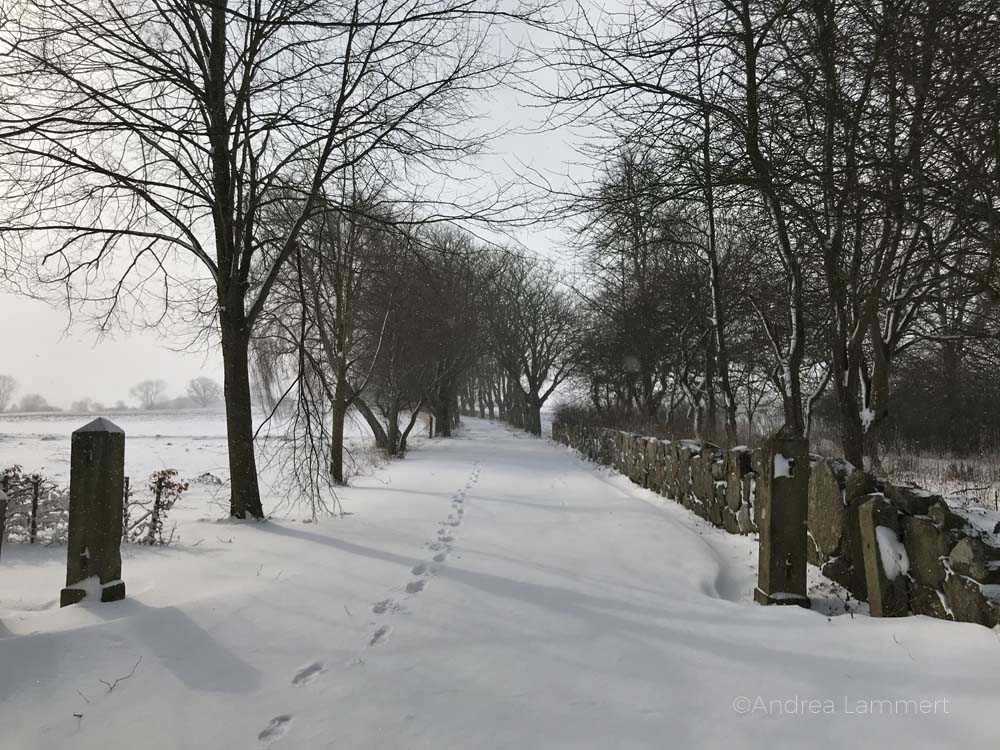 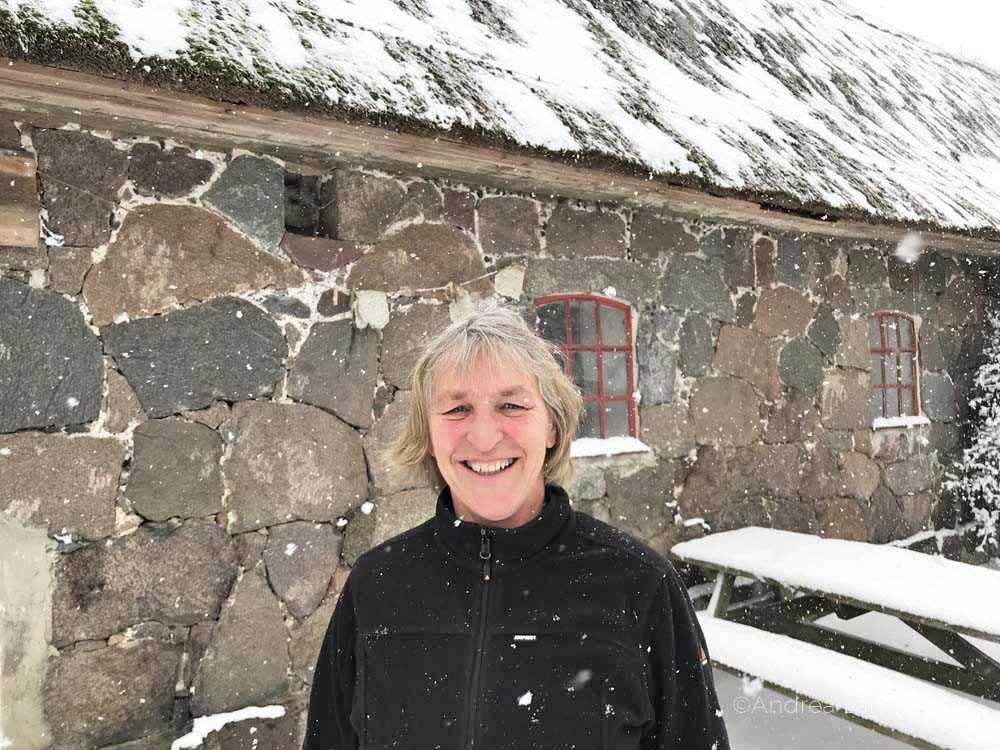 The lonely story about Ellen Fuglede

The landlady grew up as a child alone with her mother on Skovsgaard, because the mother separated shortly after the birth of her husband and moved back to her parents on Langeland. Her experiences with men did not have to be the best, because she had funneled her daughter away from men at an early age, and so the two women lived together until the death of their mother on Skovsgaard. When Ellen took over the castle, she had long since taken over the misogynistic attitude of her mother. Instead of a family, she bought herself cats, which were not only swarming in the castle, but were also allowed to do everything. “Look here, that’s what all the furniture looked like, completely battered by the cats,” says Marianne Kragh Petersen. 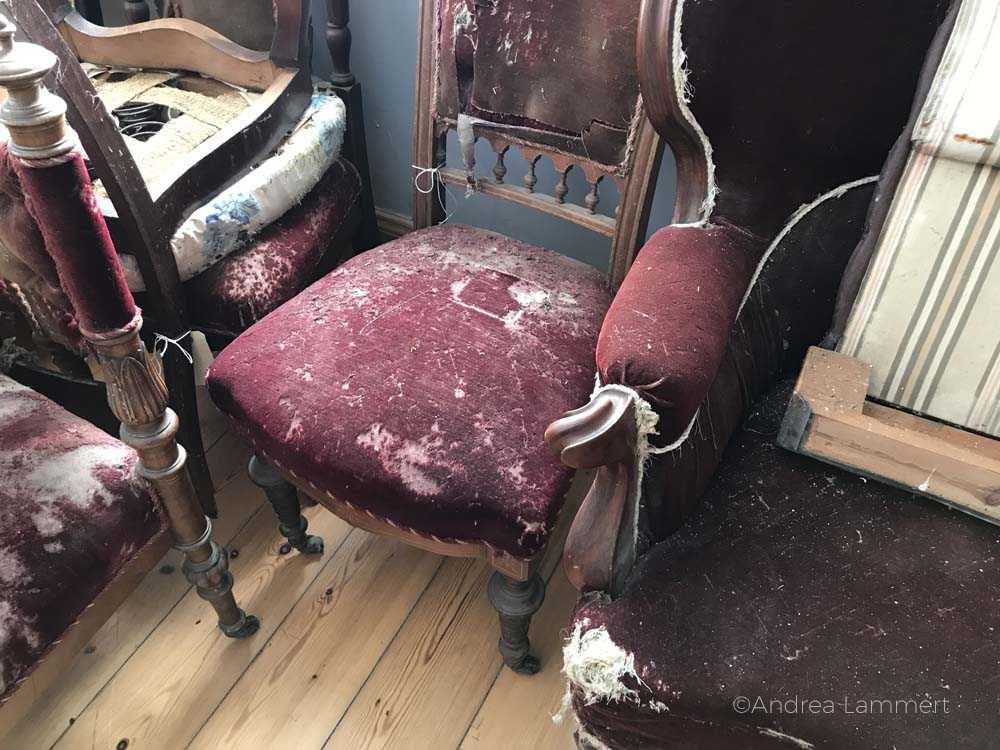 This is what furniture looks like when cats have battered it

Since Ellen Fuglede did not have children of her own, she embraced nature and was committed to her protection, which is why she also decreed that her parents‘ home not only became a museum after her death, but that the entire estate should remain as she did left behind and that it works in the service of nature conservation. She must have been pretty lonely, the castle mistress, I think so with me and consider whether cat Oliver is a descendant of the cats. “No, she decides to kill all the cats with her death, because they will never have it as good as she is,” Marianne explains. I’m shivering over my back. 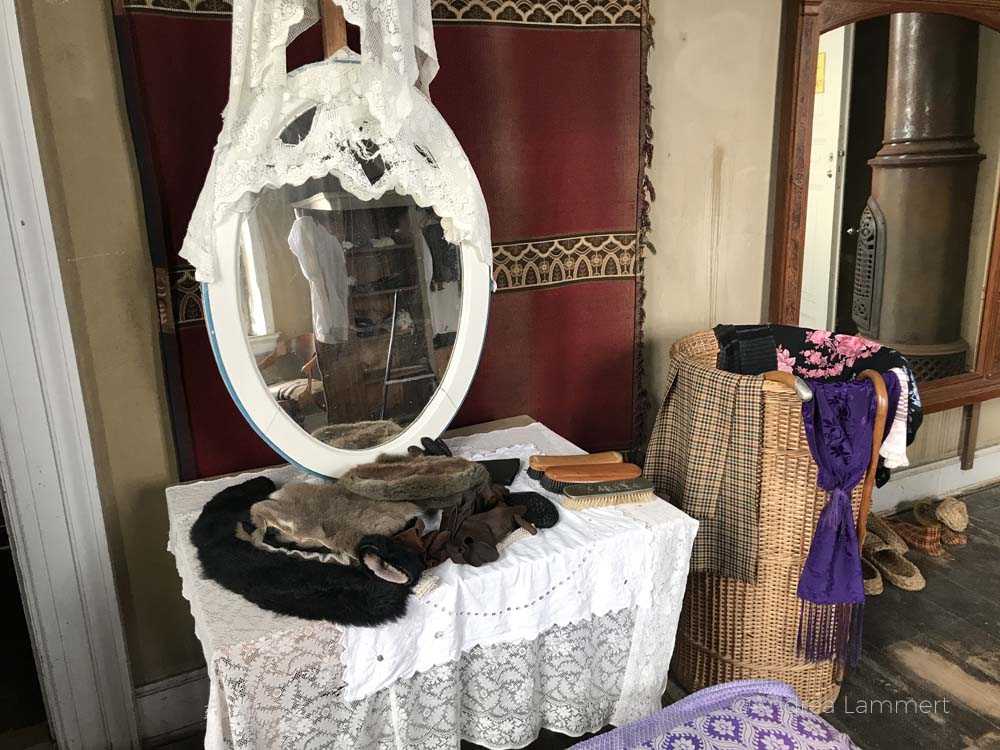 In the dressing room children can slip into real, historical costumes. 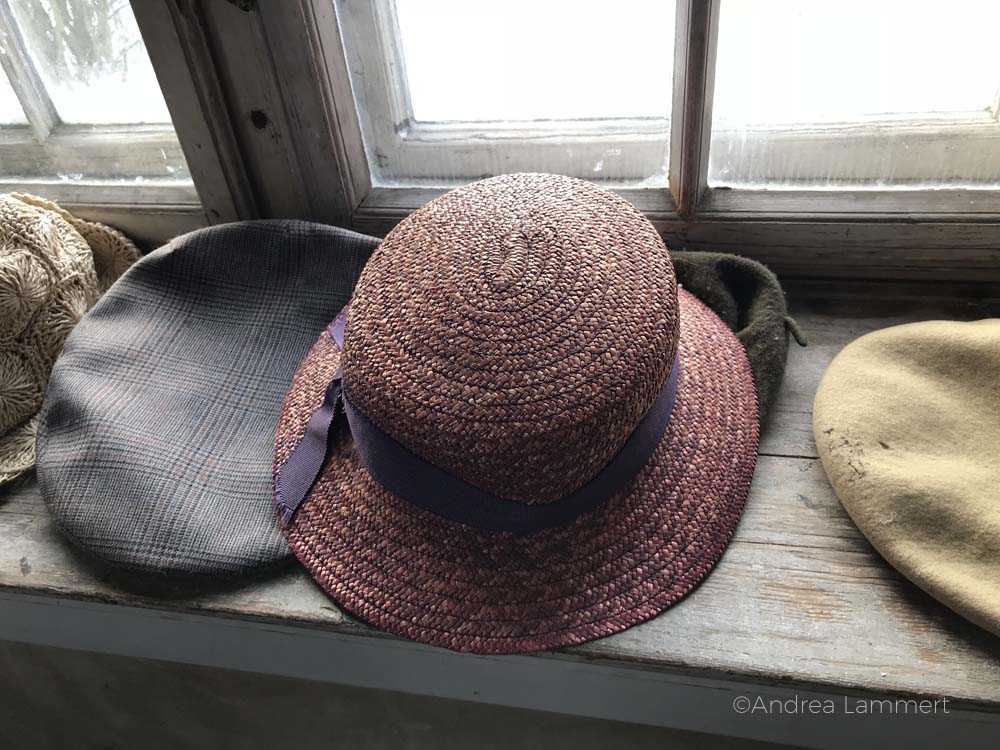 While on the estate Skovsgaard in the ground floor and attic, the restored living quarters of the owners are to be visited, there is a very special area for museum lovers in the basement: “We are the only castle museum far and wide, which shows the living and working space of the servants “Explains Marianne and leads me into the cellar. While I found it rather unspectacular in the upper part of the castle, I am immediately impressed: I stand in a huge kitchen with sky-blue furniture, life-size dolls represent the maids, as they stand at the open stove and cook and also apples and sausages lie around, just as if the kitchen were still in operation. It goes on to the living quarters of the employees, who almost all have a stove. “That was a luxury back then,” explains Marianne. It already shivers in my thick winter jacket, some of the windows in the basement (such as in the storerooms) are not glazed and provide for icy wind, which whistles into it. The kitchen of the castle. The castle kitchen of Skovsgaard. 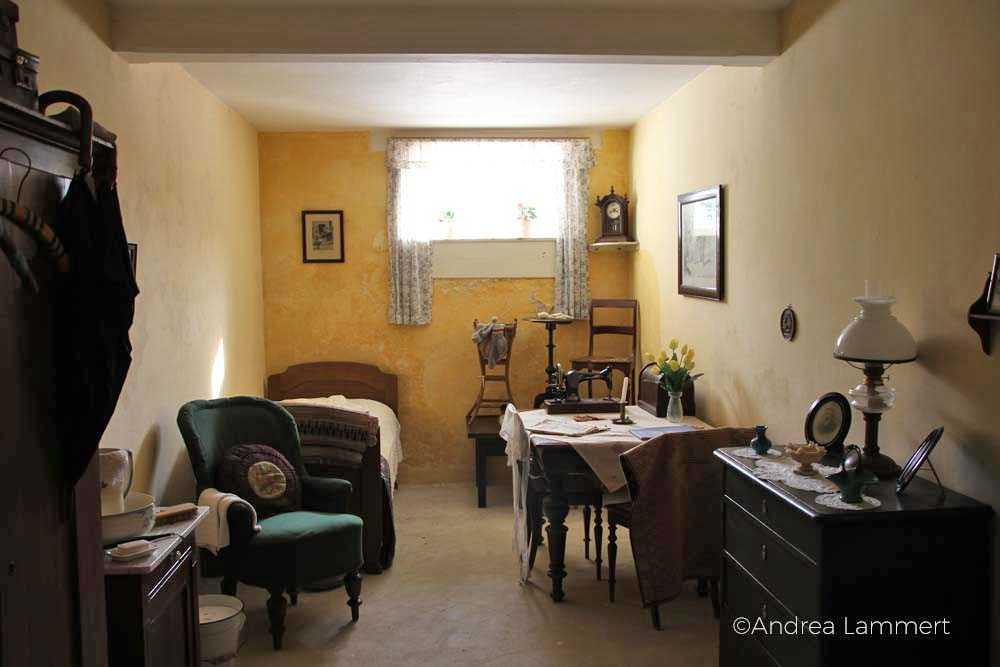 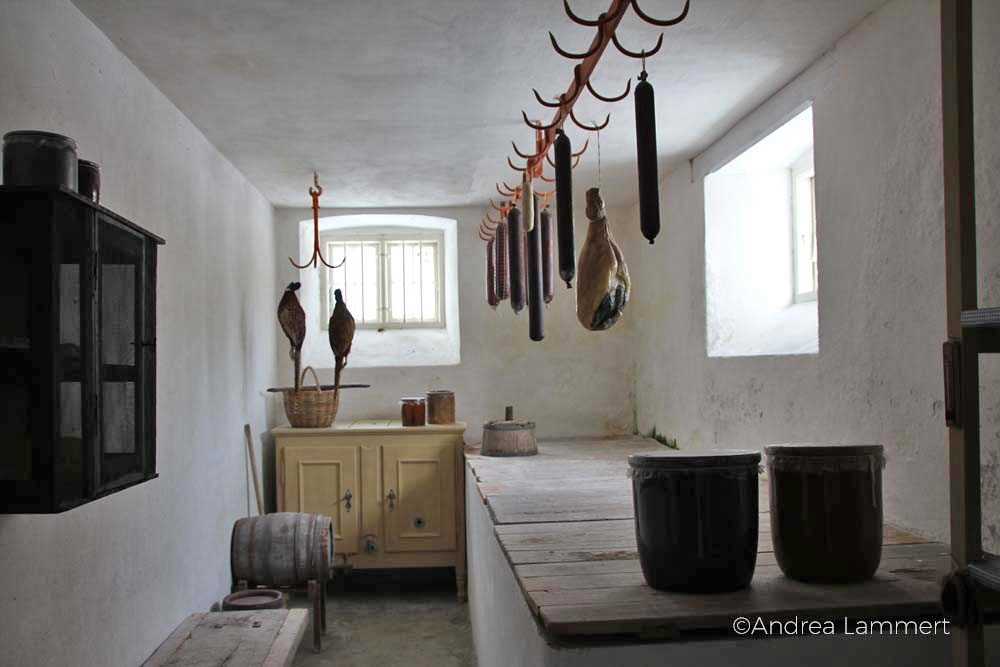 That Marianne works as a biologist on the estate, has its reasons in the foundation, because Skovsgaard is on the one hand focused on organic agriculture and one of the largest farms in the country. On the other hand, nature conservation plays an important role and that is why the work of rangers and nature educators is so important. Marianne has come up with a program called “Kiss the Frog”, which introduces children (and adults) to nature conservation in some places around the island of Funen. It is the simple, uncomplicated that she wants to promote. Small and large researchers should be able to get started wherever they are. Using nets to catch the butterfly and beetle, examine them and release them again. Or take water samples in the small ponds. Or just explore the nature with destination books. You can also take eggs from the yard at cost and stir a pancake batter, which is fried on long style pans over the open fire. Or play in dressing with the pieces of clothing of the former lords of the castle. There are many ways to be active on Skovsgaard. Almost all of them have one thing in common: they are activities that promote imagination and creativity instead of finding out things on the computer. You can also just walk for hours through forests and meadows and hope to see one of the sea eagles living on Langeland. 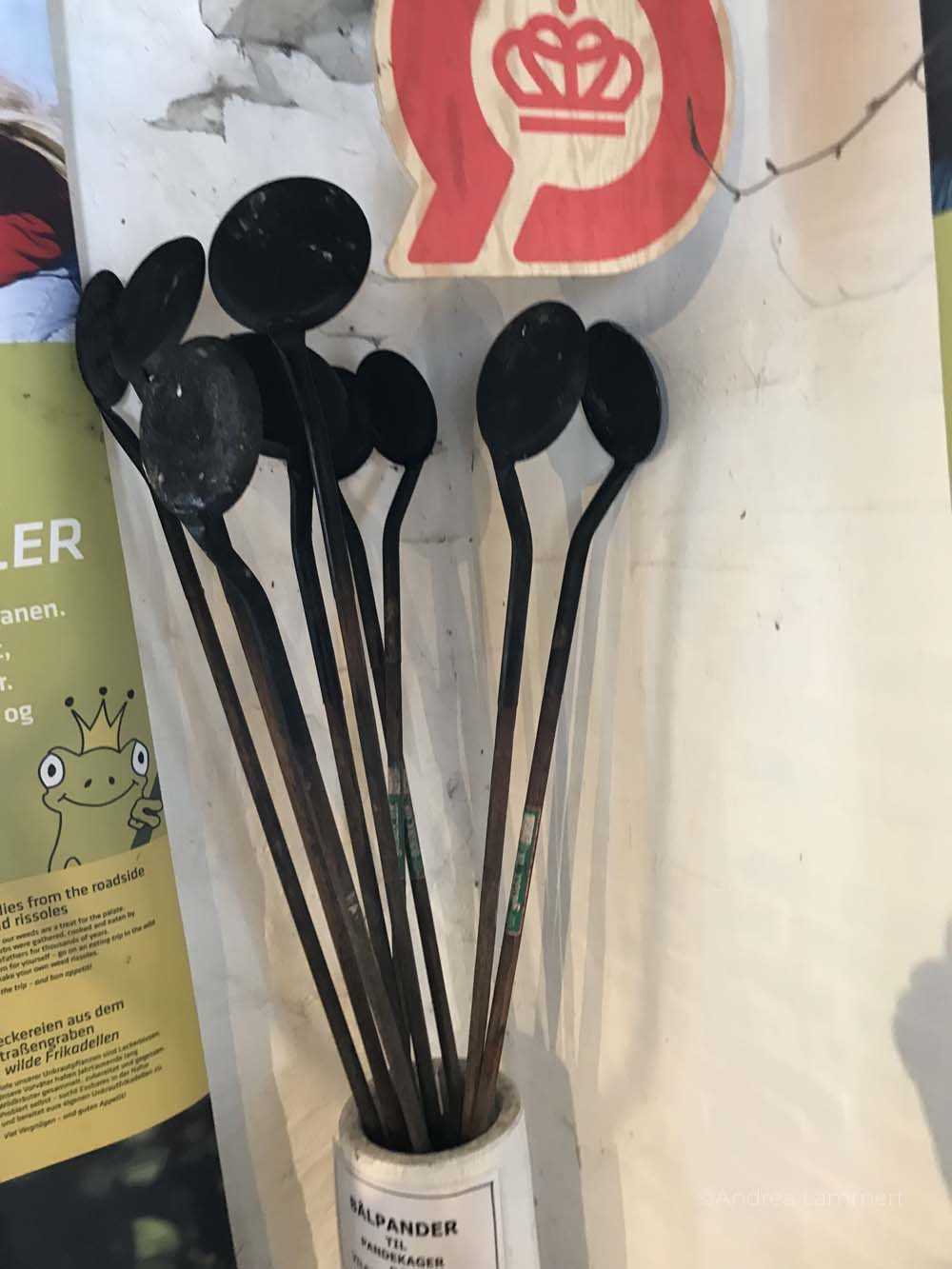 Iron pans for pancakes around the campfire 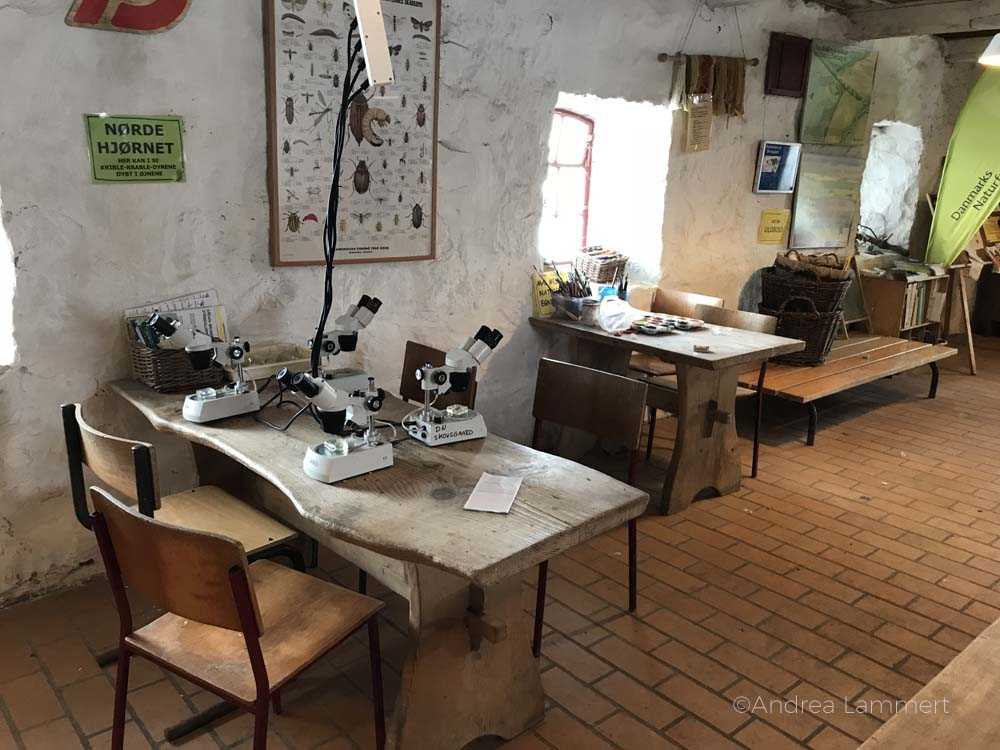 Information for visitors from Skovsgaard on Langeland

You want to visit Skovsgaard? This is especially worthwhile in the summer, because then you can do great-simple things. Pour some animal traces with gypsum or roast pancakes from freshly laid eggs over the open fire. Admission to the estate costs 60 CZK for adults, children are free (up to 17 years). With the ticket you can do everything: go to the various museums, there is also a tractor museum and one with old carriages. At the nature station you can not only look at microorganisms under the microscope, but also borrow iron pans for the campfire or nets for butterflies. Price? Everything included in the entrance. Open from April to October 10-17 clock.

Especially nice is the café, which is connected to the farm, the food is of course in organic quality. In summer you sit on the terrace and look at the small castle. 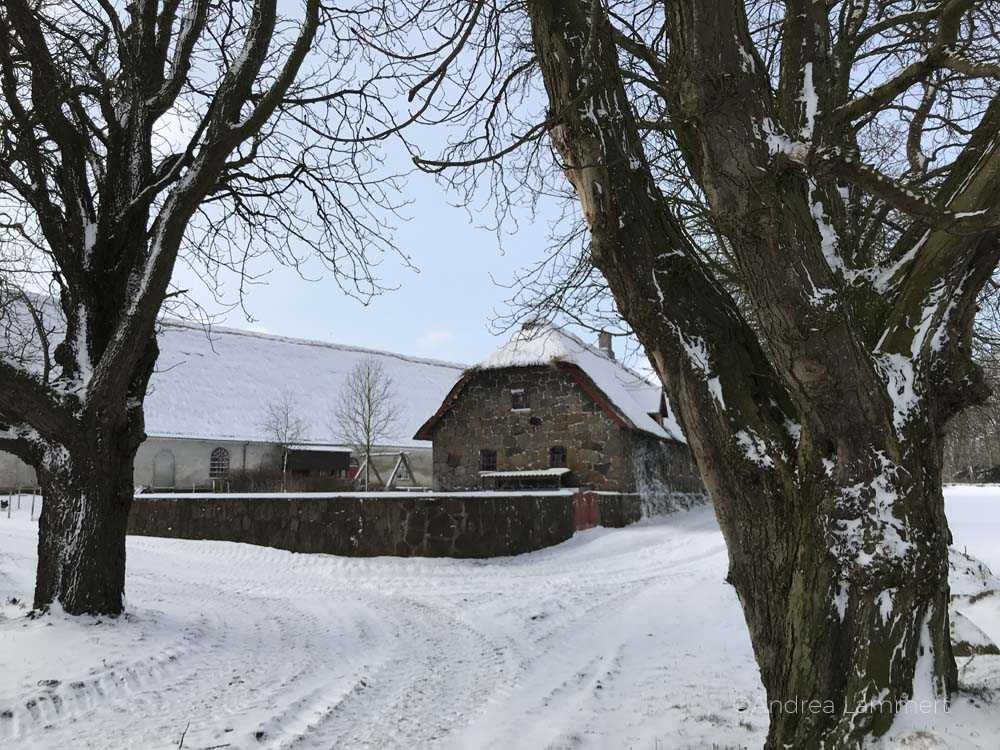 The journey was supported by Færgen – thanks for that.

You want to read more about my time in the Danish South Seas in winter? Then take a look at my other articles: