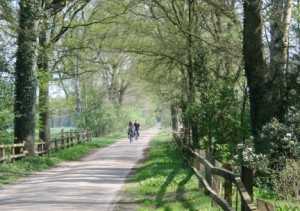 Recently I described in an article how I prepared myself for fasting (article: Fasting diary – preparation for the fasting week). Now, of course, I would like to let you know how I did during fasting. I have a duration of 7 days for my second fasting cure in life. Of course, I have thought of it a few days ago, as I just reported in my last article.

My actual start to the week then actually began a day before. I had tried the days before to eat consciously and to pay close attention to my satiety. The day before the actual start I drank sauerkraut juice and plum juice to stimulate the digestion. That day, I also did my shopping for the next 7 days. Several liters of water, a glass of vegetable broth, various herbal teas, a few juices, honey. On this evening, I have deliberately waived the dinner and resorted to juice and water.

This is how my started first day really without hunger. For breakfast there was a herbal tea and the bottle of water became my constant companion. I have drunk about 3 liters of water per day. Also just a juice or a tea. A feeling of hunger I could (I think because of all the fluid) not really recorded. But towards evening I actually had the appetite for the first time. I had to think of a nice brown bread with cheese, tomatoes and cucumbers. In order to get to the thought cinema, I once went for a good hour Nordic walking.

Mine too second day started without hunger. I did not have much of an appetite today, but I still felt that something was missing. In the afternoon, I felt a headache, which also got worse over time. So I tried with a broth and later a small spoon of honey to counter. Which worked out by the way, too. Of course I had also informed myself about the topic before my fasting week and there I also read about the side effects (such as headache) and how to control it with small measures. My sports program that day was cycling for an hour. My water consumption settled again at three liters, which should remain so for the next few days.

Exercise during the fasting week is good

Day three started again with a herbal tea and a big round of Nordic Walking. I felt fit. No hunger, no appetite, nothing was missing. I had also read before that the body should slowly get used to “the renunciation” from day three. I was full of energy that day, in a good mood and just feeling fit and comfortable. I did not have a headache that day either.

Day four actually runs like day three. No hunger, no headache, no appetite. I felt strong. But today, for the first time, I missed a cup of coffee. Because during my fasting week, I of course waived on stimulants, such as coffee, black tea or wine (smoker, I was fortunately not, otherwise, of course, waived during a fasting week on the Glimmstängel). On my exercise program, today was the big round of walking.

Day five brought me a realization of the day “so I am apparently addicted to coffee”. Because when I woke up in the morning, I had to think of coffee again. But I remained steadfast. Today I shivered, that too could be a normal side effect of fasting. So I had a great cup of herbal tea for breakfast and in the afternoon even a cup of vegetable stock. It finally warmed me up again. Incidentally, I did not feel hungry on this day either. My exercise program was today a 2.5 hour walk or rather a hike. &# 128578;

Day six of course, started thinking about coffee again. &# 128521; I had already gotten used to it. Instead of coffee, there was the proven herbal tea. Although I was not hungry around noon, my fingers trembled a bit and my circulation was a bit confused. I was probably hypoglycemic. This has happened to me once before outside of the fast, so I knew the signs relatively fix to interpret. In addition, I had also read in advance that hypoglycaemia may be another side effect. My counterplay consisted of a glass of juice and a spoonful of honey. Which helped really fast. My exercise program that day almost fell into the water, but luckily the rain stopped and I could swing on the bike saddle for another good hour. But there was still a challenge today. We had friends to visit and wine to drink. Of course not for me, but I would have to lie if I said that I did not mind. It was just such a cozy round that I would like to have drunk a glass.

Day seven broke, actually the last fasting day. Even though I was not hungry and did not really miss anything, I was actually looking forward to eating something tomorrow. &# 128578; I was also proud that I had survived the week now. Overall, the week was actually passed quickly. On the last day there was water and juice to drink and as a sports program an hour of Nordic walking. Besides, today it was time to go to bed really early. 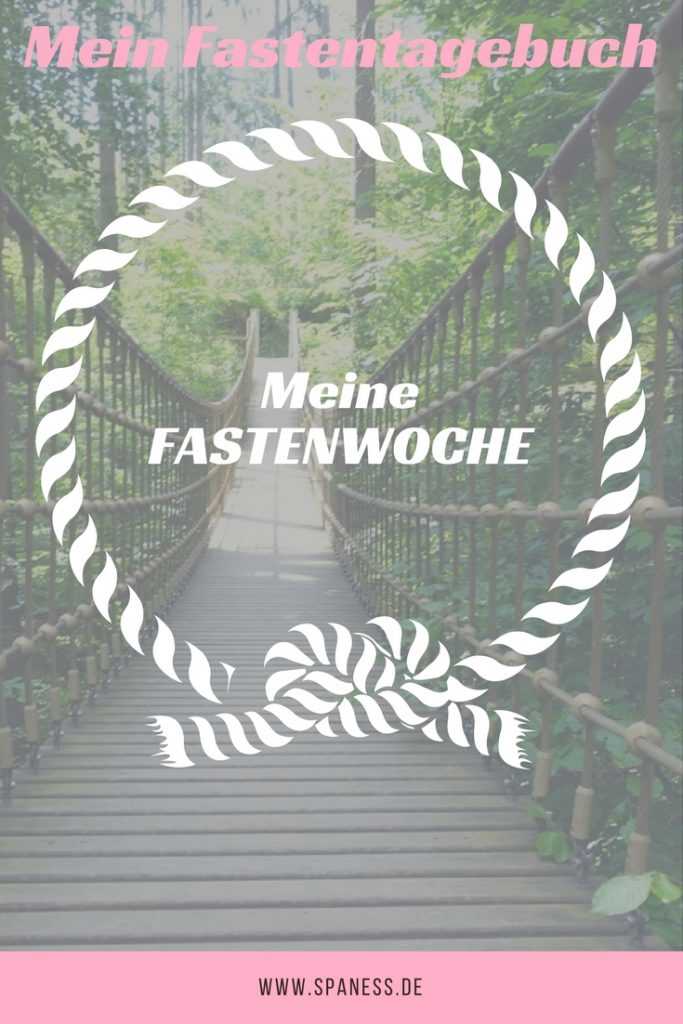 Conclusion (m) of a fasting week

Incidentally, during my week of fasting I continued to work as normal. All in all, I’ve been moving a lot, but during the week I’ve tried to add a little more exercise to everyday life. Which also went well, because the time, which I need to eat otherwise, I have saved. I actually did not feel hungry during the whole week – just a little appetite, I also did not have enough chewing and at the beginning I just missed something altogether, because the food is just part of our life and somehow a kind of ritual.

I noticed positively that I slept better at night (and I almost want to say firmer). Probably lies just the food, which we take in the evening to us, but sometimes heavier in the stomach, as previously assumed. I also took a lot of time for myself despite my work. Lots of fresh air

Overall, I really enjoyed my fasting week and I have decided to start such a fasting period at least once a year. Of course, for the health, in order to deal with the topic of food and nutrition in the future more conscious, to simply detoxify and of course, to more consciously deal with themselves and just sometimes a few things and situations of everyday life in mind Maybe in the future, to deal with it differently, just to change things and habits. I often abstain from late food, which is good for my night’s sleep. &# 128521; Who wants to know if I have lost pounds … that is said “yes” – but overall it was only between 2-3 kilograms. Of course, part of the weight will come back soon as soon as we start eating again. &# 128578;

Who of you may have fasted and would like to share your own experiences with us? Or maybe there is someone here who has always wanted to fast and has not yet been married yet? There is also the possibility to experience fasting in a wellness hotel. Here, additional exercise program, discussions and spa treatments are offered.

Maybe you’ve already had experience with it?

Even more interesting information about “fasting”: