Fairytale child’s birthday: Whether knight’s birthday or scary party, most children want one thing above all for their birthday party: it should be exceptional! That is why such motto parties are always very popular with many children. Both boys and girls love fairy tales, which is why you make a good choice with this motto.

However, such motto children’s birthdays also have a disadvantage: They are usually aimed at either boys or girls and require that all children have similar interests to the birthday child. Boys get their money’s worth at the knight’s birthday, while the princess party is only aimed at girls and the scary birthday is not well received by the scaredy rabbits among the kids. 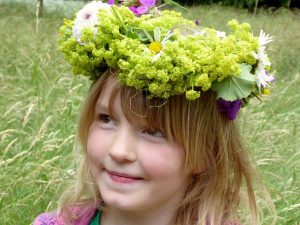 Preparation and collection of ideas

As with any children’s birthday party, the following also applies to the fairy tale party: Good preparation is the be-all and end-all. First of all, it is therefore important to collect ideas and to draw up a rough schedule. You can find lots of helpful tips, great ideas, delicious recipes and a checklist for an unforgettable children’s birthday party on the Nestlé Marktplatz website. What do you think of the balloon dance described there, for example? You could let the children dance to the song from "Beauty and the Beast".

The invitation to a fairy tale birthday

At a motto party, the red thread runs through the entire celebration. Therefore, you should already coordinate the invitation cards to match the topic. Make an invitation together with the birthday child that looks like the gold ball from the fairy tale "The Frog Prince". You need:

Paint the plastic ball with the golden color and write the invitation text on the paper. It is later folded up and hidden in the ball. In addition to the salutation, you should also record the date and time of the celebration and the place where the celebration takes place. You can write the text in a fairytale language, such as:

“We celebrate my birthday on… at… o’clock in… I’m waiting for you in my Lock. Yours faithfully, princess / prince … "

If you wish, you can also invite the little guests to dress up as frogs, princes, dwarfs or similar fairytale creatures in accordance with the motto "fairy tale".

Decorate the cake board with a gingerbread house 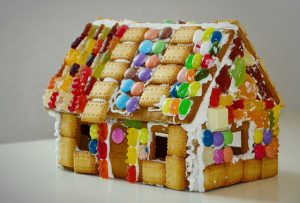 At a fairytale birthday party in the castle, children’s hearts will of course beat faster when they find pastries and other sweet treats on the cake table. The gingerbread house made of "Hansel and Gretel" fits perfectly with the motto "fairy tale". You can easily build such a witch house. From October to Christmas time, it does not require much effort, because during this time there are ready-made kits made from gingerbread available for purchase. You only have to use the enclosed recipe to mix the icing and glue the house together. You can also add other sweets such as wine gum and chocolate beans for decoration. Even outside of autumn and winter, you can make such a house out of gingerbread with a little more effort. One thing is certain: it is an absolute highlight on every fairytale cake table.

A fairytale program for the children’s birthday

It is even more important than eating that you prepare a program for the children’s birthday that provides variety. Schedule multiple games, but stay flexible. Not every game has to be played until the end. Go on to the next program point if a game is not so well received by the children. For example, the hands-on game "The Grim King" is suitable. Various handicraft and singing games are also possible. The “fairy tale ball” is also popular with children and fits perfectly with the fairy tale birthday party. All children dance to the music from the most famous fairy tales, but an evil fairy not only bewitched the music, but also the ball guests. So they stop the music regularly, whereupon the dancers have to stop. The child who moves or laughs is eliminated.