Must precautions be taken to exclude liability claims in the event of storm damage caused by fallen trees?? We explain the legal situation. 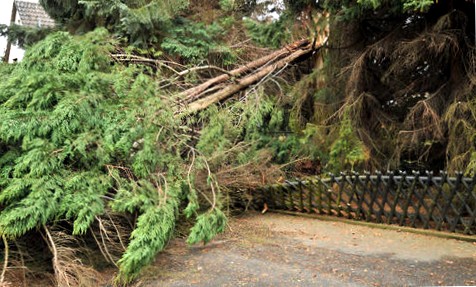 Heavy storms can cause severe damage due to fallen trees

Compensation cannot always be claimed when a tree falls on a building or vehicle. Damage caused by trees is also legally considered a so-called "general risk of life" in individual cases. If an exceptional natural event, such as a strong hurricane, knocks down the tree, the owner is not liable. In principle, the person who caused the damage and is responsible for it must always pay for it. However, the mere position as the owner of a fallen tree is not sufficient for this purpose.

Damage caused by a natural event can only be attributed to the owner of a tree if he has made it possible by his behavior or has caused it by omission contrary to his duty. as long as the trees in the garden are resistant to the normal effects of the forces of nature, they are not liable for damages. For this reason, as the owner of the land, you must regularly check the tree population for diseases and overaging. Only if a tree was recognizably diseased or improperly planted and nevertheless not removed or – in the case of new plantings – secured with a tree stake or similar, do they have to pay for storm damage.

The defendant owns the neighbor’s property, on which a 40 year old and 20 meter high spruce stood. During a stormy night, part of the spruce tree broke off and fell onto the roof of the plaintiff’s shed. This requires 5.000 euro compensation. the hermeskeil district court (az. 1 C 288/01) has dismissed the complaint. According to the expert opinion, there is no causality between a possible failure to regularly inspect the tree for damage and the damage that has occurred. Larger trees that are located directly on the property line must be regularly inspected by the owner in order to prevent possible hazards.

However, a thorough inspection by a layman is usually sufficient. Only if the damage could have been foreseen on the basis of regular inspections, would the failure to inspect have been causal. However, the expert had stated that the cause of the overturning of the spruce was a stem rot not recognizable to the layman. The defendant is therefore not liable for the damage for lack of breach of duty. She could not recognize the existing danger.

Do healthy trees have to be cut down? 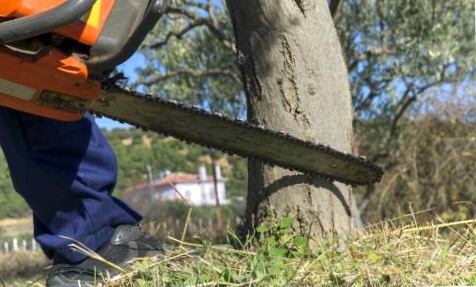 As long as the stability of a tree is not impaired, it does not need to be felled

According to § 1004 BGB, there is no preventive removal claim against healthy trees, just because a tree close to the border could fall onto the garage roof in a future storm one day, for example. The Federal Court of Justice has expressly clarified this: the claim under § 1004 of the German Civil Code (BGB) is only directed at the removal of concrete impairments. planting and growing resilient trees does not, by itself, establish a hazard situation.

The neighboring property owner can only be held responsible if the trees he maintains are diseased or overaged and have therefore lost their resistance. However, as long as the trees are not limited in their stability, they do not pose a serious danger that can be equated with an impairment in the sense of § 1004 BGB (German Civil Code).

practical video: how to remove a tree stump

When you cut a tree, a stump is left behind. To remove it, it takes either time or the right technique. In this video we show you how it works.

in this video we show you how to remove a tree stump correctly.
credits: video and editing: creativeunit/fabian heckle