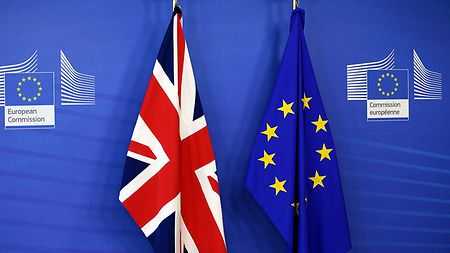 1. What changes in the status of EU citizens in Britain through Brexit?

The result of the “Brexit” referendum did not change the nationality, residence and social status of Germans and other EU citizens in the UK.

In addition, however, it depends crucially on whether Britain with or without exit agreements leaves the EU.

In the case of regulated Brexit, there is essentially very little change for German citizens until the end of the transitional period on 31.12.2020.

In the case of unregulated Brexit, that is different.

2. What impact does Brexit have on entry and residence in the United Kingdom??

In the event of a regulated Brexit, the freedom of movement continues to apply until 31.12.2020.

2a. As an EU citizen, I can still enter the UK with my ID card and passport after Brexit?

3. What right do EU citizens have after Brexit??

On 30.3.2019 the application process according to EU Settlement Scheme has officially started. However, identity card or passport must be sent by post to the home office. Therefore, the home office and the embassy advise to use the electronic procedure as much as possible. By 31.12.2020, all EU citizens must have applied for a new residence status. If the withdrawal agreement is confirmed, the application can be submitted until 30.06.2021.

Even though the exit agreement is not ratified by both sides and the United Kingdom is leaving the EU without any regulations, the British government intends to apply the so-called “EU Settlement Scheme” in a modified form.

The application process is now free of charge. Fees paid during the trial will be refunded.

If you would like to know exactly which family members can be made up and under which conditions, please inform yourself on the homepage of the Home Office, by calling the home office hotline or by contacting a specialist lawyer for alien law.

Yes, if you spend more than 5 years abroad or commit serious crimes. You should urgently be sure to travel at least one day back to the UK and keep proof of this trip before the expiration of 5 years.

4b. What rights do I have if I have received “Pre-Settled Status”??

Visitors / tourists in the UK

In the case of unregulated Brexit, German statutory health insurance is no longer valid in the United Kingdom. We strongly recommend to take out a travel health insurance.

In the case of regulated Brexit, insured persons in Germany with an EHIC card can in principle avail themselves of treatment until 31.12.2020.

The embassy can not make a general recommendation as to whether British citizenship should be acquired. Acceptance of a foreign nationality is an individual decision that depends on personal (life) circumstances and is conditional in each state.

For questions regarding dual nationality / retention permit, see below points 13 – 18.

7. What conditions do I have to fulfill in order to acquire British citizenship??

The requirements to be met to acquire British citizenship are governed by United Kingdom law. For more information, visit the UK Home Office website.

8. Recommends the Embassy to apply for the “Permanent Residence Card”?

The British Government has set up a number of posts where – if necessary. for a fee – can scan his passport.

11. I am German, but my children do not have a German passport. Can I apply for German citizenship for my children??

However, before booking a pass date, please check whether your child must first provide a name statement. All information can be found on our website under “naming rights”.

Registration of the birth of your child or application for a German birth certificate is only required if you were born abroad as a German parent even after 31.12.1999. Further information has been posted on our website.

According to current German law, it has no influence on the German nationality of your child if the child automatically acquires further nationalities through birth.

12. Do I have to inform the German authorities about the acquisition of British citizenship??

Pursuant to Section 15 (4) Passport Law and Section 27 (1) (4) of the German Identity Card Act, the holder of a German passport or ID card is required by the passport authority / identity card authority (usually staying in the United Kingdom at the Embassy in London or the GK in Edinburgh) promptly announce the acquisition of a foreign nationality.

When applying for a new German passport or identity card worldwide and whenever a German authority asks you for citizenship, you must declare your acquisition of British citizenship. Please bring along your British certificate of naturalization (or proof of application in accordance with section 17) on the passport date at the Embassy / Consulate General.

In individual cases, other notification obligations may exist vis-à-vis domestic German authorities, which can not all be recorded here. Please inquire with the respective authority.

13. What will happen if Britain leaves the EU with respect to existing citizenship? Do you have to decide as a dual state then for a nationality?

14. Am I losing German citizenship by acquiring British nationality??

15. Do I need a retention permit for my German citizenship??

In the event of an unregulated withdrawal, the “Law on transitional provisions in the field of employment, education, health, social affairs and citizenship adopted by the Bundestag on 21.02.2019 after the departure of the United Kingdom of Great Britain and Northern Ireland” in Article 3 paragraph 2 that Germans who have applied for naturalization in the United Kingdom before the date of withdrawal do not lose their German citizenship under Paragraph 25 (1), first sentence, of the Citizenship Law, even if the acquisition of British citizenship with the swearing ceremony takes place only after leaving the country , The wording of the law can be found here.

In these cases of application before Brexit or before the end of the transitional period, therefore, no maintenance permit is required. It is important that a dated document about the submitted naturalization application is kept as proof.

16. How can I prove that I applied for British citizenship before the Brexit date?

If you apply for a new German passport, you will need to declare that you have acquired British citizenship on application, and you must prove that you have submitted the application before the Brexit date and the German citizenship due to the transitional arrangements therefore did not lose.

This proof can be taken in three ways:

17. Can I apply for a retention permit as a precautionary measure??

18. I have obtained British citizenship and would like to apply for a British passport, but my German passport does not bear the name that I hold in the UK. Therefore, I am denied the issuing of a British passport. How can my name be changed??

19. I am German and live in the UK. Can my husband / wife, who is not a German citizen, acquire German citizenship due to our marriage?

Spouses of Germans can usually not be naturalized if the family lives abroad. The competent nationality authority, the Federal Administrative Office in Cologne, has confirmed that marriage (even for many years) with a German and the desire to have a uniform nationality in the family alone are not sufficient grounds for naturalization.

The background is that according to the applicable German citizenship law, naturalization abroad is only possible in exceptional cases. In addition to the general prerequisites for naturalization (such as very good knowledge of German and close ties to Germany), in these cases the so-called discretionary naturalization must have a special public interest in naturalization. The Federal Office of Administration would examine whether it is advantageous, according to general political, economic and / or cultural aspects, for Germany to exceptionally immigrate her spouse despite her domicile abroad.

20. Residence status of UK nationals and their third-country nationals

No British citizen has to leave Germany in case of an unregulated Brexit. The Federal Government is planning a transitional period of initially three months. During this time, British citizens who are eligible for free movement and their third-national family members can continue to live and work in Germany without a residence permit. This also applies to British nationals who are moving within this transitional period.

For the further stay, however, all those affected are required to submit an application for their subsequent residence permit to the competent immigration office by the end of the transitional period and, if they have not yet done so, to register with the registration office responsible for their place of residence. The further stay for the time between the application until the decision of the foreigners authority is considered as allowed. In the case of an unregulated Brexit, British citizens and their family members entitled to free movement are to be granted a settlement permit if they have been permanently resident in Germany for five years. For a stay of less than five years, a residence permit should be issued.

The Federal Ministry of the Interior has compiled comprehensive information on its website that highlights all possible scenarios.

Please note that disorderly Brexit can also affect your social security status (especially pension and health insurance), especially if you are insured in the United Kingdom but live in Germany. Therefore, inform yourself in good time at the social insurance institution responsible for you.

Further information can be found here.

The German driver’s license is still recognized in the UK – both in a regulated and in the case of unregulated Brexit. An exchange is not necessary until the age of 70 years (truck 45 years).

2. In Germany: Will I be able to drive in Germany with a British driver’s license?

In the case of temporary admission to the traffic, holders of a British driving license with their driving authorization issued in the United Kingdom may enter the traffic in Germany (in accordance with a road traffic agreement of 8 November 1968), provided that they hold a card driving license. Otherwise they need an international driver‘s license under the said Convention.

International driving licenses can be applied for in the UK for £ 5.50 in the Post Office and taken immediately. More information about the international driver’s license