Farewell is one of those situations in life that many people find particularly difficult. Farewell sayings can help to put the emotions into words on the one hand and can also better cope with the farewell. Not least because you realize that a lot of other people are also in the situation or were better. Read the wonderful farewell poems, they also support you in coping with the farewell.

"Memory is the only paradise from which we cannot be driven out."
Jean Paul (1763-1825) German poet, publicist and educator – The invisible box

Farewell – you don’t feel,
what it means, this word of pain,
with a confident face
you say it with a light heart.
Farewell – Oh, a thousand times
I told myself
and, in insatiable agony,
my heart broke with it!
Eduard Mörike (1804-1875)

Let my eye say goodbye,
That my mouth can’t take!
Heavy, how heavy is it to carry,
And I’m usually a man.
Johann Wolfgang von Goethe

"When you say goodbye to the market, you get to know the merchants."
saying

"How quickly is it goodbye, how long does it take to see you again?!"
From China

The farewell flower is blooming somewhere and keeps sprinkling pollen that we breathe over; we breathe farewell even in the coming wind.
Rainer Maria Rilke (1875-1926) – Muzot, October 1924

Saying goodbye must be short like declarations of love.
– Theodor Fontane (1819-1898), Cécile

A farewell always hurts, even if you have been looking forward to it for a long time.
Arthur Schnitzler (1862-1931), Relationships and loneliness

Only the lack of hope to see each other makes a painful farewell.
Achim Schmidtmann – spruecheportal.de

Give away a farewell balloon – it says more than a thousand words!

"The last key words in a properly managed human Life must be called peace and goodness."
Carl Hilty (1833-1909) Swiss philosopher and constitutional lawyer

When we say goodbye, our inclination to what we value will still get a little warmer.
Michel de Montaigne (1533-1592) French politician and philosopher, Essais III, 5th

"Where there is suspicion, quiet takes its leave.
saying

If I could give you something of mine,
it would be my heart,
so that you could feel,
how much I loved you.

If I could give you something of mine,
if it were my eyes
so that you could see,
what a wonderful person you are.
(Author unknown *)

Retirement is now at your door –
and that after four and a half decades top class!
World champion you can juggle with numbers and interest,
without ever losing track.
So you were appointed to our board in 1995.
And nobody dared to downgrade you again!
Because while others are lounging in the sun,
you also worked at the weekend – without complaining.
Yes, our bank – it was your greatest happiness.
It replaced dinner for you – and breakfast!
For your 45 years at Deutsche Bank
Our heartfelt thanks go to you.
Because you didn’t just have an eye for numbers,
but also for your colleagues and their torments.
© RedeGold ™ speech writer

And a few more or less stupid sayings at the end of the relationship:

Books about farewell in partnership with amazon.de: 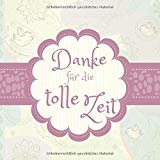 Thanks for the great time: Guest book I souvenir album for the farewell I pending I retirement I birds and flowers, farewell guest books, Independently published, 1653839406 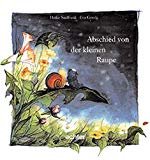 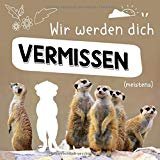 Farewell to the parents. A guide for adults to normalize parent relationships, Howard M Halpern, iskopress, 3894034114