Couples having their fertile days know and focus their love life on it pregnant faster.
For this reason it is for couples with existing ones fertility of great interest, the to calculate fertile days and limit the upcoming ovulation as precisely as possible.
Entering historical cycle data into an interactive ovulation calculator can provide a rough estimate of fertile days and future ovulation. However, it should be noted that the calculation of the fertile days in this case is based on static formulas. The woman’s personal cycle is completely ignored. In this way, numerous couples who rely on this data repeatedly miss their personal fertile days and wait in vain for a long time for the desired pregnancy to occur.

There are several reliable methods to calculate the fertile days, especially if you want to have children, to shorten the waiting time for pregnancy through sex in this cycle phase: 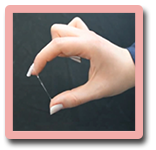 Observation of cervical mucus when you want to have children

The cervical mucus is secreted from the cervix. Some women have never heard of it and refer to it as "discharge". Every woman has cervical mucus and it serves as a means of transportation and a source of food for the sperm on the way to a fertilizable egg.
The consistency of the cervical mucus changes over the course of the cycle. At the beginning of the cycle after the end of the period, it is often white, lumpy and tough. The closer to ovulation and thus the fertile days, the more transparent, stretchy (consistency like protein) and liquid it becomes. The chances of pregnancy are best on the last day with stretchy, glassy cervical mucus and also on the following day, if only a little or not at all no Slime can be seen or felt more. In this case one speaks of a change to a worse one Zervixschleimqualität. 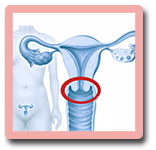 Observation from the cervix if you want to have children

Also the Condition of the cervix changes over the course of the female cycle. To observe these changes, the woman slants two fingers backwards and then upwards into the vagina until she feels a smooth, rounded surface. There is a tiny opening within this area. In order to be able to perceive and classify the changes, the woman should take her daily Feel the cervix. A leg placed on the edge of the bathtub or a lying position with bent legs can make it easier to feel. The cervix is ​​slightly opened during the period. After that it feels firm and hard and has a consistency like ear cartilage.
The closer the fertile days back, the softer the cervix feels and the consistency is reminiscent of the earlobe. In the period around ovulation, the cervix is ​​very soft and the widest, namely 0.5 to 0.75 cm, opened.
After ovulation and the fertile days, this opening closes and the cervix increases in strength from day to day. 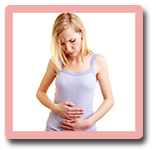 Mittelschmerz & Ovulation bleeding if you want to have children

Further sign for the upcoming ovulation the woman are the Mittelschmerz and the ovulation bleeding. Some women experience so-called middle pain around the time of ovulation, which is also known as ovulation pain. In many cases, this occurs about a day before ovulation or ends at that time.

The woman perceives the middle pain as sometimes sudden stinging, pulling or pressing in the lower abdomen. This dull pain can also radiate into the pelvis, perineum area, back or legs. Some women even have very severe pain. The woman often feels mid-pain on the side of the body where ovulation actually takes place. The pain can last from a few seconds to hours, but can also occur again and again over several days. 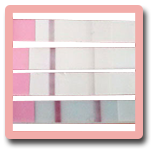 The ups and downs of hormones

Shortly before ovulation, i.e. during the fertile days, the concentration of the Luteinizing hormone (LH) significantly. If a certain limit is exceeded, this hormone triggers ovulation, which takes place 9 to 24 hours after the sharp rise. This LH surge can be determined with the help of biochemical tests, which are also called ovulation tests or LH tests. These tests determine the hormone concentration from a urine sample and show a positive test result as soon as the threshold value for ovulation has been determined, i.e. the woman is in the fertile days. If an ovulation test has a positive test result, it means that there is a high probability that ovulation will take place within the next few hours. Sex the day after a positive test result is the best time to encourage pregnancy. With a Ovulation the fertile days can be calculated well. 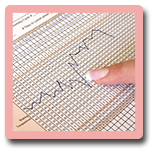 Ovulation triggers an increase in body temperature with the woman. That day and the two fertile days previously the probability of pregnancy is high.
In order to calculate the fertile days in advance, it is advisable to combine the temperature monitoring with the help of a cycle computer or in combination with observation of the hormone values ​​or the cervical mucus consistency.