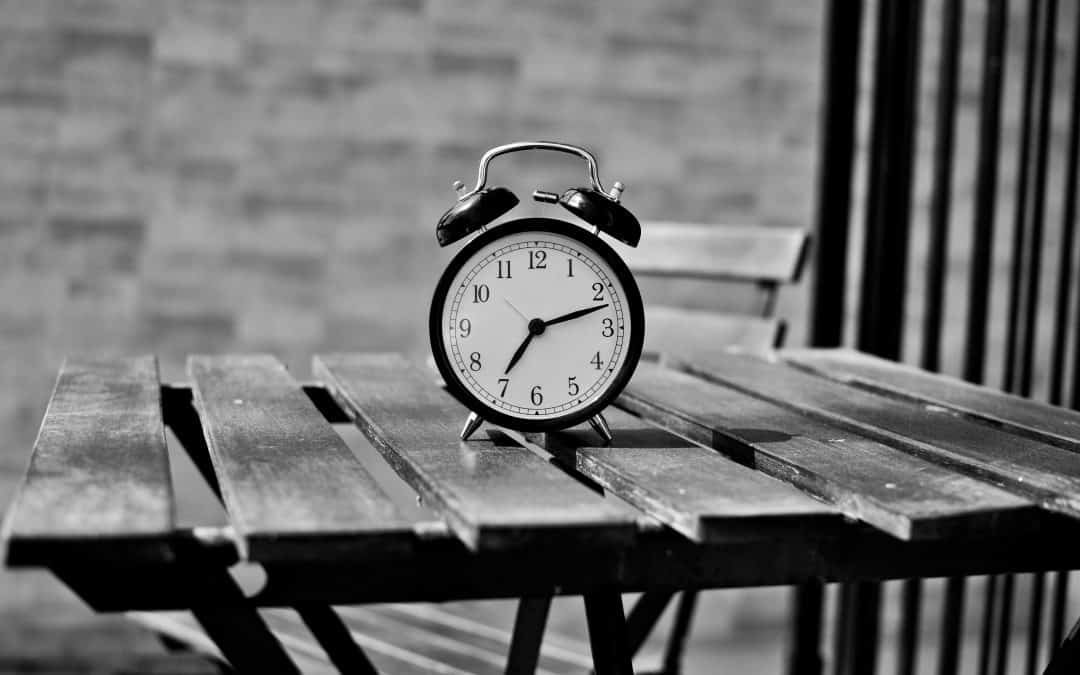 The fertile days – a clever device of evolution.

A woman can become pregnant during the fertile days. So the most concise of all the answers. But when exactly are they, the fertile days? Where are they in the monthly cycle and how long do they last? How reliable is your determination in relation to the realization of a desire to have children or – on the contrary – as quasi-natural contraception? The matter of the fertile days is simple, but therefore far from easy.

Actually, we already know everything from biology lessons. Or maybe from a long-ago, taciturn discussion with mom and dad. Sometime between fourth grade, puberty and sexual maturity, that’s all a topic. The one with the fertile days, the one with the bees and the blossom. The topic of fertile days is often accompanied by questions until adulthood and is fraught with uncertainty in some younger people. It is basically very easy with the fertile days. And then again not. That’s why familyar is now happy to ask for a small "clarification talk reloaded".

First the bare facts. The so-called fertile days are a regularly recurring phase within the female cycle. Fertile days affect the female body and are part of female biology. They form the period of time during which pregnancy is possible at all through fertilization and implantation of an egg cell. A biologically healthy woman is able to conceive and conceive every month on these fertile days from the time of sexual maturity until she reaches the so-called menopause. The "arrival" of the fertile days announces itself with the first menstruation (menstrual or monthly bleeding) of the sexually mature young woman. On fertile days, fertilization of an egg in the uterus is now theoretically and practically possible. During the menstrual period itself, as does the entire cycle everyone Women can take different lengths of time, the fertile days are always about the same length of time and last about six to seven days, i.e. about a week. Nevertheless, this “safe” period of time can only be roughly determined in the end. We want to show why.

Women and men deal with the fertile days for two reasons or approach the topic from two possible directions: either they want to use this phase in a targeted manner to successfully get pregnant and have a child. Or, on the contrary, they do not want to have sexual intercourse, especially on the fertile days, to avoid an unwanted pregnancy. It is therefore important to know a little: what is it about the fertile days? From when to when exactly can conception be successful or quasi-natural avoided?

A few terms and information are important for the most accurate determination of the fertile days. Some of the relevant data vary from woman to woman. But one thing is certain for everyone: the fertile days depend on the duration of the monthly cycle and ovulation. Ovulation always takes place around 14 days after the last menstrual period (menstruation). In these two weeks before their "jump" a new egg matures in the ovaries, which then migrates into the uterus via one of the two fallopian tubes. During this time, the uterus itself forms a mucous membrane in order to be able to take up a fertilized egg cell and to make it "cozy" to a certain extent. If there is no fertilization by male sperm cells (sperm), the egg cell with this endometrium is rejected after about another ten days after the next menstrual period. A new cycle follows. And it all starts again.

The new, released egg cell first migrates again into the uterine tube, where it "waits" for fertilization, into the uterus. During this time, about 14 days before the next menstrual period begins, penetrating sperm can reach the fallopian tube. These are the fertile days of a woman. From a purely biological point of view, fertilization is only possible on the day of ovulation itself and a few days before and after. This is where fertility is at its highest, and the sperm of the partner have a real chance of reaching and merging with the new egg cell during this period alone. Always provided the sperm are strong, fast and healthy enough for this. If the fertilized egg permanently and firmly attaches itself to the uterine mucous membrane, a new child grows up in the womb.

“From a purely biological perspective, fertilization is only possible on the day of ovulation itself and a few days before and after …

If you have read carefully, you will quickly notice that, despite the facts, it is getting spongy again: "Approximately after 14 days", "A few days before and after ovulation" are relevant as fertile days. What does it mean exactly? How many days before and after ovulation are there few? To start with: there are a total of six to seven. It is better to assume around a week. Below we show why the fertile days are so long and why they cannot really be determined exactly with a stopwatch with start and stop.

The cycle duration varies from woman to woman and can last between 26 and 32 days. The average is 28. The cycle length is also determined by the length of the menstrual period. The final day of female menstruation serves as a fixed point for determining the approximate time of ovulation. All of this is important for determining the fertile days. Some women have three, others five "their days" for five days. The intensity of the menstrual period and its physical circumstances also vary. Neither the number of days nor side effects such as headache or stomach ache and others are decisive for the calculation and determination of the fertile days. It depends on the last day of your menstrual period. Because this is another important point of orientation for the approximate determination of the fertile days.

"It depends on the last day of the menstrual period …

Ovulation:
Like all physically healthy women, Karin can usually expect to ovulate 14 days after the last day of her bleeding. So in her case around March 17th. As above, the fertile days cover a few days before and a few days after ovulation – in Karin’s case, roughly between March 14th and 20th. That’s pretty much a week.

Uncertainty:
Despite these general facts, there are always uncertainty factors. Despite our preference for exact dates and our habit of beating the entire life, it is not possible to determine the exact time of ovulation and thus the exact beginning and the precise end of the fertile days. There are no dates in nature. An egg cell does not care that we count a new day from midnight!

Pregnancy is not a guarantee!

If a couple knows about the fertile days of women and knows where in the cycle they are, they also know about the high probability or at least the best possibility of pregnancy. However, sex within these fertile days is no guarantee of a successful pregnancy! “We did everything right and had mainly sex on the fertile days. Why am I not getting pregnant ?! ”- Some women may argue at a loss, and some men may wonder why it is, where they had created a calendar and everything is correct from the other biological parameters. However, just as pregnancy can begin outside of fertile days, there is no guarantee of success within these six or seven days.

The fertile days only specify the biological time frame that nature has set up over millions of years for the progress of our species. In other words, it can happen on these six or seven fertile days – but it doesn’t have to. Because we can research our biology and use the knowledge about it. Maybe even trick sometimes. But we cannot really get away from it. Certainly not with a system as complex as human sexuality and reproduction. Not just the fertile days, a healthy uterus, a regular one cycle, Intact and fit sperm and an unconditional will can accompany and encourage the desire to have children.

If, on the other hand, a couple wants to use their ovulation calendar so that they are not getting pregnant, the fertile days can be seen as the time to hold back on sex. The idea behind it: Outside the fertile days, the male sperm cannot fertilize an egg cell that is not there at all. However, this “natural method” is not really safe at all! Because exactly when the egg cell is where or how long exactly sperm in the vaginal climate survive undamaged are real factors of uncertainty! One may therefore speculate on how many children saw the light of day, although the fertile days when it came to sexual gatherings, especially in earlier times, were avoided. However, it is particularly perfidious that the nature of the primates’ females (and we humans are irrespective of all cultural achievements are just these!) Through the action of evolution, especially on the fertile days, particularly "sexually" charges and makes them lusty. Worldwide studies and tests have shown that a woman shortly before, during and shortly after ovulation – on her fertile days! – is sexually more open, more willing and receptive to adventure and also reacts differently to potential sexual partners. What is behind it is as clear as it is unromantic: biological evolution is about the gene pool and efficiency in securing art. The rather short period of fertile days should and will be used to produce fit offspring.

In summary: The fertile days – a lot of about

The fertile days last about a week. They start around three to four days before ovulation and end about three or four days after it. Ovulation takes place about 14 days after the last menstrual period. Keeping an "ovulation calendar" helps to determine the fertile days. A woman and her partner should measure the length of the monthly cycle. A woman can become pregnant within these days, but does not have to. Pregnancy is also possible outside of the actual fertile days.