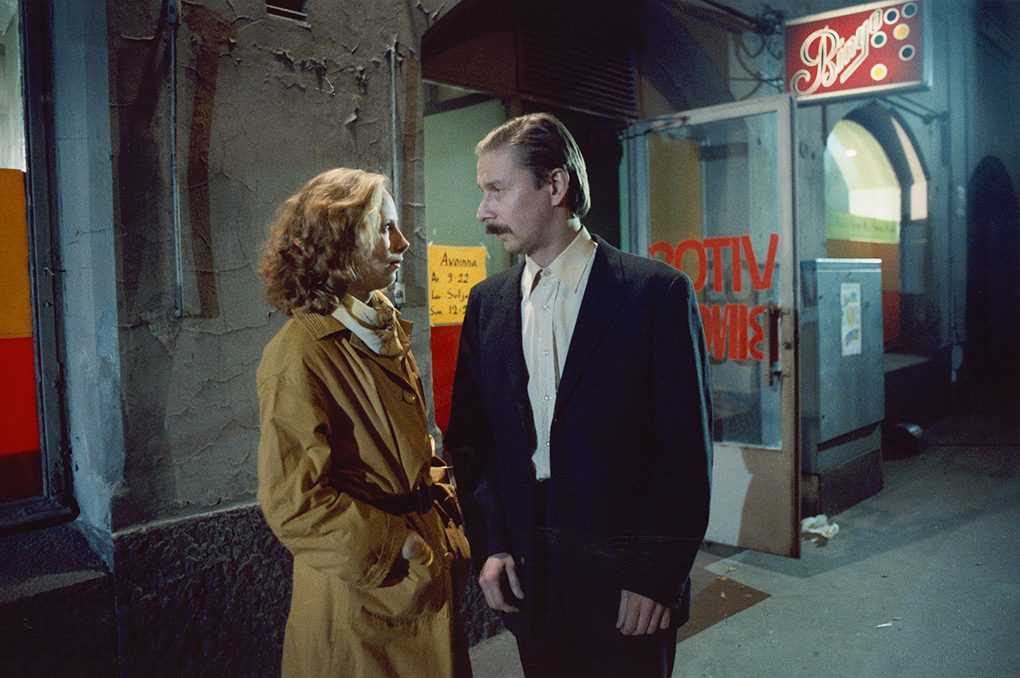 Since we decided to travel to Helsinki and Karelia in the summer, I drown in Finland love. For me, this sparsely populated country in the northeast, where they speak differently from all our other neighbors, has long been Western Europe’s last adventure.

The Film Finland of Aki Kaurismäki 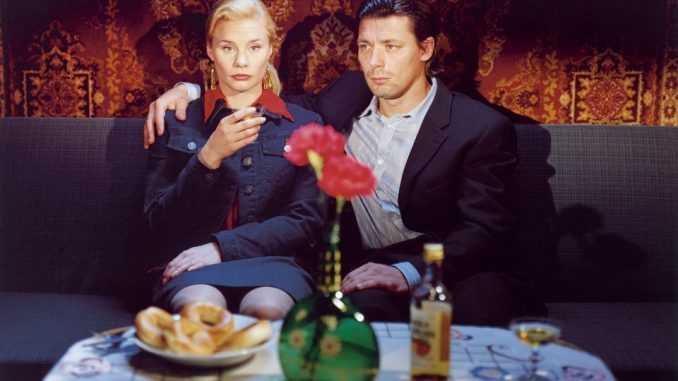 My love for Finland began in a grubby Mainz porn cinema, where a hall was used as a program cinema. No idea if the building is still standing today. When I was a student, Aki Kaurismäki’s early films ran there – and no place would have been more in keeping with the fatalistic drama of the Finnish director. Kaurismäki’s protagonists have usually arrived at the bottom before the movie begins. With unmoving expression, they put one stroke of fate after the other, without twitching. But sometimes, sometimes they experience great happiness. This looks exactly like what is colloquially referred to as little luck. Kaurismäki has created a cinematic Finland where the qualities of the wearer are among the defining traits, and where being passionate means sitting on the sofa while holding hands, in front of a low table with plastic flowers. 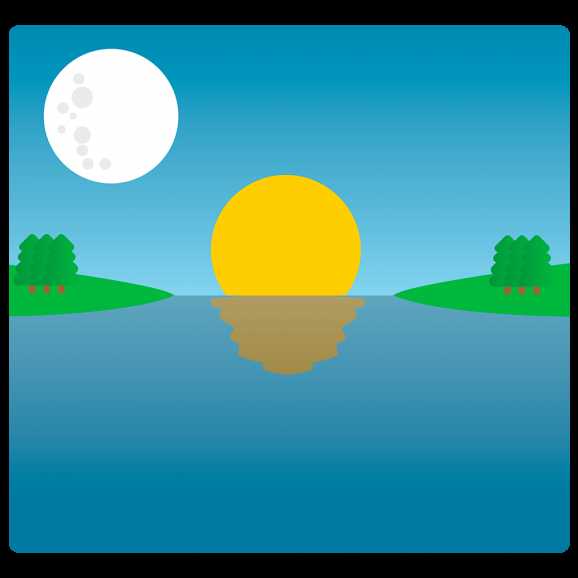 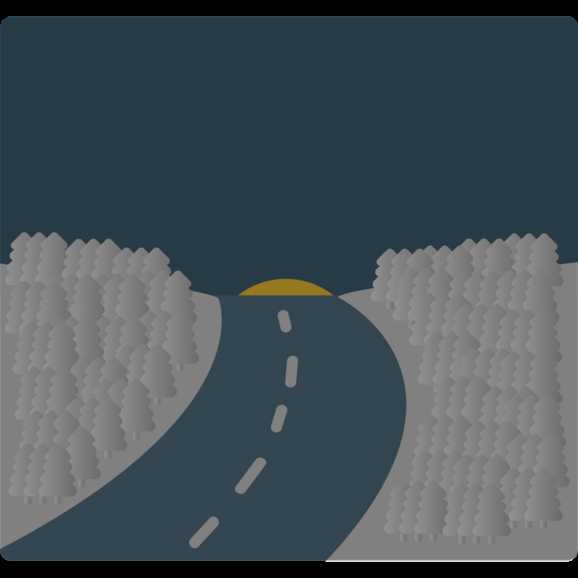 This emoji stands for kaamos – the feeling of sunless days

When the student life came to an end and my professional life began, I had to deal with representatives of a Finnish design jewelery company. They loved their land, there were reindeer hams at their parties, and some boss or sub-chief of admirably complicated name explained to me in a state of advanced alcoholism the nature of the Finns: they are extreme because their seasons are extreme too, either very light or very dark.

Finland seemed to be pure poetry. You had to forfeit this land. Today, I ask myself why we did not simply buy plane tickets to Helsinki at that time, not bound by children and hedonistic about our salary. Maybe Finland was too mythical to be considered as a real travel destination. 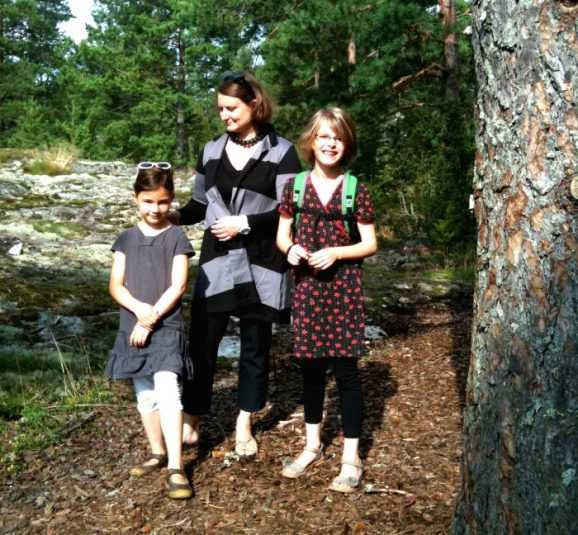 At the end of kindergarten we tried Finland for ourselves

That changed when we had children. While the fabulous PISA achievements of the Finnish school system went through the media, we sent our first daughter to a kindergarten with a Finnish educator. Finland suddenly became a very real factor in our lives – without, however, losing its mysterious fascination. One after the other, our daughters profited sustainably from the blessings of Finnish education. At the same time, they internalized what the sun and spider were called in Finnish and how they counted to ten. They learned everything that can be conveyed to toddlers about the current state of research on Northern Lights. Learned that the Finnish bears are getting closer and closer to civilization because they can not find enough food in the wild. Elsewhere on this blog, I’ve talked more about the emergence of early childhood Finland love. 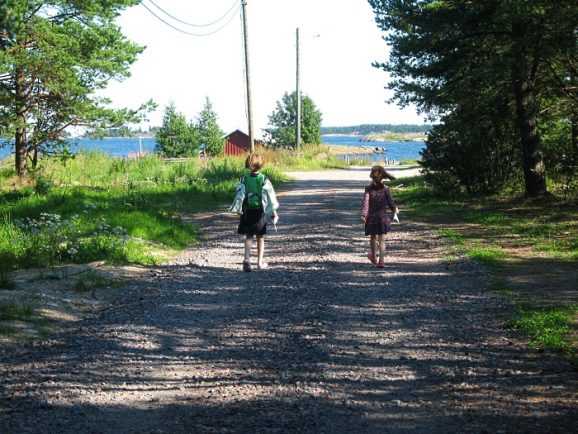 A friend of mine moved to Belgium. We decided to travel together for a weekend to a place somewhere in the middle between Baden-Württemberg and Flanders. We met in Helsinki. After one of us had said this idea, there was no turning back. That, in turn, had something to do with the Finnish educator we are friends with. And with our common interest in design. 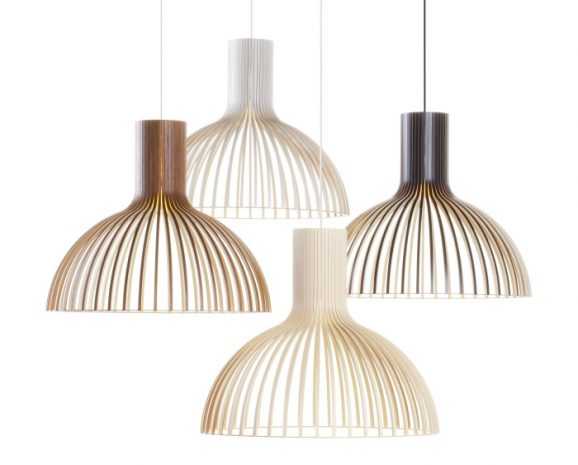 My first impression of Helsinki-Vantaa Airport will never be forgotten. I saw lamps. Lamps made of wooden slats manufactured by the Finnish company Secto Design. Warm. Schlicht. Elegant. What did that have to be out there for a country whose largest airport was so design-conscious and Nordic-styled!

Unfortunately, we could not see so quickly what kind of country that was. My second impression of Helsinki owes much to the probably unique design sin that the Finns were guilty of: the windows of the airport buses were covered with – again lamellar – stripes, through which only pencil-shaped details of the landscape around Helsinki and of the city are displayed got to see. What did they think? Because, so much is clear, if the Finns stick something, form, print, then they think something. 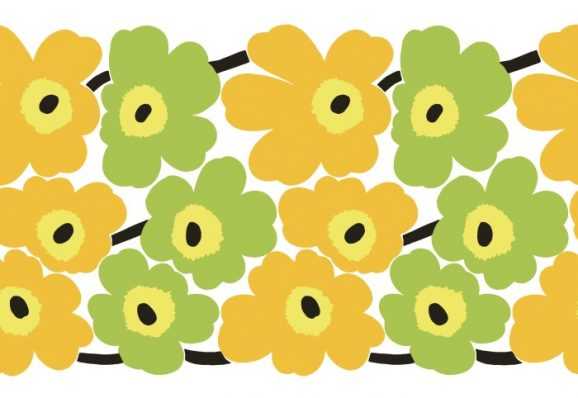 Design classic: The Unikko pattern by Marimekko has existed since 1964 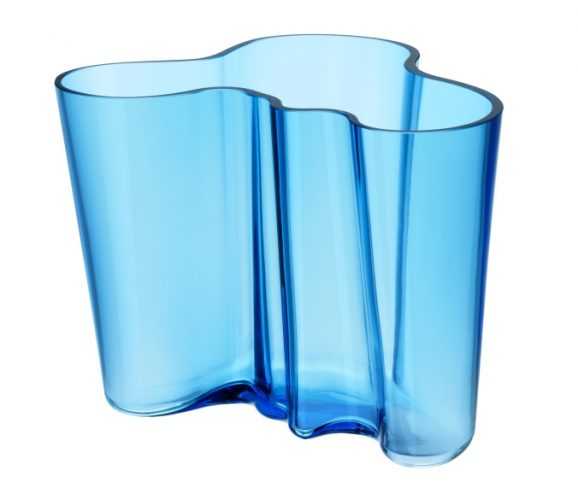 And they think things that they have to like. They think, to make it short, that things are there to improve the lives of their users. By having pleasant forms and materials, being comfortable to use, and not slapping your senses with unnecessary trinkets that one could eventually tire of. Finally, one has the clarity of the Nordic nature as an unsurpassed style model in mind. For decades now, the Finns have come up with shapely and functional glasses, plates, cups, furniture and textiles that are so well thought out that many of them have become classics. For such things to make the lives of many people more enjoyable, they must be affordable. Finnish products are more expensive than their relative designed by a Swedish furniture store and some suspiciously similar relatives. However, the Finns are neither a people of the rich nor one of brand fetishists – and yet they own the products that their local design companies produce. Because, as the Finnish friend explains, it is important to surround yourself with good things. It is a question of appreciation of everyday life. 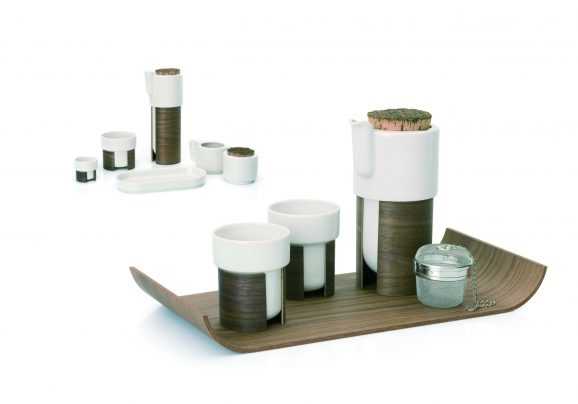 Simple, thoughtful, beautiful and made of wood: Dishes from Tonfisk

My Wahlbelgische girlfriend and I found ourselves in the design paradise again. Once you’ve gone up and down Helsinki’s boulevard, the Esplanadi, you’ve learned what Nordic design virtues are. (In my one-day-in-Helsinki article there is a short guide to the Esplanadi.) It has become understood that the Finns like to bring the wood of their huge forests into the interior. That they are not braggers who like glamor, gigantomania or brand logos. Design is a matter of national pride. That the Finns undermine the global merchandising culture in their own way by applying the mums from Tove Jansson’s children’s books to all the items found elsewhere, such as Minions and Hello Kitty.

The Finns in the evening 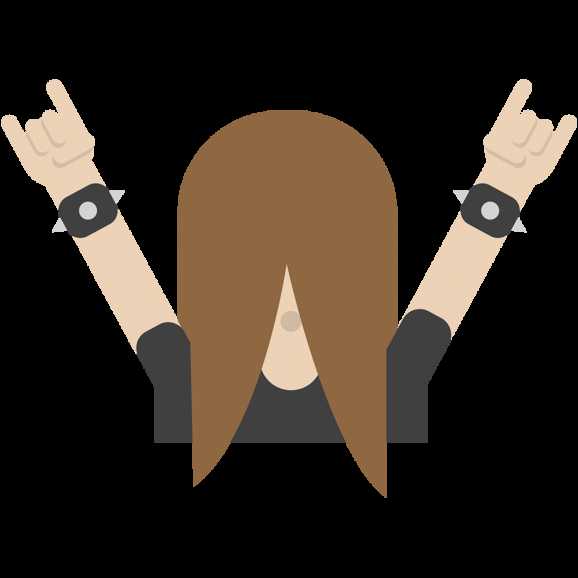 In the evenings we learned more things about the Finns. It was May, at eleven o’clock in the evening the sky had a color like ours at seven o’clock, and on a stage in the middle of the Esplanadi a group of lanky adolescents made loud music in front of a dignified restaurant. Because Finland is a heavy metal mecca. We drank beer, which is offered in different degrees of strength: the more alcohol, the more expensive. We realized that the Finns do not save on alcohol as much as on the good design. Neither before nor after have I seen so many people as drunk in public as I did when I was in Helsinki for the first time. Well, after all, I was prepared for a land of extremes. And I sensed a touch of Kaurismäki’s film Finland. It was also because of this special end-of-the-world feeling that hit me the first time and every time I visited Helsinki. I always had the very relaxed feeling of really being on the edge of Europe; in a place where our Western European everyday stress dissolves a bit and is replaced by a different rhythm.

Anyway, I have not seen any Kaurismäki figures, in any of my meanwhile six Finland stays. Rocker types with underground charm en masse. But Kaurismaki’s fatalistic loser with the sad eyes? None. And the women look very different than Kaurismäki’s favorite actress, the great Kati Outinen with her fleeing chin and the bleak confidence in the view (see picture at the top). The Finnish women have smooth shoulder-length hair, a slightly angular face and black frame glasses. That sounds like a big simplification, but if you do not believe me, please drive to Finland and leave a comment below this blogpost if it’s not true. Moreover, in terms of women, Finland is the country of equality. Here they were allowed to vote and be elected earlier than anywhere else. 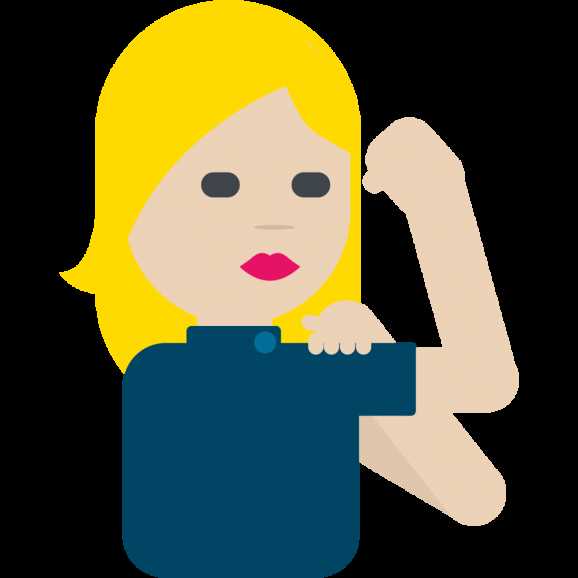 Why only the Finnish Girlpower Emoji lacks the glasses?

All right, Kaurismäki, instigator of my love for Finland, apparently does not make films about the Finnish national character. If he did that, many more saunas and forests would be needed. Nothing connects the non-Finns to the land, and the Finns are proud of it. In any case, they cultivate their peculiarities with delight. There is no other explanation for the official Finland emojis that have recently come out, some of which illustrate this article. 2017 is a good year for Finland emojis, because this year marks the centenary of Finnish independence. Before that, Finland belonged to the Russian Empire, and before that to Sweden. But somehow, of course, they were always independent here with their Finno-Ugric language, which has nothing in common with Europe’s other languages, only remotely related to Hungarian. And with their emojitauglichen peculiarities. That they have received in the course of moving times, perhaps sisu. Sisu is a Finnish property for which there is no exact translation. Sisu is something of persistence and intransigence even in the face of hopeless situations. In the unperturbed look of Aki Kaurismäki’s movie hero sisu probably comes to fruition. That may link her to the unshakeable confidence of Tove Jansson’s Mumins. 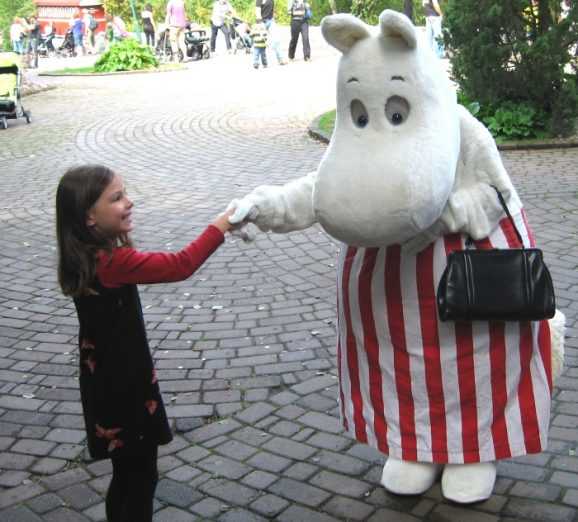