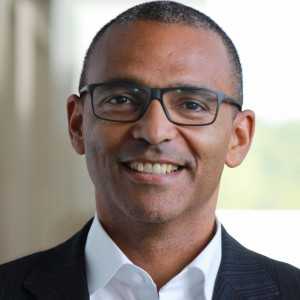 For children in Tanzania I founded the aid organisation and gave up my bank job.

“Ndyetabura, the first name my Tanzanian grandfather chose for me. In the course of my life, “standing on my own feet” has taken on a special meaning for me. In a figurative sense it is the guiding star of our charitable aid organisation for children in Tanzania: Jambo Bukoba e. V.

Grown up in different worlds. 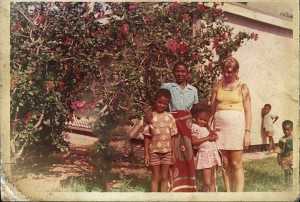 I was born in Munich and moved to Tanzania at the age of five with my sister and parents to my father’s home country. He was a professor of chemistry, had studied in Munich in the sixties and got to know my German mother. Until I was twelve, I lived mainly in Tanzania. During that time we moved seven times. The frequent moves were difficult for me because I had to give up friends I had grown fond of. Early on I was confronted with the fact that my skin colour was different from the others in Germany and Tanzania. I learned from this to quickly adjust to new and unknown things, to meet mistrust with great openness, to develop the exchange with other people into a stable connection. And that is also a special strength today: to build a bridge between the different worlds in Germany and Tanzania.

After my parents separated, my mother, sister and I returned to Munich. I was 12 years old and consciously realized that my future prospects with Tanzanian school education alone would have been very limited.

My father’s death and a sweaty, signed football jersey.

In spring 2006 my father died in Tanzania. At that time I was 41 years old. Subsequently, I intensively occupied myself with the consciousness of an adult with my second home and my own childhood. When the household was dissolved I found his doctoral thesis. The first time I became aware of what he actually achieved there, as a 20 year old young man from a village near Bukoba.

How did it happen that he was allowed to study in Munich? How could my grandparents in Tanzania afford that? “Education” ran like a thread through my research about Tanzania, the Kagera region and my family.

I learned that there were only 12 natives with a university degree in Tanzania at that time. That my father was chosen to study in Germany and then return to his country. That my grandfather, as a farmer, initiated the idea of using crop yields to invest them in education for their children.

Children in Tanzania – a matter of the heart.

I started to perceive statistics about HIV/AIDS infections and orphans in Tanzania differently. I saw people, not numbers. Memories came up. To girls who were sent with canisters daily to fetch water, who had no time to learn. To children who were still being taught with books from the 50s. What luck had I had to have a supportive environment for education in my decisive years of life in Germany? It was obvious that children in Tanzania did not have these opportunities. And with it also no chance to master their future successfully later. This applies in a special sense to girls.

60% of those new to HIV/A > education, health and equality in Tanzania did not really seem to reach children and young people.

A sweaty, signed football jersey by Willy Sagnol forced my hand. A good friend gave it to me joyfully after a Champions League match with the words “Do something for your people with it”. That was when I was a sports sponsoring officer at HypoVereinsbank. I knew that with a clever idea I could really make a difference for children in Tanzania. 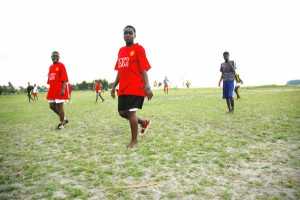 In November 2008, through the mediation of the Ambassador of Tanzania, I had talks with responsible persons from the areas of education, health, family and sport in Bukoba. I visited a vocational school to discuss my idea with the students: The girls and boys who played football in Bukoba on the shore of Lake Victoria shared a pair of thin sports shoes and wore only one shoe on each foot they shot with. When I asked them what sport and football meant to them, they replied, “Playing football distracts us from our problems. While playing soccer you forget that you are hungry.”

After all my research and discussions with many people and experts in Tanzania and Germany it was clear to me at the latest now: I want to help children in Tanzania. To give them better education, health and equal opportunities and to use sport as a door opener.

Whether swimming badges or running training – sport has always given me energy, strengthened my self-confidence, shown me what you can do. Later, I discovered marathon running for myself through my work colleagues. From the daily training sessions I draw strength, clear my head and live a healthier life.

In December 2008 I founded Jambo Bukoba e.V. together with our Chief Financial Officer Andreas Meindl, my wonderful wife Claudia Mulokozi and other dear people.

Even more children should stand on their own feet! 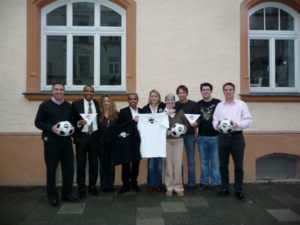 Through Jambo Bukoba I get to know many wonderful people. With honorary support, donations and as ambassadors we not only make children in Tanzania strong, but also ourselves, as people. In August 2014, ASHOKA , a worldwide non-profit organization that promotes socially committed business start-ups, also confirmed our work in a survey: attendance rates of schoolchildren have risen, grades have improved, children were better informed about HIV/Aids and girls were more self-confident. 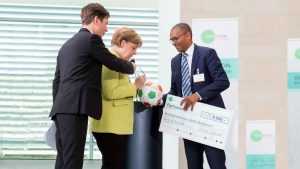 Carried by this beautiful result and the wonderful (team)-spirit, I decided in October 2014 to work full-time for Jambo Bukoba at the age of 49. The courage was rewarded. In the spring of 2015, Chancellor Dr. Angela Merkel awarded Jambo Bukoba with a federal start social prize and almost simultaneously Ashoka accepted Clemens Mulokozi as an Ashoka Fellow and selected him as a Social Entrepreneur with a grant. Now, with all my life energy, I can pursue my goal of making the children of Bukoba strong.

Girls and boys of today will shape their country tomorrow. Not only in Tanzania, but worldwide. For them and for us I want a better world. For this they need opportunities for education, better health and equal rights. Please help us!