Charles leclerc drives into sebastian vettel’s car, bringing the race at spielberg to an early end for the ferrari drivers. The scuderia plunges further and further into crisis. 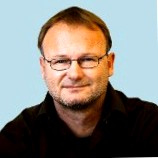 Spielberg – the styrian grand prix had only just begun when the red caps charles leclerc and sebastian vettel were providing top entertainment. Now they are also driving into each other’s cars – as if the currently recognizable inferiority of their racing cars wasn’t punishment enough already. Leclerc wanted to push rather impetuously into a gap that wasn’t one. In the process, he rammed his team partner vettel – and so the race was over early for the two drivers in imperial weather in austria.

The rear wing of vettel’s car was gone, leclerc’s underbody was too badly damaged – and the red disaster was perfect. So both cars were rolled backwards into the garages. The red drivers were just spectators in a race won by mercedes giant lewis hamilton ahead of his partner valtteri bottas and max verstappen in the red bull. If the ferrari drivers were at all in the condition to watch the race on the screen in a relaxed manner. Probably had other concerns.

Only one ray of hope

Nothing is going right at the scuderia at the moment, let’s put it that way. leclerc’s second place at the first race in spielberg just over a week ago was the only bright spot. At the second race in dreamlike styria, ferrari team boss mattia binotto then made the impression at the command post as if he would have preferred to sink into the ground after this first double failure of the scuderia since singapore 2017. At least leclerc was man enough to stand in front of the camera with the corona mask and take all the blame for the embarrassing crash. "it was my mistake, sebastian didn’t do anything wrong," said the Monaco native. "i’m disappointed in myself because i took away a chance for myself, sebastian and the team. I am really sorry."

The italian team, it can’t rest and now it’s also tearing itself apart. Since sebastian vettel was not offered a new contract and was extremely disappointed about it, a lot of things have gone wrong. In the first race of the season a week ago in styria, vettel himself spun unnecessarily. the verdicts of the italian media knew no mercy and spoke of a bumbling rookie mistake, which could possibly also be attributed to the unsatisfactory situation of the driver at his (still) employer. Now, one week later, it was leclerc who fluffed it. Vettel was accused of a beginner’s mistake in the first race, and the same should be done with leclerc now, said RTL commentator christian danner. Leclerc is good – but already a superman? He still lacks the maturity for this.

When confronted with the question of who was to blame, sebastian vettel nonchalantly countered with the question. "what do you think?"When he was told that the faux pas was the fault of his 11-year-younger teammate, the Heppenheimer was relieved. "i was lucky for once, the experts are on my side for a change."he was alluding to the previous grand prix at the same venue, when the experts were all over him. "that was a blatant misjudgement of the entire situation. He’s always making these mistakes when he turns to the inside to overtake," complained former world champion nico rosberg. Vettel could only think of this: "good, nico leans out of the window every time, no matter with whom."

team boss binotto presented himself in a small voice after the double failure. "it hurts to have both cars out, it’s the worst possible ending to a mediocre weekend," said the italian. He had already vented his anger on Saturday following the disappointing qualifying results (vettel started from tenth place, leclerc from 14th). "we have to work and change this state of affairs, because this is simply not good enough for a team like ferrari," binotto said. The new updates that came earlier than planned to the race cars, they showed no effect this weekend.

You are facing difficult times in maranello. The task is to make the car competitive as quickly as possible – otherwise the silver arrows will race up and away prematurely. Vettel believes that the ferrari could currently finish between seventh and fifth place, but probably no more than that. In view of leclerc’s second place in the first race, this statement was taken as an internal team provocation. Car too slow, a dissatisfied multiple world champion in their own ranks – and now the man of the future loses his nerve in leclerc too. Can you do worse? Probably not.