One and a half times as many children are born in France as in Germany. The reasons also lie in another family policy. But now the government’s pressure to save is also reaching child policy. 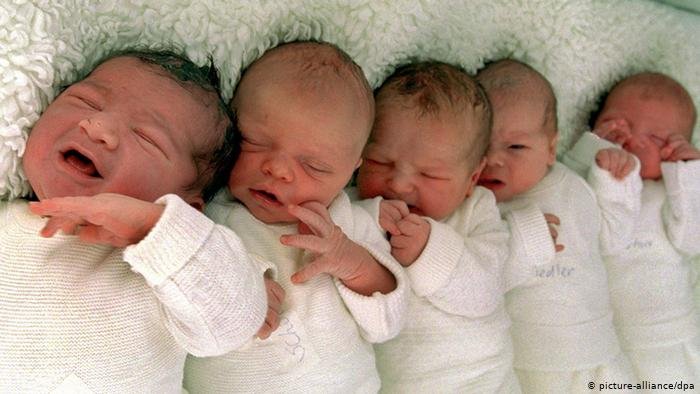 "The Germans are getting fewer and fewer because of the low birth rate", Dominik Grillmeyer from the German-French Institute calculates, "the French always more". The statisticians list 1.4 children per woman in Germany, in France the birth rate is just under 2.1. In the near future, France’s population will be larger than Germany’s, Grillmeyer estimates.

But French family policy not only promotes the growth of the population, emphasizes Christina Schildmann from the Friedrich-Ebert-Stiftung, it also offers more equal opportunities for women because it focuses on the reconciliation of work and family. A study by her foundation shows the connection: "The higher the employment of women in a country, the higher the birth rate", summarizes Christina Schildmann, "this also applies to Scandinavia, not just France."

In the day care center for character building 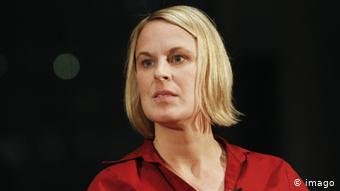 When the French government recently announced that family benefits would also come under scrutiny as part of the austerity policy, the excitement in the country large. In France, family policy is at the heart of the French social model, which cannot be shaken.

It builds on an image of man that differs somewhat from the German one. "In France: the earlier the child comes into society, the better for character building", explains Angela Greulich, who teaches economics and social sciences at the Paris University. "You see the newborn as a kind of white sheet that has to be described: the more external influences, the better for the child." In Germany you tend to think that you are "protect the child from the evil world for as long as possible so that it keeps its pure soul." 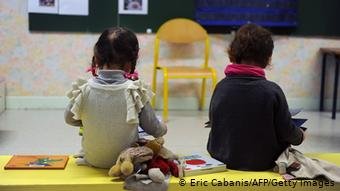 Kindergarten in France: Integration into society from an early age

This basic principle, that children must be quickly integrated into society, runs through the entire French upbringing policy. Nurseries, daycare centers, preschools and all-day schools, everything that is just being painstakingly built up in Germany has been a matter of course in France for decades. More than 40 percent of French women with preschoolers work full time. For comparison: in Germany half of the women with small children stay at home, many of the others work part-time and mini-jobs. And what is also striking: the higher French women climb the career ladder, the more children they have on average.

In Germany there are now considerable efforts to expand childcare. But behind it is not the desire to integrate the little ones into society, but rather the compulsion to create career and career opportunities for the mothers. Dominik Grillmeyer from the German-French Institute observes that this social change is accompanied by a kind of guilty conscience: "Then in Germany this word ‘raven mother’ always hovers over everything", says Grillmeyer. "In France, it is unthinkable that a woman is criticized for giving up her child during the day." 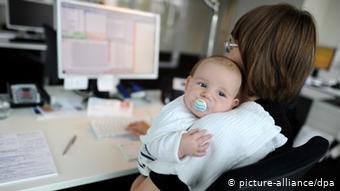 But in Germany, too, reservations about childcare are slowly disappearing from society. Political scientist Dominik Grillmeyer believes that it is only in very conservative circles that one blocks oneself against family policy changes. However, there is still often the fear that children in state institutions would be brought up too liberally or too little Christian: "This reservation is that it is said that I am better suited to raise my child. I will not put it in the state’s care, where it may be indoctrinated."

Grillmeyer emphasizes that the fear of state education is partly due to experience with National Socialist education policy. Such social traumas could have a long-lasting effect. French family policy also began with a national trauma. After the Second World War, France was horrified to find that the population was stagnating, while Germany had grown explosively since the mid-19th century. "That was a shock", says the France expert, "therefore the declared goal was to move the birth rate upwards." At that time, the foundations for a population-oriented family policy were laid.

No child benefit for only children 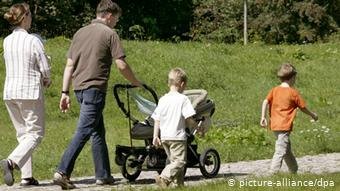 The French state still honors large families today. Unlike in Germany, for example, there is no child benefit for an only child. The parents only have a claim after the birth of a second child, and from the third child there is a supplement. The tax system also particularly rewards the third child, from the fourth French families hardly pay any more Taxes.

The French tax system makes it attractive for families to aim for a high income and many children. But this part of child support is now under pressure. Paris has to save. After initial excitement, the government quickly made it clear that it would not essentially affect family policy. A few days ago, she decided to introduce maximum tax breaks for large families. President Hollande is hoping for almost two billion euros from this measure. "The reform went well with the supporters of the left", says Angela Greulich from the Sorbonne University in Paris, "because only the rich are affected."

Dominik Grillmeyer of the German-French Institute believes that no government would venture above all to the nationwide network of childcare. The compatibility of work and family is simply too important for the French: "The bottom line is that larger changes in family policy are more likely in Germany than in France."

The fear is that Germany’s companies will run out of employees. Numerous initiatives have been launched to counter this development. The Minister of Labor is now reporting first successes. (23.01.2013)

European social systems are under pressure. There are fewer and fewer workers paying into the fund. This is due to demographic developments – and is now being exacerbated by the euro crisis. (04.01.2013)

Almost every fourth young Frenchman is unemployed. But this is hardly an issue in the European election campaign. This shortcoming could keep some of them away from the urn.

Terrorism and no end: Merkel travels to the Sahel in search of stability 30.04.2019

Chancellor Angela Merkel travels to Africa to support the Sahel countries in the fight against terrorism. As part of the UN MINUSMA mission, Germany also has soldiers in Mali.

Germany and Niger want to continue to work together intensively in the fight against illegal migration to Europe. This was confirmed by Chancellor Merkel and President Issoufou in Meseberg. Niger is an important transit country.