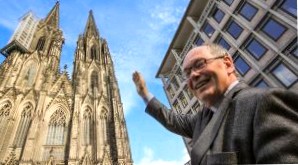 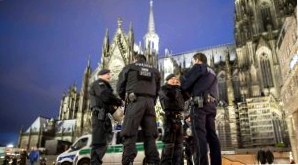 Cologne Cathedral Provost Gerd Bachner is also against fences around the cathedral as part of a protection zone. He could imagine grids or police chains at the cathedral only with difficulty, he said to the Kolnische Rundschau.

"There must always be free access to the cathedral," Bachner told the Cologne Review (Monday). He favors an invisible protective zone that includes an increased police presence, but does not appear "like a repulsive wall".

The newspaper had reported over the weekend that the city of Cologne and police want to set up a protection zone around the cathedral for the upcoming New Year's Eve celebration. It should prevent panic from breaking out again in a crowd, firecrackers being thrown into the crowd and rockets being fired at the cathedral, he said. According to the report, the city does not exclude the possibility of closing off the cathedral with fences.

"The cathedral is an area that needs special protection," police chief Jurgen Mathies and city director Guido Kahlen told the newspaper. According to Mathies, no firecrackers or rockets are to be set off at the cathedral or on the station forecourt.

At the last turn of the year there had been a disturbance of the service by firecrackers and rockets. Bachner told the paper that free exercise of religion had no longer been possible. In addition, on New Year's Eve, groups of young men, said to be mostly from North Africa, had sexually harassed and stolen from numerous women outside Cologne's main train station.