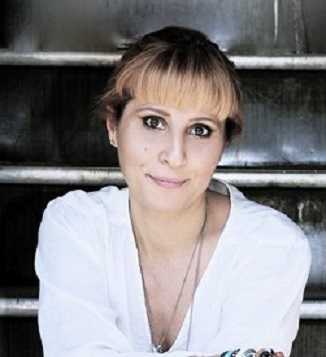 15:00 – 16:00: Cooking Show with Ines Romanelli – Aubergine a La Parmigiana with a Twist
Ines turns traditional recipes into a culinary vegetable adventure. Her cooking shows are funny, interactive and extremely informative; Their main focus is on the combination of taste, texture, tradition, health and well-being..
Facebook
Web 16:15 – 17:00: singer-songwriter – Lennard Bertbach
With his tongue-twisting lyrics, Lennard Bertzbach takes the listener into a world where most people humbly close their eyes and ears: the world of everyday insanity. Playful and humorous, Lennard takes countless mismatches into eardrum and tries through a musical treatment to shake the hearts and brains of sleepy earthlings and earthlings. He does not promise a happy ending, but a smile for the moment. And that’s all that matters!
Lennard Bertzbach was born and raised in a small, picturesque village near Bremen. His passion for acting and music began early. His first instrument was drums at the age of nine, followed by guitar and piano. After occasional involvement as an actor in film and television, he has recently focused mainly on working as a musician. Since 2010, he accompanies his father Tobias Bertzbach on the piano at concerts with hits from the 20s-50s. In 2016 he released his first own album “Immer weiter” and has been playing more solo concerts ever since. At the end of 2017 he signed “Ahuga! – The Liedermachelabel “by Götz Widmann and will probably accompany this in 2020 as support on his tour. He lives in Berlin.
Web
Youtube

17:15 – 18:00 – My heart
Music unfolds its magic especially when you share it with people. That goes for the man behind Meinherz not only in the studio, but also for the stage, with fantastic bandmates and before that with an expectant audience. The concerts of Meinherz are like a damn well put together mixtape: familiar, surprising and personal. Behind my heart are the Berlin artist Stephan Schaar and an ensemble of talented, passionate musicians. The result is a music that sounds as if Pearl Jam and Coldplay are writing songs together and the Foo Fighters have read the correction. English-language songs full of confessions in a digestible dose and earwig character.
“In the end, each song must be able to stand alone. Only songs that work without effects and bling-bling have the power to make a difference in the listener. I am firmly convinced of that. ”
Web
Facebook 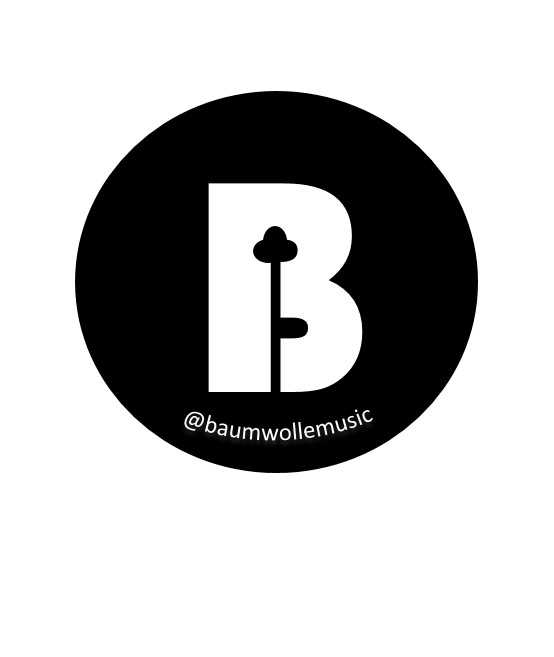 Cotton is a German-French band, consisting of Carine Guerfi & Daniel Aubrun (Vocals – Guitars – Synthesizers – Computers). Powerful and fragile, cotton has been developing since 2017 into an intense tension-filled fusion of electro, pop and rock. 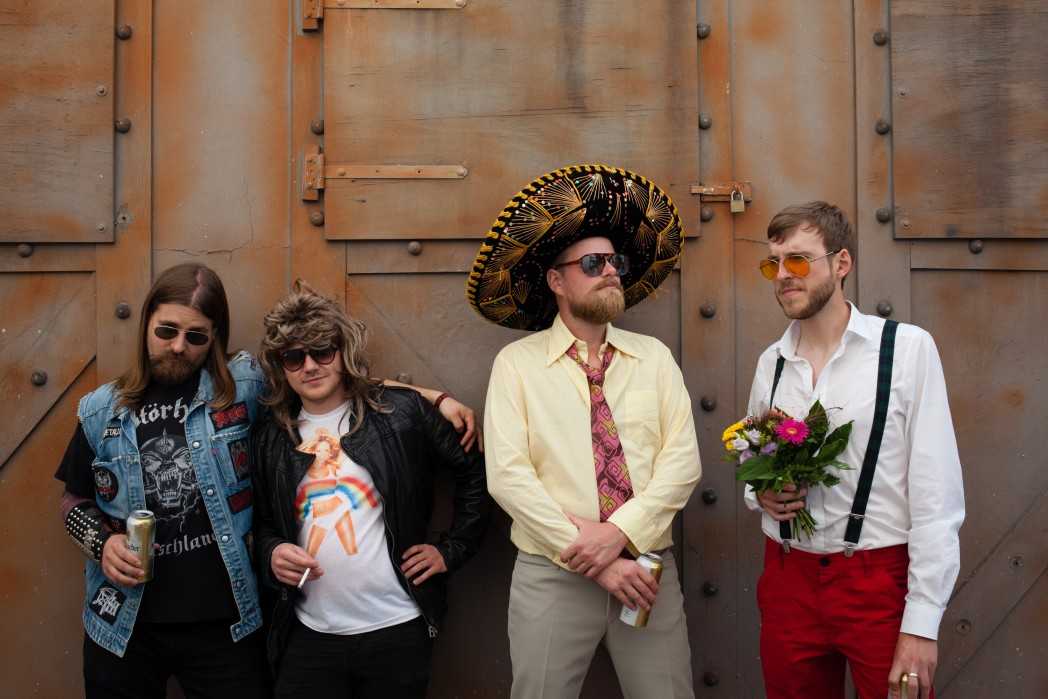 19:15 – 20:00: Band Boba Cat
The four veterans in show business have been relentlessly on the road since 1969, even though they live in all parts of the world and even call the FUTURE their home. Her abilities and her unbelievable modesty radiate so much pure EROTIC that at concerts there are regular multiple orgasms in the audience, both women’s and men’s. Money plays no role for them any longer, so they distribute HUNDREDDOLLARNOTEN regularly on their concerts. Bundle way. You do not care! NOTHING FOR WEAK NERVES, this chapel, even her appearance is still fresh after the decades of rock’n’roll life, as on the first day. Convince yourself and bring CHANGE UNDERWEAR!
Web
Facebook 12:00 – 12:20: Opening of the Vegan Summer Festival Berlin 2018 by ProVeg Germany e.V., Berlin Vegan and the Albert Schweitzer Foundation for our fellow citizens 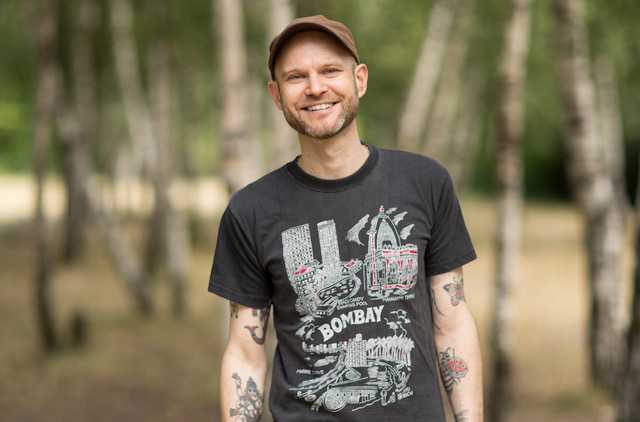 12:30 – 13:30: Cooking Show with Justin P. Moore: Journey to India
The vegan nourishing since 1992 artist and author of the Cookbook series "The Lotus and the Artichokes" has exciting recipes from his travels in over 50 countries. He regularly hosts private dinner parties, cooking shows, workshops and cooking classes. At the vegan summer festival in Berlin, he cooks his favorite recipe from his latest cookbook, "The Lotus and the Artichoke – INDIA: A culinary love story" (Autumn 2017, valve publisher).
His first cookbook "The Lotus and the Artichoke – Vegan Recipes of a World Traveler" was nominated by the VEBU (Vegetarian Association Germany) for Cookbook of the Year in 2013 and made it into the Top 10. His cookbooks are available worldwide in English and German editions.
Web
Facebook Happy Unleashed Sow, 2018 It belongs to the anti-trophy series because many people consider pigs not as trophies but exclusively as meat donors. Most pigs do not see sunlight in their lives, nor do they ever step on grass. But this sow has been released and is now on the green meadow. The sunglasses are needed because their eyes are not yet used to the bright light under the open sky. Instead of the ear tag, the happy liberated sow now wears an earring.
Facebook 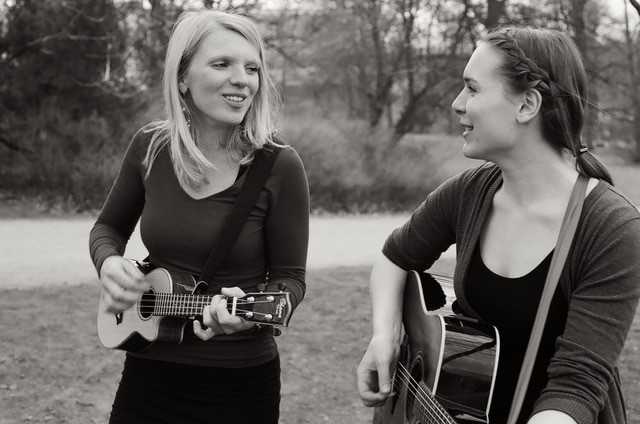 14:00 – 14:45: Goodie&Brains
Honesty, love of life and a little pinch of irony. The music of the two native Berliners is characterized above all by the unobstructed view of themselves and the world. Guitar, ukulele and two differently colored yet wonderfully harmonious voices combine to form a poppy-sensual overall picture. Since 2014, Lina-Marie Büttner and Vera Thaxton are on a musical journey, which revolves around their ever-narrowing friendship.
Facebook
Youtube 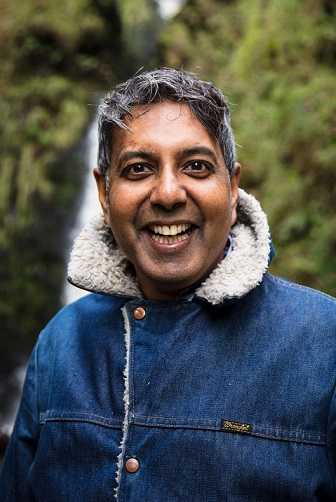 12:30 – 13:15: Edward Daniel – A Survival Guide for Vegan Beginners
A startling guide for vegan beginners and a passionate argument for veganism. Edward breaks down borders. He explains how a vegan diet supports a health-conscious lifestyle – it promotes our prorein intake. This talk is for those who want to travel but do not know where to begin. Edward tells of his trip to veganism and his adventures "Matilda".
Web 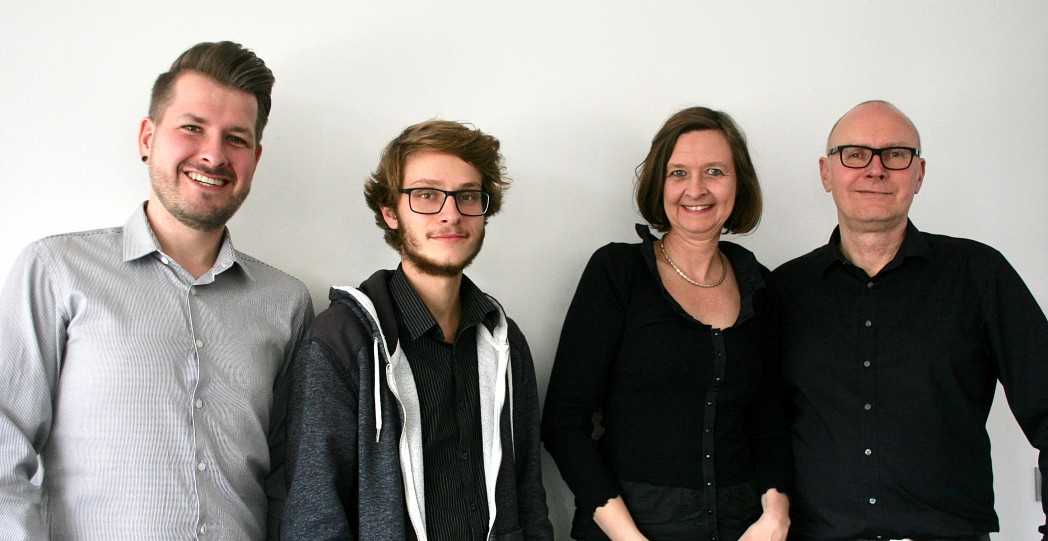 17:15 – 17:45: Networking the international vegan market – with Florian Schmitt and Alexander Dahms from vegconomist – The vegan business magazine
"Whether fashion, food, interior design, beauty, gastronomy, mass catering, events – the vegan lifestyle covers many areas and has developed into a multi-billion dollar market in just a few years. Many have recognized that an increasing number of consumers prefer cruelty-free or plant-based products because of the conditions involved in factory farming, for ethical or health reasons. More and more politicians, health and environmental experts see the vegan lifestyle as a proven solution against environmental degradation and civilization diseases, which costs the global economy trillions.
In classical business publications and specialist journals, the topic of “vegan economics” is only marginally noticed. So far, there was no publication that focused on the development of the vegan market from an economic point of view for decision makers and those interested in the economy. The vegconomist team wants to close this gap.
Web 13:45 – 14:15: Pia Kraftfutter, Bloggerin – You are not what you eat – open veganism for more compassion and change
You are not what you eat. Vegans against meat eaters? Each of us is a part of this world and each one of us consumes certain things – or certainly not things – because of certain experiences and influences. On the basis of this, we need empathy, compassion and respect in order to discuss factually our eating behavior. How do I talk to people who have not yet questioned their diet? How can I make sure I’m listened to and how can I stop myself from being an annoying, missionary vegan??
Web 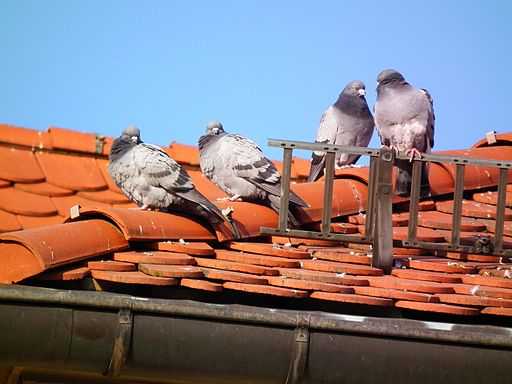 14:15 – 14:45: Worth knowing about city doves – AG Berliner Stadttauben
City pigeons are part of everyday life in every city. But with hardly any other animal are so many prejudices connected, which has grave consequences not only for the animals. The “city dove problem” could be solved in a simple manner animal welfare, sustainable and cost-effective. In its presentation, the AG presents Berlin city doves concepts and answers to questions.
Facebook 14: 45-15: 15: Animals in the animal industry and at life yards – with Jürgen Foss, land of animals, life yard operator
The lecture gives an insight into how animals, which originate from the animal industry, develop on a life-yard, where they can develop almost freely without any use. Using the example of chickens and pigs, Jürgen Foß explains the strain on animals in breeding and fattening of conventional and organic farms. In particular, the partially complex reproduction mechanisms are presented.
Jürgen Foß has been active in animal welfare since the early 1990s. He co-founded Animal Rights Watch e. V. (ARIWA) and 2006 Vegan Street Day. Since 2014, he has been running the “Land of Animals” life estate in Mecklenburg-Western Pomerania with the Tiernothilfe Foundation."
Web 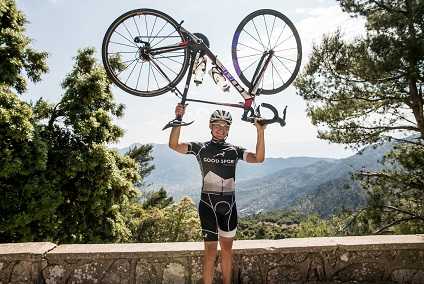 15:15 – 16:00: Fit and healthy with a pure vegetable diet – with Ben Urbanke (extreme cyclist)
"Extreme cyclist Ben Urbanke loves the road bike and long stretches. Ultra-bike marathons of over 1,200 km, such as Paris-Brest-Paris or 1,400 km, such as London-Edinburgh-London and 25,000 kilometers per year on the bike are not uncommon for him. In 2017, he became the first European to win the Year Challenge of the World UltraCycling Association. But what always astonishes his passengers: Ben feeds vegan! And not just out of animal love and ecological aspects, but also because his diet has increased his sporting achievements extremely.
Ben talks about his experience of the last five years and his nutritional concept in his book “Be Faster Go Vegan”. He also develops his own sprouted cereals with his company GOODSPORT."
Facebook 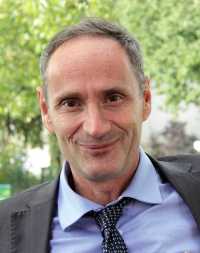 16:00 – 16:45: Ralf Müller-Amenitsch – Vegan and vegetarian patient rights / training for German hospitals with regard to vegan patient care
"Vegetarian and especially vegan patients have many problem areas in the field of medical treatment that raise legal issues. Does the patient have the right to get a vegan meal at the hospital? If he does not receive vegan food, can he get back his daily meal rate? Does the attending physician commit a criminal offense by providing his vegan patient with non-vegan products via a nasogastric tube or by injecting the vegetarian patient with carrier broth for an allergy test? Do patients in such cases have the right to compensation and compensation? When do health insurances have to pay for vitamin B12 tests? Have demented patients eligible for vegan food if they were vegan before becoming dementia?
This and other legal questions from the everyday life of a vegan doctor will be discussed by lawyer Ralf Müller-Amenitsch – author of “Vegan im Recht” Germany and Austria, lecturer in plant-based consumer law and animal rights at the Fachhochschule des Mittelstandes. after that, topic-related questions can be asked. A problem-solving approach lies in the training for hospitals. The speaker reports on promising developments.
Web 16: 45-17: 15: Why the nonsense is and why running and veganism are related – with Ludwig Reicherstorfer, vegan marathon runner
The road to a marathon can fundamentally change a person. Is there a connection between running and certain life decisions? How many and which steps are necessary to get ALL food to the PLANT food? And how is it going so vegan??
Web Photo by Christoph Engel 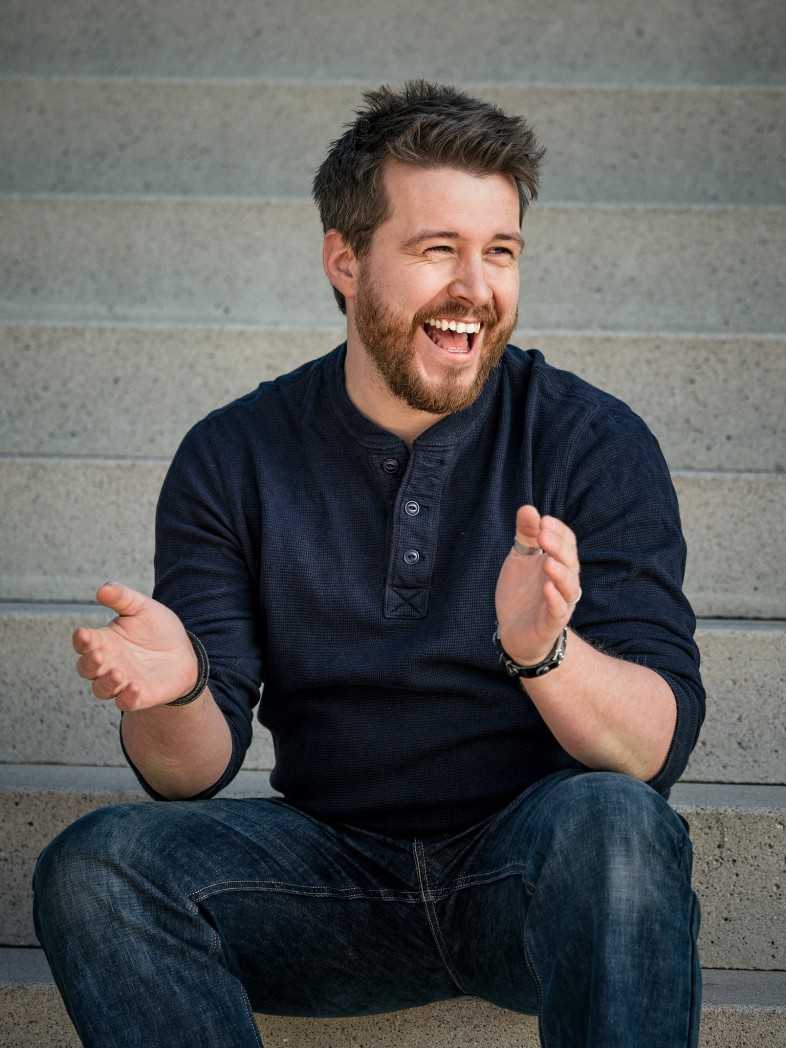 18:15 – 19:00: How we can save the world every day – with Lars Walther, VeggieWorld Podcast
Does the world really have to be saved? If yes why? And what can I do for it? Lars Walther, podcaster of the VeggieWorld podcast and general do-gooder, provides a clear overview of the state of our environment. The lecture provides connections and solutions to the topics of nutrition, waste prevention and agriculture – and gives us simple tips with which we can shape our future in everyday life with small and big steps.
Web

19:00 – 20:00: The conspecific and the grass lollipop – How to read unsuspecting articles about veganism without becoming militant
Web
Web

17:45 – 18:15 Our Ecological Footprint – How should we live? with Dr. Didem Aydurmus
Natural resources are limited and the extreme exploitation of our planet is likely to lead to disaster. But what does it mean to live sustainably? The Ecological Footprint provides orientation, which means a share. This review will give an insight into both ethical and practical considerations.