Fungal infections (mycoses) are among the most common infectious diseases worldwide. Mycoses can be superficial and local (nails, mucous membranes and skin). There are also systemic fungal infections inside the body. 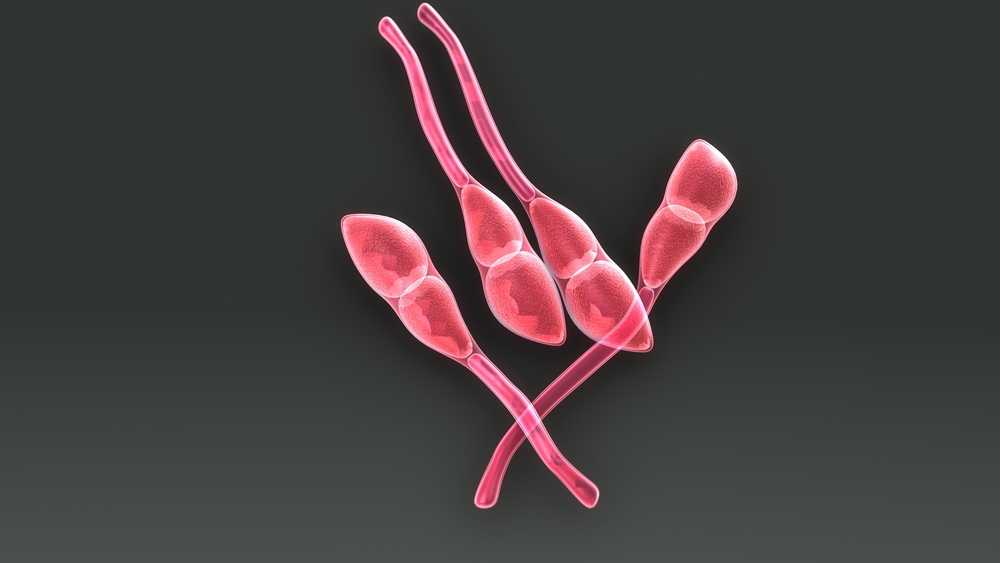 These fungal infections affect the skin, mucous membranes or nails. These infectious diseases are caused by yeasts or dermatophytes. In most cases, these mycoses occur as nail fungus, athlete’s foot or vagina fungus.

Systemic fungal infections spread through the bloodstream in the organism. These mycoses invade internal organs. For example:

However, systemic fungal infections rarely occur and most people are affected whose immune system is weakened. These infections are caused by mold or yeast and are life-threatening.

For the treatment of a mycosis it is important that the fungus genus is determined. The course and the ability to spread are different depending on the fungus species.

Dermatophytes are filamentous fungi that cause superficial infections.

Yeast fungi can cause both local and superficial and systemic mycosis. Locally, an infection with yeast fungus usually occurs on the mucous membranes and on the skin. Systemic infections affect internal organs. Systemic mycosis with yeasts is often present as candidosis, vaginal thrush or thrush.

Dermatophytes are transmitted by smear infection, either through direct contact with infected animals or humans, or through contact with contaminated objects.

In case of infections with molds or yeast fungi, the spores are usually inhaled. Likewise, food can be contaminated. Candida albicans is a yeast fungus that occurs, among other things in the intestine and often overreacted by a disturbed intestinal flora and can cause an infection.

There are thus risk factors for mycoses. People at high risk have weakened immune systems as well as seriously ill or chronically ill people. Even overweight can increase the risk of fungal infections.

Regardless of diseases and weak defense system, there are the following risk factors:

Some medications can promote mycosis. For example, antibiotics can cause a large increase of Cand >symptoms

An infestation almost always shows up first in the toe gaps, because there is an ideal climate for the mushrooms:

Because of the skin changes, bacteria are easy to invade. As a result, among other things, a Wundrose be caused.

The fungal infection often spreads from the toe spaces to the sole of the foot. Sometimes the back of the foot is also affected or it attacks the nails and causes a nail fungus infection.

Note: Fungal infection of the hands (tinea manuum) causes the same symptoms and the mycosis can cause nail fungus.

The diagnosis of a fungal infection includes the history and a physical examination. In addition, a small sample is taken from the affected body site using a native specimen and viewed under the microscope. As a result, the doctor can detect the presence of a fungus, but to determine the exact pathogen, a fungal culture must be established. When the fungal culture has grown sufficiently, the fungal genus can be clearly determined.

For the treatment of fungal infections are available antimycotics that either growth-inhibiting or killing effect. Depending on the pathogen, a topical antifungal medication is prescribed, which is intended for external use. Or a systemic antifungal agent is prescribed for internal use.

Sheath fungus, athlete’s foot and nail fungus are treated with topical antimycotics. In case of athlete’s foot, usually creams, sprays or ointments are prescribed to treat the affected areas. Sometimes systemic antifungals are also prescribed if the fungal infection is very massive.

For the treatment of a vaginal fungus, antifungals in the form of vaginal creams, vaginal pills or vaginal suppositories are available.

For the treatment of a fungal infection inside the body (for example in the intestine) an antifungal agent is taken orally and this spreads through the bloodstream. Similarly, systemic antifungals can be administered intravenously.

The risk of developing a fungal infection can be reduced with a few measures:

Get to know transmission paths and protect against contagion

Anyone who learns about how the respective fungal genera are transmitted can protect themselves more effectively against infection. For example, mushrooms like a humid-warm climate and this prevails in public swimming pools and saunas. These places can easily become infected through contact with contaminated objects. It is recommended not to go barefoot there, but to wear slippers – even under the shower.

Mushrooms are part of the natural flora of the skin, intestines and mucous membranes. A massive spread of fungi occurs in a disease or when the immune system is too weak. With some behaviors, the body’s immune system can be strengthened:

What is important is a varied and balanced diet that contains as little sugar and white flour products as possible. Some types of fungi, such as the Cand, feed on sugar >Healthy body care

As already described mushrooms like a damp and warm milieu and they find it especially in the toe gaps, under the armpits and in the groin area. After bathing or showering, the body should be thoroughly dried.

Too dry skin is also a risk, because the fine cracks in the skin can cause pathogens. Those who are prone to dry skin should use a greasy or moisturizing lotion. Dry skin can also occur if you drink too little.

Body care is important, but you should not overdo it, because too intensive and too frequent cleansing brings the natural flora out of balance.

When choosing a dress, care should be taken that it allows enough air and is breathable. This is especially recommended if you tend to sweat. This also applies to the shoes, because impermeable material leads to sweaty feet, creating an excellent climate for mushrooms.