Future for children of the world e.V..

I was on a project visit to Myanmar and Burma for three months. I’ve seen a lot of poverty everywhere, but I’ve also seen so many happy faces. So here is the report: 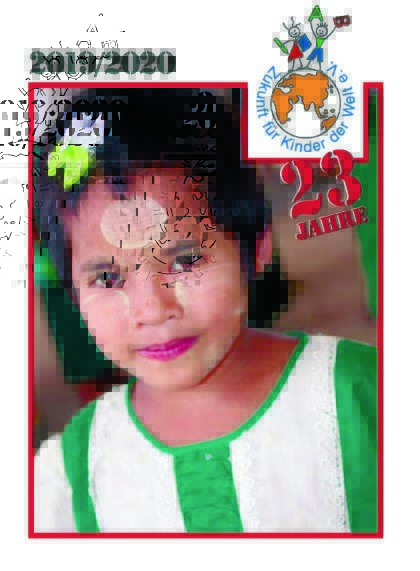 The students at the Sankt Aloysius Gonzaga Institute

Future for children of the world e. V. attaches great importance to the well-founded education of the children we support. Meanwhile, more and more are graduating from high school. But what’s next? In Myanmar, the study places are regulated by the state. Most students study the specified subject at the distance learning university, because either the final results or the costs do not allow a regular study at the university. There they have to study full-time at the relevant university for two months each year (October and November). They spend the remaining 10 months at home or, with luck, find a low-paying job. After their studies, they are generally there as before, unemployed.

During my last project visit, I got to know the Sankt Aloysius Gonzaga Institute of Higher Studies (SAG) in Taunggyi, Shanstate. It was founded in 1998 by Jesuits. Saint Aloysius Gonzaga joined the Jesuit order at the age of 17. He is the patron saint of youth, so the institute was named after him. The main branch of study is the English language. I have met several graduates from this institute. They all spoke excellent English – a minority in Myanmar.

The institute was founded by Catholic clergymen, but the admission of students is independent of religion. Catholics, Protestants, Buddhists, Hindus and Muslims study there. It is a small institute; A total of 100 students were enrolled in the 2018/19 academic year. An extension is being worked on, but the funds are still lacking at the moment.

A high school exam and an entrance exam are required to study English at SAG. After successfully passing the exam, a three-year diploma course follows. If the entrance exam was unsuccessful, a preparatory year is offered in which the adolescents are brought up to the study level. The course is therefore extended by one year.

The academic year is divided into three trimesters:

– June to mid-September – December to February – March to May.

For needy students who come from outside and have no relatives in Taunggyi with whom they can live, a simple boarding option with full board is offered on the school premises. The food is excellent.

There is a wide range of sports and leisure activities for students, and social support is also very important.

Ms. Vinny is the director of the SAG, his assistant, Ms. Yi Yi San is the school director and assistant director for Academic Affairs. The manager is the teacher Peter Aung. A total of 15 teachers teach.

Future for children of the world e. V. was able to accommodate fourteen students (6 boys and 8 girls) for this academic year. Three have been there since January, seven came on March 10 and four in June 2019. Six students are accommodated outside, eight live in SAG’s boarding school.

The first semester started on June 11th. Since our students had insufficient English knowledge for the three-year course, they had to complete the preparatory year with eight hours of daily tuition. The degree therefore takes a total of four years. In several meetings with the SAG management I got intensive information about the course of studies. The institute management and the teachers really show an extraordinary commitment. Our students are overjoyed that they can study there.

Most of the students also study at the distance university. The SAG program is geared towards this and therefore students can attend the distance learning university in October and November. During this time, the regular students are off for semesters and the distance students receive a crash course. Of course you will also receive our financial support in these two months.

All these young people have no chance of studying because they come from very poor families. With the two parallel studies, students are guaranteed to find a good job. But not only the prospect of a secure professional future is an aspect. The students are also multipliers and role models for their siblings, neighboring children and the whole village. And their children will also receive good schooling and education. 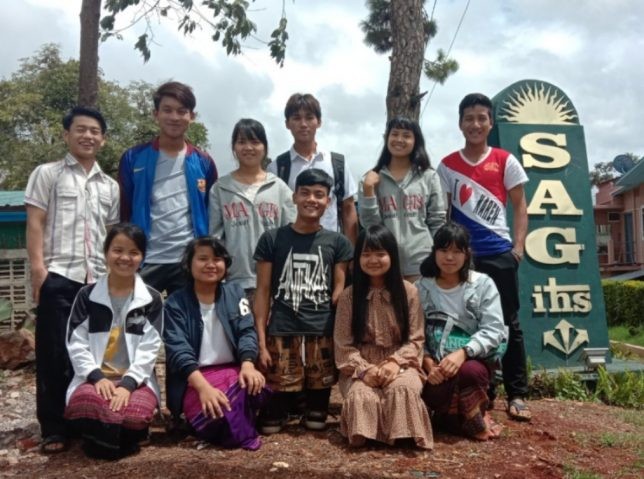 Eleven of the fourteen students

Again I was in the five children’s homes in Burma for almost three months
also 10 days with families and students in Cambodia.

Many thanks to the many small and large people to whom you belong-
have protection, food and education. You are always invited,
look at the projects on site. Just contact me. 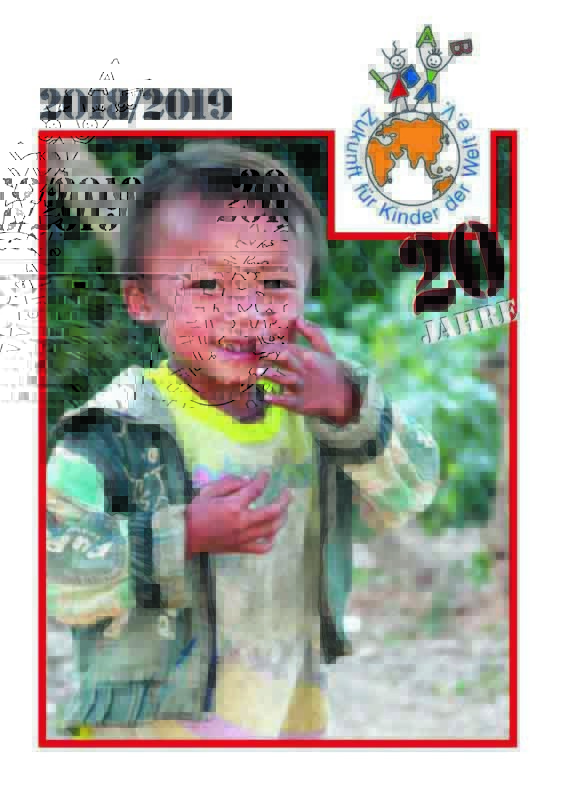 Our association was founded in 1997 and entered in the association register, so we are celebrating our 20th birthday this year.

20 years of help for small and large projects, especially in Cambodia and Myanmar, all of which were only possible thanks to your help.

Thank you very much and here is our report for 2017: 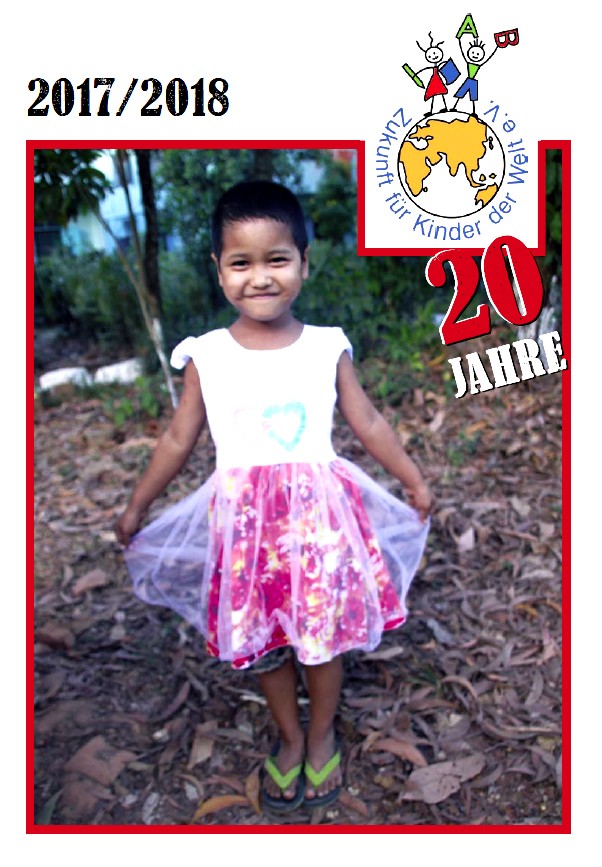 We would like to thank you from the bottom of our hearts for your donations, which will enable so many children in Myanmar and Cambodia to live a better and future-oriented life. Future for Children of the World e.V. will stay on the ball and help as many children as possible. We also try to help the refugees as much as we can. 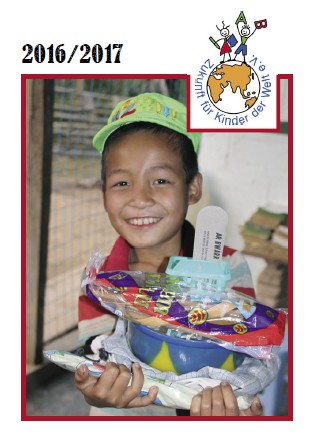 Many thanks to all donors from me and the children
from Myanmar, Cambodia, Syria and Iraq.

A Kurdish family returns to Syria:

The six-member Kurdish family Hemo from Syria fled to Turkey from the fighters of the IS (Islamic State). The family tried to gain a foothold in Istanbul. The parents and the four children sold drinking water and pretzels in alternating shifts around the clock to earn the money for rent and food. There was nothing left for more – not even for a doctor’s visit or medicine. It was also not enough for new clothes, shoes or even a few sweets on high holidays.

In the film documentation by director Beston Zirian Ismael, who won the award for the best documentary at the 2016 Diessen Short Film Festival, all family members tell about their life in exile from their point of view. A life between a lost past and a hopeless future.

The director met the family during a short stay in Istanbul and spontaneously decided to help them. He shot the documentary in two days and passed the prize money on to the family. In the meantime everyone is back in Syria because they just couldn’t stand the tough living conditions in Istanbul. The eldest daughter already said in the film that she would rather die in her home country than continue living in Turkey.

Now they live in Amo. The next largest cities are Afrin and Aleppo – so they’re dangerously close to the bombings. Everyone worked there in a sewing room. Future for children of the world e. V. transferred one thousand euros in October 2016 so that the four children can go back to school. They also quit their jobs immediately and go back to school. But to ensure a continuous school education, they need 70 euros per child per month. Not really much money for an education with a future.

Please give these brave children / young people a chance. 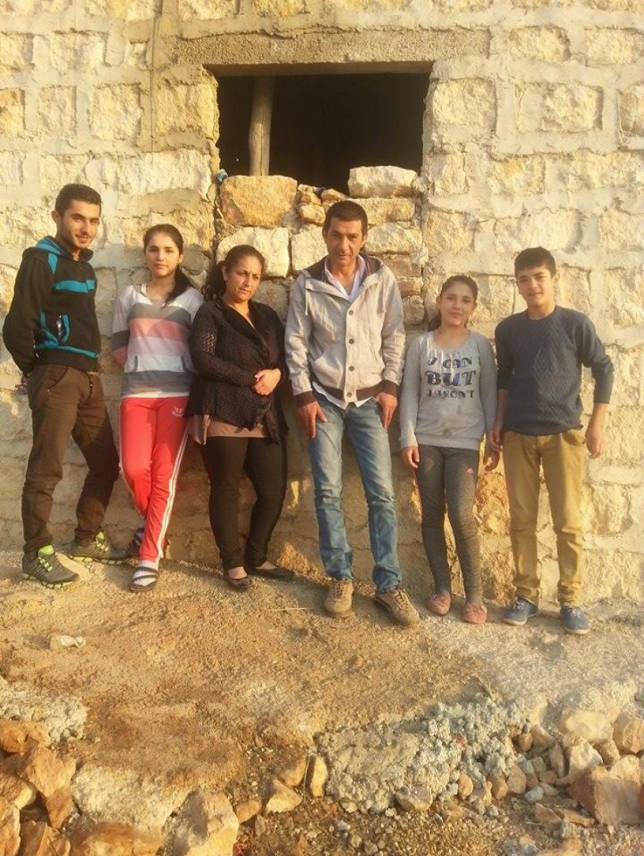 Yazidis in the refugee camp

After an attack by the Islamic State (IS) troops, many Yazidis fled to the Ashti refugee camp near the city of Arbat in northern Iraq. On the first anniversary of this genocide, the adults tell of their traumatic memories, of loss, kidnapping of girls and women, of rape and death. They are marked by grief, pain and longing for their home Shingal in the Kurdish part of Iraq.

The children process their terrible memories in a special way: they make a film and unconsciously stage the horrors they have experienced. Dyab takes over and shows what these children need: help, education and hope for a safe life in their homeland. The Iraqi boy Dyab dreams of the whole world watching his film.

At the short film festival in Dießen in autumn 2016, I met the director of this documentary about Dyab and his friends. He described the bleak situation of the children in the camp and Dyab’s wish to be able to make films with his own camera equipment. Unfortunately, we cannot fulfill this wish. But in view of the approaching winter, we decided to help the children at least with warm clothes.

Mazin Sherabayani, the director of this touching documentary, will be driving to the camp in November 2016. He is in the name of future for children of the world e. V. buy warm clothes for the children for 1,000 euros.

All donations for these children are reliably and in full personally made by Mazin Sherabayani.

You can find the documentary trailer here: 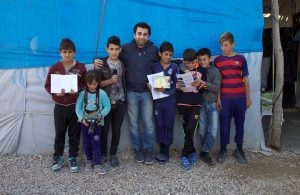 Mazin with the kids