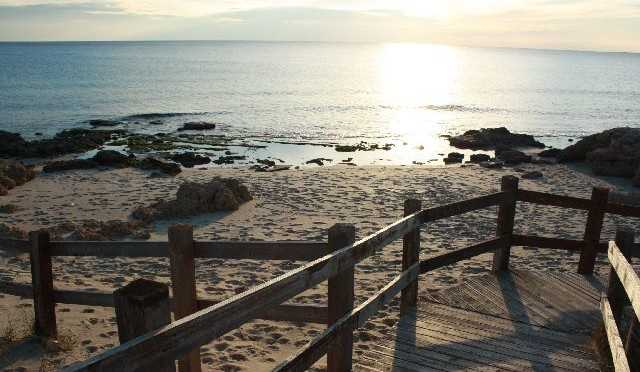 Gallipoli: Where literally one church stands next to the other – and the most beautiful beach of our trip

Gallipoli is the basis for our week-long stay in Salent. But because it rains so much and I catch a juicy cold in our ice-cold apartment, we do not have that much of it that we live very close to the old town. Actually, we only see them once, and in the evening. Because if the weather permits, the boys would rather go to the beach.

And honestly, that’s okay. Not that Gallipoli would not be a pretty city (even if I liked the not dissimilar old towns in Croatia much, much better – but maybe that is also because of my travel pleasure just kinda out the air and my nose dripping and we are in the evening in the kitchen in the sleeping bags mumble to make the cold in our apartment bearable). But the best thing about Gallipoli is the beaches around it. Also in March (especially in March probably, because we have them all to ourselves). 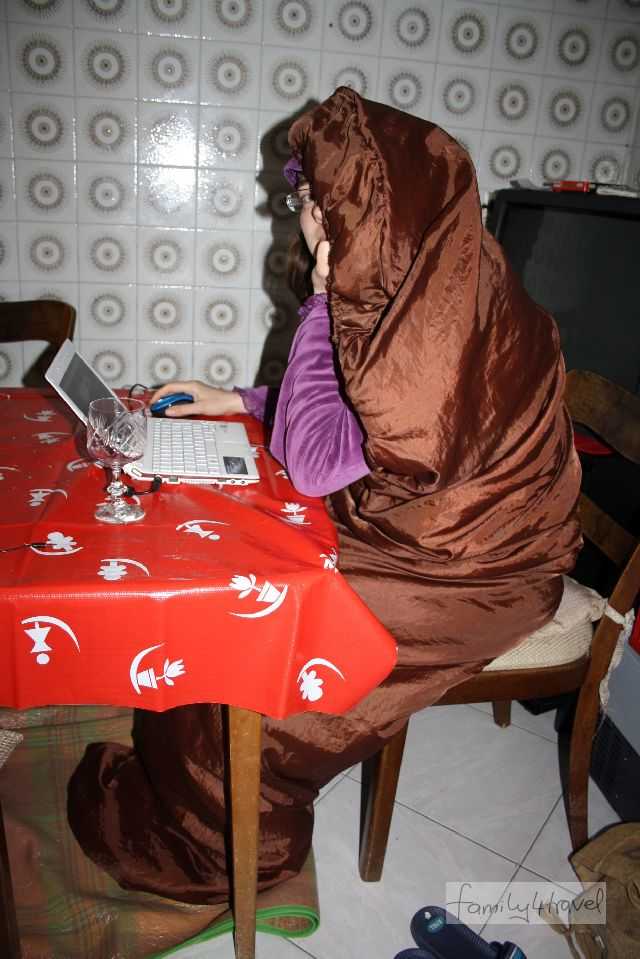 The most beautiful beach in southern Italy

Our favorite beach is located in the south, about ten minutes drive from the city center. The Lido San Giovanni connects directly to the urban area. I do not mean this professionally run lido. This is still barricaded and nailed in the spring, and you simply do not come to the water. But a long way, even behind the stadium, is the Access free, and to the left and right of the road are paid parking (where there are still many restaurants and beach bars), and these in turn give way to white-framed parking bays, meaning you get your car here free parking can. Wooden plank roads lead over the rocks. And then he lies there, the dream beach of all children. 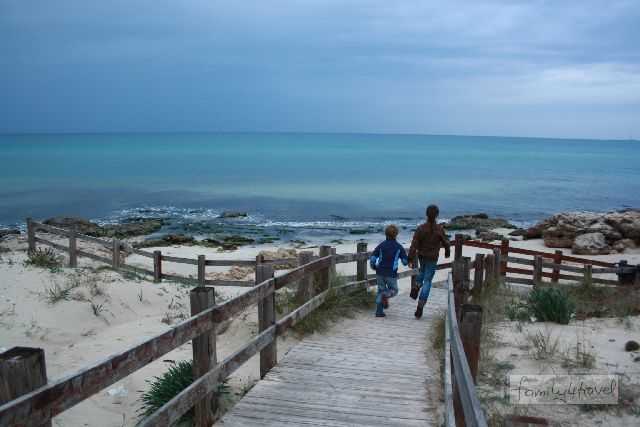 let’s go to the beach!

Here, the boys can to their heart‘s content over the picturesque rocks of effusive rocks climb. When they are done, they kneel in the wet sand and begin to build a mountain village. “This is the market place,” explains Silas as he levels a piece of sandy soil. Then he forms a lot of small hillocks. “Trulli,” he says. The traditional round stone houses we have seen on the way home. “And now comes Silas’ residence!” His brother is already working on a citadel, complete with bastions and casemates. Then barracks, mills and farms follow, and everything is connected with roads. After all, Janis even comes up with the idea of ​​building small-scale monasteries on the rocky edges, as we saw in the Greek Meteora.

This is how it goes for days, always in the name of a new civilization that builds on the wind-blown ruins of its predecessors. Meanwhile, Martin and I are lounging on the rocks, wrapped in our winter jackets, playing backgammon. We can never stand it longer than just an hour, but that’s fine for the kids. Mostly we are on the beach just before sunset (on the way back from our trips to Lecce and Otranto or after a long day of school), and after that it will be dark anyway. 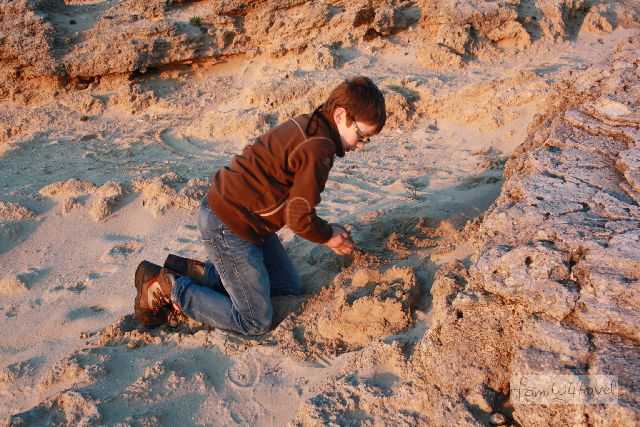 Janis is building a fortress.

Walk through the old town of Gallipoli

But finally we take a look at Gallipoli. The old town lies on a small island, which today is connected by a bridge to the mainland. The Greeks were the first to call their colony Kallipolis, “beautiful city“. The Romans, who conquered the place a few centuries later, probably thought more of cockerels (galli), and so still adorns today tap the city coat of arms. Historically, then followed the usual southern Italian muddle of Normans, Staufer, Spaniards, French and Venetians, all of which left their mark on the cityscape. 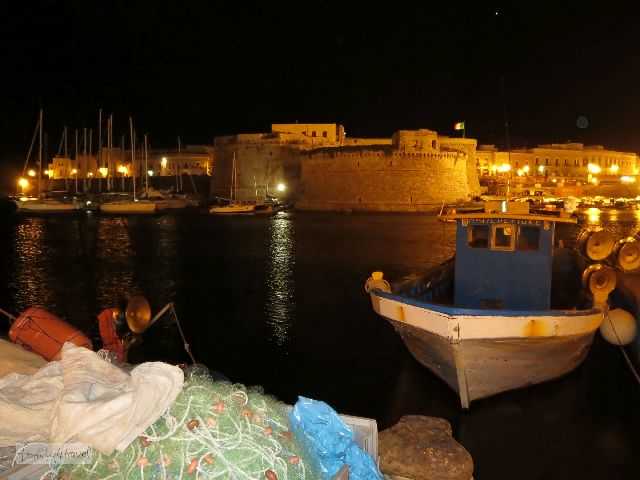 The fortress watches over the access to the island.

About the broad stone bridge we walk on the island. By car, it can only be avoided in one direction, and one can safely spare that. In the middle of the tangle of narrow and narrow streets should be a tourist best not by car trust (it is forbidden anyway, which in reality, of course, does not mean that one encounters no traffic there – especially the scooters fit in the Italian definition everywhere). Sometimes you do not even notice the narrow passageways to other roads because they are considered to be doorways. And then the alleys suddenly open up to a small square, and there is a fountain, a particularly beautiful palazzo or one of the many churches to see. The most magnificent of them all stands in the middle of the island and is unfortunately so wedged in with other buildings that its ornate façade is in the middle of the island Lecce Baroque style barely respectable. Sant’Agata It is called and dates from the 17th century. 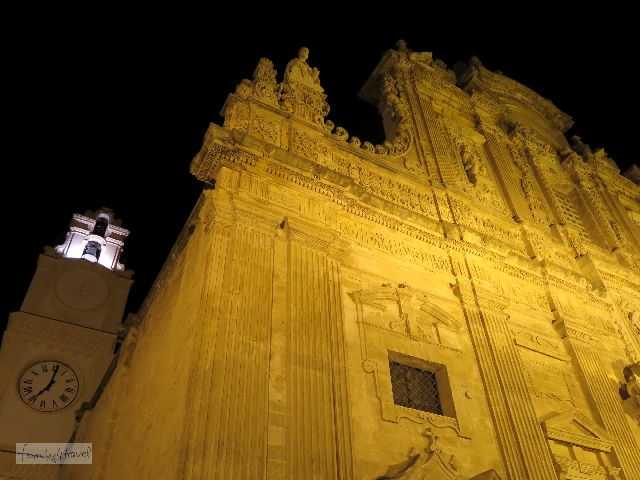 The Sant’Agata cathedral is so closely reconstructed that you can hardly go far enough back to fully photograph the facade.

Most places of worship are crowded with the Front side of the island. Here the fishermen had a good eye on them when they left for work early in the morning, and gratefully returned with full nets. Unfortunately, we can not figure out why the churches are so crowded here and literally one beside the other. Although the tourism association has set up a sign next to everyone, but the descriptions – after all both in Italian and in English and thus more tourist friendly than at most places in Germany – are limited to art historical details that we are not particularly interested.

For dinner, we do the same to many locals and get us one Pizza from the small Klitsche directly opposite the cathedral. The Pizza Margharita takeaway costs four euros. The tomato sauce on top is homemade and tastes different than in Germany, but delicious. With the makeshift boxes on our knees, we sit down on a bench by the wall separating the city from the Mediterranean Sea. We watch the Italian children playing ball in the street – and winches each time the football hits hard on one of the parked cars. For real Mediterranean serenity we are just too German. But it’s enough for a nice, peaceful evening. 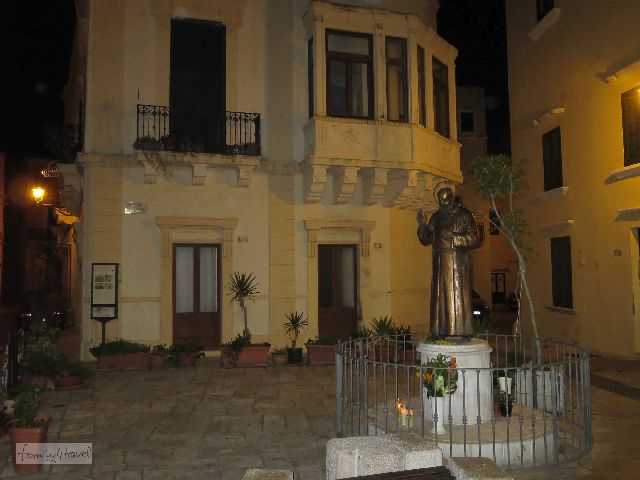 For a week we spent in Puglia, in the very south of Italy. We did five outings there and that’s why it goes on every Tuesday for five weeks family4travel to southern Italy. And these are our goals: