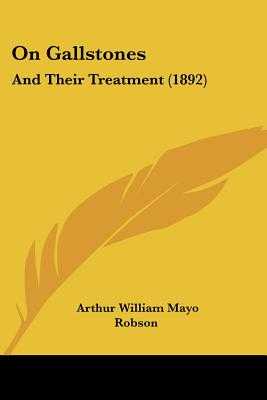 Gallstones and their treatment

Every fifth woman and every tenth man is affected by gallstones, yet most patients are at first baffled when they are made this diagnosis. Are they really stones? How are these and, above all, how are they treated??

How do gallstones develop??

Gallstones occur when the different components of the bile, which is responsible for the fat digestion, are not in the right proportion to each other. The less soluble components clump together and form the stone-like structures called gallstones. Usually bile is about 80 percent water. The remaining 20 percent are made up of proteins, bile acids, bilirubin (component of the red blood pigment) and cholesterol. Cholesterol, a fat, is not water-soluble and is only integrated into the solution with an appropriate amount of bile acid. If too little bile acid is present or there is too much cholesterol in the bile, the cholesterol may clump together and form gallstones. About 80 percent of all gallstones are so-called cholesterol stones. These form most often in the gallbladder and can also migrate into the bile duct. As a rule, they are relatively large and brightly colored. In addition to the cholesterol stones can also be called pigment stones arise, which are formed predominantly of bilirubin. These stones are rather dark in color.

Many people with gallstones have no complaints for years at all. Sometimes they remain undetected for a lifetime because they do not cause any problems. In general, the location of the gallstones is crucial for the development of symptoms. Generally, gall bladder stones are less likely to cause discomfort than bile duct stones. In the latter seven out of ten patients develop symptoms, but they are also much rarer than gallbladder stones.

Typical symptoms of gallstones are generally pain attacks with oppressive pain in the abdominal area, which can last between 15 minutes and five hours and are referred to as biliary colic. Furthermore, pain may occur in the right upper abdomen, which may radiate into the back and right shoulder. Pain after eating, nausea and vomiting as well as food intolerance can be further symptoms.

Diagnosis and treatment of gallstones

In general, gallstone disease is relatively easy to diagnose due to the typical symptoms. For a reliable diagnosis usually a blood test is carried out, in addition there is an examination of the upper abdomen with ultrasound. Computed tomography, magnetic resonance imaging and endoscopic ultrasonography are further investigation methods that can provide detailed information about the size and position of the stones.

The treatment of gallstones depends on their location (gall bladder or bile duct), the size and the symptoms. If a biliary colic is present, usually takes place first a treatment with painkillers as well as with drugs that relax and widen the bile ducts. If the pain is very severe, the administration of adequate pain medication usually takes place in the hospital.

How to prevent gallstones

Gallstones can be prevented by a low-fat and healthy diet. In addition, specialists advise to reduce obesity, as this may also play a role in the formation of gallstones.