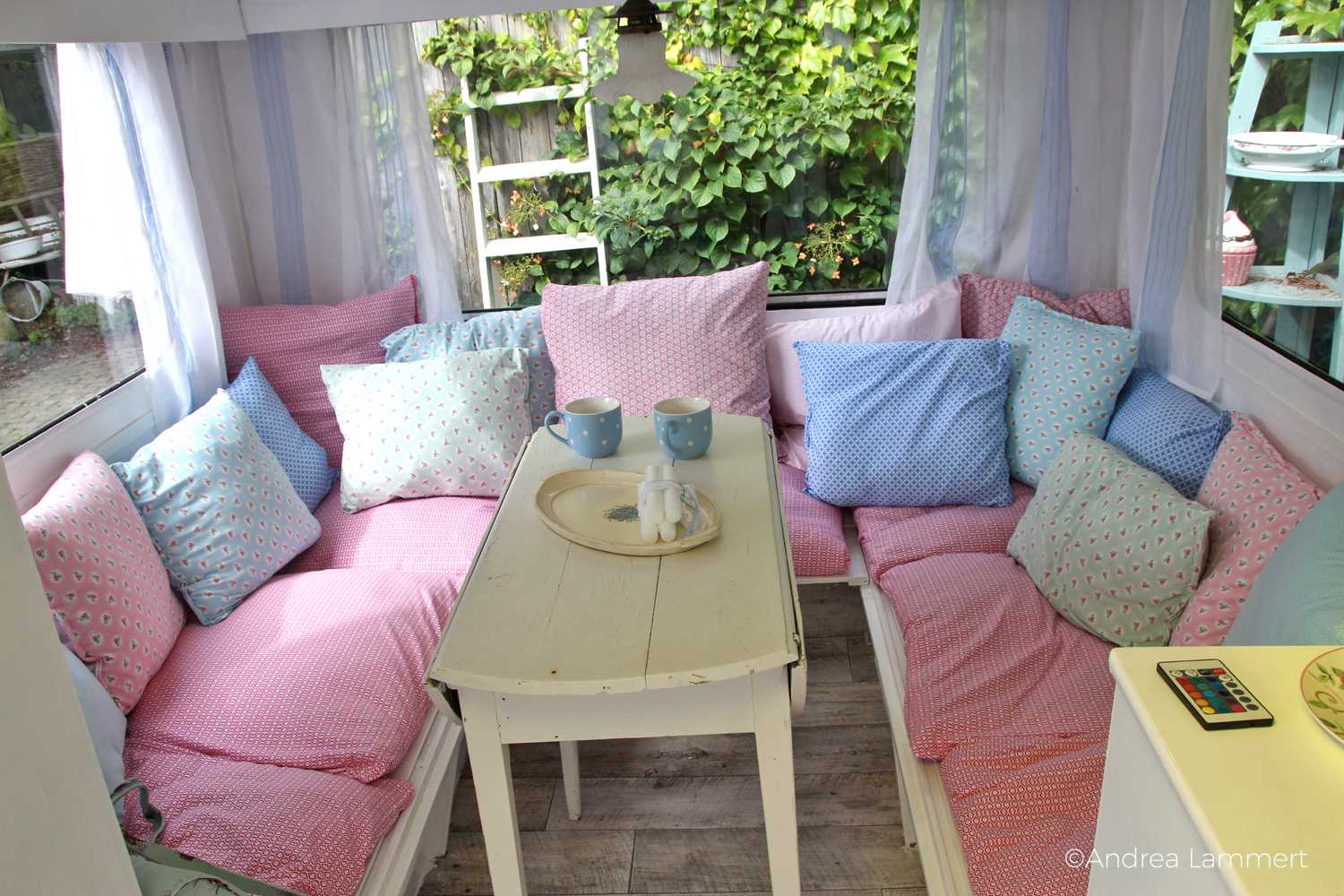 In some places, time simply stops. You want to stay for hours, preferably with a good tea and a piece of cake. The Gartencafé Süderdeich is such a place. There he stands, the little caravan. Painted like a dollhouse and furnished, as I would imagine: colorful, not garish, but in harmonious powder tones, light and clear. “Our private box,” says Frauke Köster smiling and you can see that she would just like to have a little break there. But do not go, she has to go back to the kitchen, immediately the coffee time begins and with it the hectic time of the day for her.

She needs to get into the kitchen and make final arrangements for tea and coffee. Everything is done by myself. I get a punishing look when I ask if she makes the pies herself. That’s enough as an answer. Sea buckthorn cake, lime yoghurt cream or manderine sour cream – some of the cakes that come here from the small kitchen on the tables were already referred to by visitors as “Gaumensex”. Frauke Köster laughs when she thinks of these reactions to her pies.

For nine years, her café has been a fixture in Dithmarschen between Büsum and Sankt Peter-Ording. She came to the café only by accident. Actually, she had wanted to use the village Süderdeich only as a holiday destination. For years she drove to her little frieze house, restocked the garden and opened it. But life obviously had other plans with her than leaving her in NRW. “The house next door was suddenly for sale and we knew that’s it.”

She was often asked if there was no café nearby. So she unceremoniously opened one herself and moved from Duisburg to the north. The trained hairdresser, florist and chiropodist has finally fulfilled a dream – and you can tell that from the café and its lovely design. It’s full of creative ideas. Old is upgecycled and a wooden bed to a sitting area or old boards to shelves and trays. The main thing it has patina and charisma, new design is sought in vain. That too is a way of living sustainably. Many of the decorative items are made by the café owner herself – after work. “Others go to the Muckibude, I’m just raging here.” 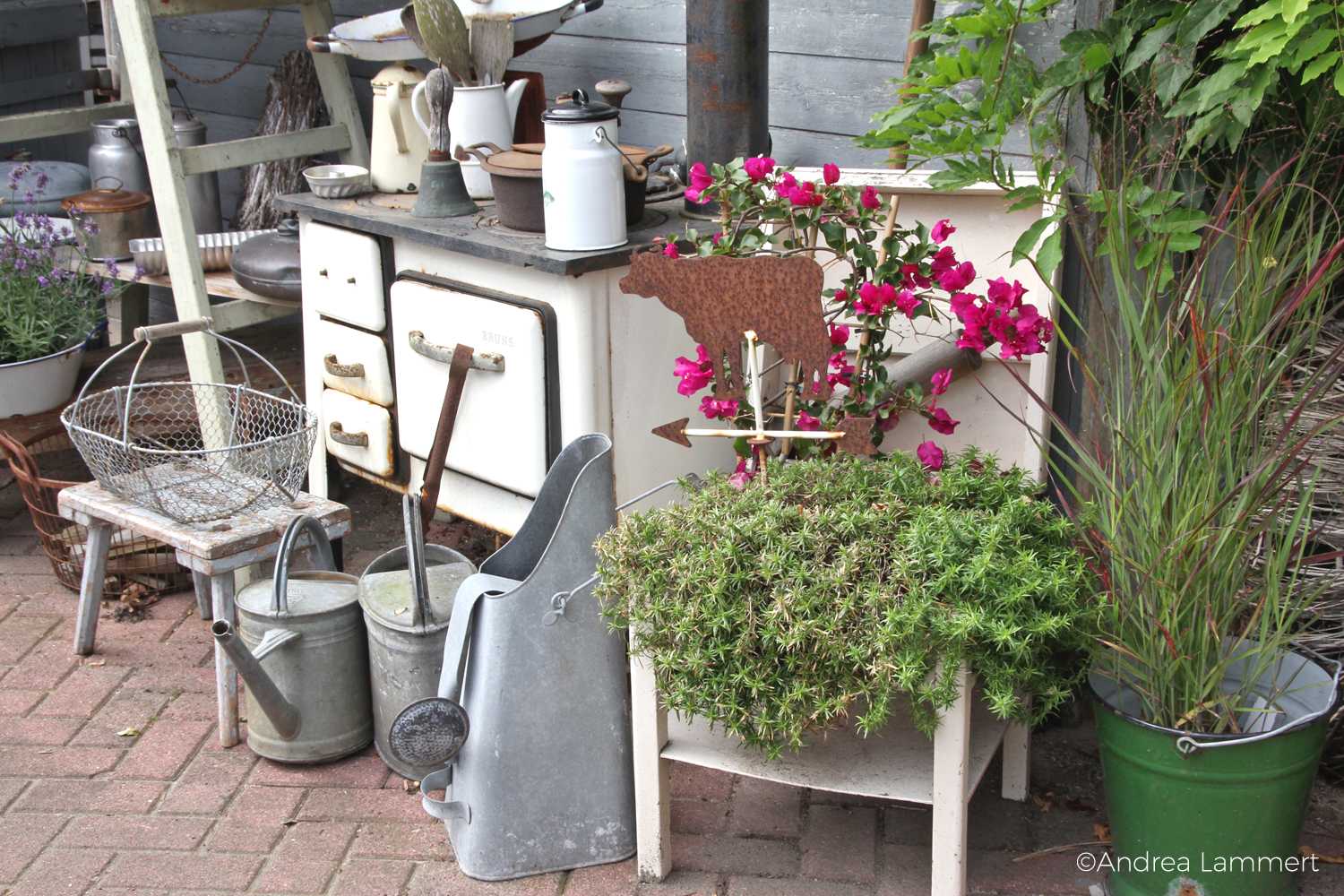 Not only is the café in the Frisian style cozy, but also the corresponding garden, in which thick, red apples on the trees light up. There you can sit in the converted bed, in the beach or on wooden benches between old junk, garden tools and other antiques. But the most beautiful is the caravan, I would take it smoothly. As Schmollbude for my garden. I would like to sit there and write my book now … 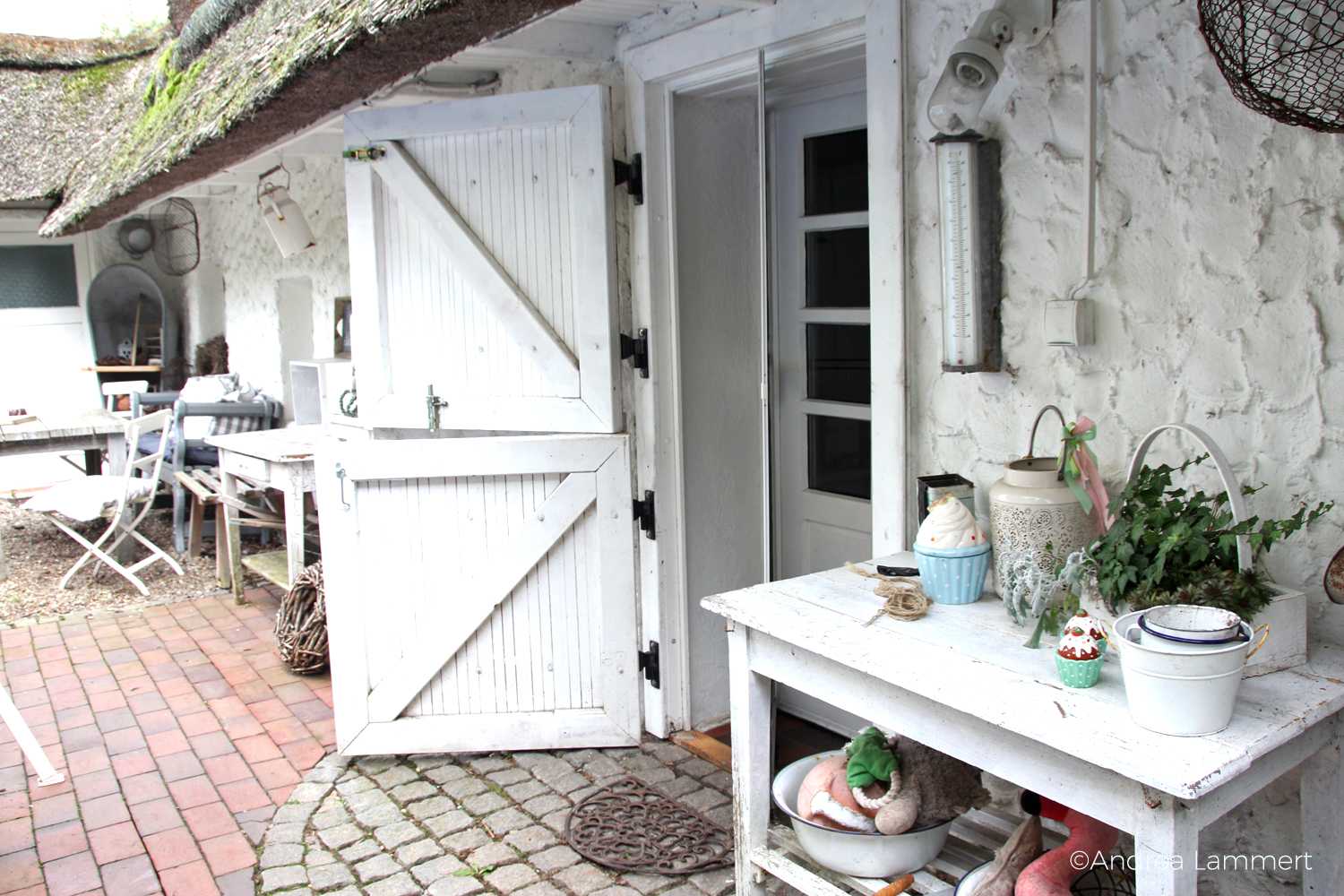