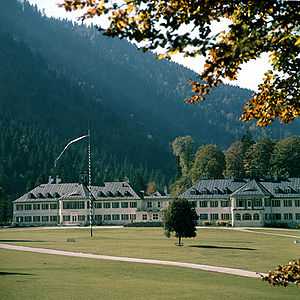 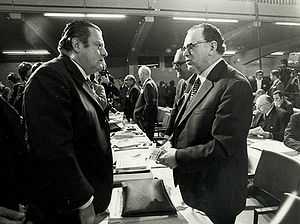 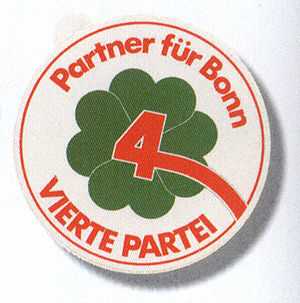 The turn "Spirit of Kreuth" is the colloquial term for the Kreuther separation decision. It alludes to the political motives and events that took place on 18./19. November 1976, the CSU-Landesgruppe moved, at its closed meeting in Wildbad Kreuth (district Miesbach) terminate the faction community with the CDU in the German Bundestag and form an independent faction in the 8th German Bundestag. Only a few weeks later, this separation decision was rescinded in agreement between the CDU and CSU, and the two parties returned to their group faction.

At their closed meeting on 18./19. November 1976 in Wildbad Kreuth (district Miesbach) decided the CSU state group in the German Bundestag to terminate the faction with the Christian Democratic Union (CDU) in the German Bundestag and to form an independent faction in the 8th German Bundestag. The decision was passed by 30 votes to 18 with one abstention and was generally considered a break in the traditionally difficult alliance between the CDU and the Christian Social Union (CSU). The current reason for the unilateral decision to separate was the result and the consequences of the general election of 3 October 1976. In the general election, the CSU in Bavaria won 60.0% of the votes and thus 10.6% of the total result of the Union (48, 6%). The CSU had reached the highest peak of its long-standing success story in 1976 and was able to outdo the potential of the CDU. Although the CDU had improved its election result from 35.2 to 38.0%, and both Union parties with a total of 243 seats were able to join together to form the strongest parliamentary group in the Bundestag, the social-liberal coalition had the chance with a majority of ten seats continue to govern.

Reaction of the CDU Federal Executive and withdrawal – November / December 1976

The CDU federal executive reacted on 29 November 1976 with an ultimatum. He called on the CSU leadership to restore the faction until the day of the constituent meeting of the 8th German Bundestag, otherwise the CDU would see itself forced to found a national association of the CDU in Bavaria. The ultimatum and the demonstrative election of Helmut Kohl (CDU, 1930-2017, Prime Minister of Rhineland-Palatinate 1969-1976, Federal Chancellor 1982-1998) as chairman of the future CDU parliamentary group on 1 December 1976 did not fail. The CSU leadership began to rethink and deflect. In Bavaria, the separation decision, especially on the Franconian and Swabian CSU base, caused resentment and contradiction. Three CSU district associations demanded that a special party convention be convened, because it was feared that the Kreuther decision and the establishment of a CDU regional association could seriously damage the Bavarian majority and ruling party as well as the entire Union. Limits of the scope of action of the CSU leadership became visible. On December 9, 1976, a turn came. Franz Josef Strauss (CSU, 1915-1988, Prime Minister 1978-1988) offered new talks after a joint meeting of the CSU regional committee and the CSU regional group of the sister party. The separation decision is not canceled, but "through new proposals" been superimposed. On December 12, 1976, the negotiating commissions of the two parties agreed to continue the CDU / CSU faction community on the basis of new agreements. In extensive written agreements, new methods of conflict settlement were proposed in the sense of the 1972 already by the CSU "political parity" of both parties. With the contractual arrangements, the CSU consolidated its institutional dual role as an independent state party with a special federal character and reinforced its influence as "Federal party" in the faction community. It opened with the agreements at the same time the chancellor candidature of Strauss in the federal election campaign in 1980.

Demand of the CSU "political parity" in the faction community

Already after the 1972 federal election lost to the Union, the CSU leadership had accused the sister party not to have fought hard enough against the social-liberal alliance and its policies and to have squandered the electoral victory by excluding German policy and false adjustment cosmetics. Leaders of the CDU accused after the general election in 1976, the CSU, just by their confrontational concept to have the opposite of what should have been achieved.

Already after the 1972 general election had been heard from the CSU national group, a dissolution of the faction community could not be excluded. Richard Stücklen (CSU, 1916-2002, President of the German Bundestag 1979-1983), then chairman of the CSU-Landesgruppe, had stated to this effect on 1 December 1972 in the Augsburger Allgemeine: "The combination of two legally independent parties in a single parliamentary group is indeed something out of the ordinary. Neither common foundations nor the will for the best possible cooperation make a group community a compulsory requirement. Other forms of organization are also conceivable which can guarantee optimal joint work. In certain circumstances, the organizational separation of the common cause may even be more useful than the maintenance of unity. The common faction is. not a question of principle, but solely a question of political expediency".

Consequently, the CSU-Landesgruppe had already redefined after the Bundestag election in 1972 their group alliance with the CDU and the recognition of the "Equal rights of both parties", although "in the spirit of full mutual solidarity", to be written in writing. The history of the 1970s thus had its fixed point in strategic and tactical questions, how to replace the since 1969 ruling social-liberal coalition and regain government power. The CSU state group wanted to expand their scope of action with the separation decision in the Bundestag and strengthen their influence on the sister party. The driving force was the state chairman and Federal politician Strauss, who stood with the designated group leader of the CDU, Helmut Kohl, in a highly personally colored rivalry relationship. On June 7, 1975, the small party congress of the CSU had overwhelmingly determined, "that the party chairman Strauss the most suitable personality to the. Definition and design of federal policy" be. Kohl had thus with the CSU-stamp to be only second best chancellor candidate of the Union, the federal election campaign in 1976 must lead – a disqualification, which had an effect on the Kreuther resolution and the subsequent negotiations of the sister parties.

Since the founding of the Federal Republic of Germany, the CSU’s political and political clout in the German Bundestag has been largely a result of its institutional and political dual role as an independent Bavarian state party with special powers "Federal character" results. The latter was expressed in particular in the institutionalization of the CSU state group in the German Bundestag. Since 1949, it had belonged to the parliamentary-organizational basic principles of the CSU-Landesgruppe not to see itself as an inalienable part of the CDU / CSU parliamentary group but as an independent parliamentary representative of Bavaria in Bonn. From the long state tradition of Bavaria, the CSU, which in the 1960s to the "born" Bavarian majority and ruling party had risen, a historically justified state Bavarian claim to co-determination and co-creation of German and European policy awarded and sought from this perspective of a historical design mandate, the claim also instrumentally. From the outset, the CSU leadership had reserved the right to decide autonomously on the continuation of their work in the group community at the beginning of each legislative period. However, the strict adherence to the area cartel, according to which CDU and CSU "are not allowed to compete with each other in any state". However, until 1976, no formal decision had been taken on the de facto territorial cartel. The observance of the organizational demarcation had become after 1946/47, after the fierce arguments over the planned education of a "Empire Union" and a Berlin Reich office, in the context of further developments from the mutual respect of the respective political "territorial sovereignty" result. It was not until the agreements between the CDU and CSU of 12 December 1976 that the territorial cartel was contractually cemented: "Both Unionsparteien agree that this [nationwide claim] is exercised according to the previous geographical classification of the other Union party." Thus, threats from the CDU were off the table to establish a national association in Bavaria.

Tensions in the "cooperative competition"

The CSU state group took in the German Bundestag after their self-conception in the "cooperative competition" with the CDU a key political and strategic position. The special institutional construction offered the CSU regional group an instrumental lever, in politically programmatic fundamental questions, in questions of the political course and in certain political fields "willful" and "unruly" demarcate and, as it was called in the language of the CSU leadership, "special Bavarian accents" to put. This applied in the 1960s and 1970s, above all for foreign and security policy as well as for Germany policy.

The tension between the CSU and the CDU, which had been created in the special position of the CSU, had been heavily burdened even before the Kreuther resolution decision. Party autonomy, triumphant electoral successes in Bavaria and parliamentary special status made it possible for the former state chairman and Federal politician Strauß and his colleagues repeatedly to set in determining and shaping the federal policy to exhausting attacks for both parties to the Union. This had also included simulation games and threats, one on the West German level "Fourth party" to found or to support. The Kreuther resolution was the sharpest remedy in the series of such attacks, which was later used in other political constellations a second time. Of the "Spirit of Kreuth" However, in some rhetorical sharpening and in expansive planning games of the highest CSU leadership circles, it continued until the time of the great political changes in Europe and Germany.

With the unification of the two German states, since 1990/91 the framework conditions for the party-political power game have changed. The new weights and parameters particularly affected the CSU. The CDU derided "political parity" was effectively overridden by the new all-German weight of the CDU. The "Federal party" After the new all-German arithmetic in the Federal Council, the Federal Parliament and the Federal Assembly, CSU had to accept weight losses. In her native country of Bavaria, she faced turbulent times. Although the CSU maintained its institutional and political special position in Berlin, a second Kreuther decision would have lacked the political power. A further decision of separation would have seriously damaged her, even in her native Bavaria. "The spirit of Kreuth" has long since become a historic chimera. In the tension between CSU and CDU, he is summoned only in reminiscences. Both Union parties have learned that only in a group community can they benefit organizationally, politically and in terms of content from both sides.