The children of German workers abroad are apparently better looked after in German-speaking kindergartens in other European countries than in this country. This is suggested by a study by the Directory of German Kindergartens Abroad (VDKA). A total of 100 German kindergartens outside the Federal Republic were contacted for the survey, 49 of which took part in the survey.

According to this, an average of 60 children attend a German kindergarten in another EU country and are looked after on average by seven educators (male and female) and two interns. As a result, the childcare worker key at 8.5 is much better than the key in Germany (10) or the OECD average (12).

In addition, the admission of children is more promising than here, because more than half (55 percent) of daycare centers look after children from the age of two and every third institution has a separate group for this age group.

In addition, parents do not have to worry about the development of their pupils’ German skills: 82 percent of daycare centers cooperate with a German school on site or are even involved in one. These are largely based on German educational standards, so that the little ones do not have to compensate for any significant educational deficits when they are integrated into Germany. In addition, 78 percent of kindergartens employ educators whose mother tongue is German. Visiting a daycare center in foreign countries According to the study, it costs an average of around 4,684 euros per year and per child.

Expansion of kindergartens in the EU not yet completed

As far as the EU-wide kindergarten expansion is concerned, the development of daycare centers is not as positive as that of German-speaking daycare centers in other European countries. This is what a European Commission survey found. For example, most Member States have so far failed to ensure that 90 percent of children between three and under the age of school and 33 percent of children under three are guaranteed childcare. To date, only eight countries have achieved this goal: Belgium, Denmark, Spain, France, the Netherlands, Sweden, Slovenia and Great Britain. In many countries According to the Commission, there is a lack of money, personnel and the qualifications of the supervisors. Often there are not even educational guidelines for the educators. 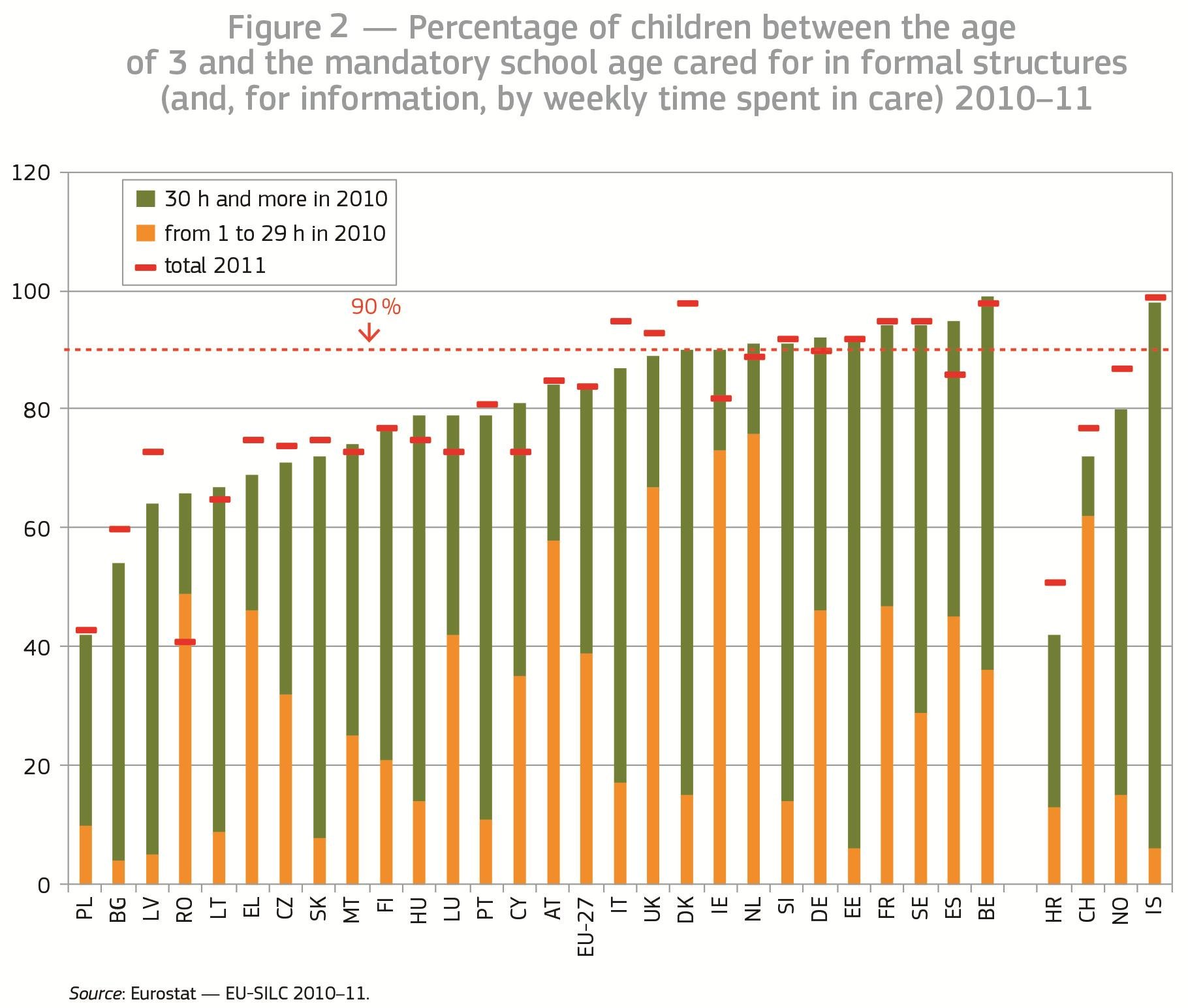 Germany also does not yet have enough childcare places available, which is why many parents take the initiative and set up kindergartens on their own. Often, they choose the registered non-profit organization (e.V.) as a legal form – an inexpensive company. However, as soon as the project exceeds a certain size, the tax offices register the facility as an economic association, which increases the tax burden. To avoid such a case, legal experts recommend converting the association into a Kita gGmbH or choosing this legal form from the outset. However, this had to be considered in individual cases.

German expats and emigrants who are thinking about joining one abroad private Establishing kindergarten should also seek advice from experts so as not to undermine the respective legal provisions on site.