All literature that can be read today has its origins, lineage and source. This is particularly true for children’s and youth book literature

to. In order to understand how the range of today’s German children’s book literature has developed, a brief overview of German literary history is worthwhile.

In the beginning was the Middle Ages

All of German literature began in the early Middle Ages. The simple reason is that since that time it was written in a kind of German! The first thing to be read in German is marginal notes on Latin texts, which presumably monastery students at that time wrote to help with the text. The first full texts are the Merseburg spells and the Hildebrandt song, written in the Fulda monastery.

The topics already catch the eye here: spells and heroic legends. A popular and exciting, a fascinating topic in children’s book literature!

From there the literature of the Middle Ages developed over three stages: from the monastery, where mainly texts were copied and translated, 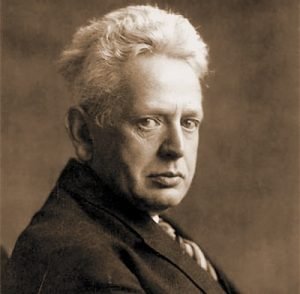 to the Adelshof, where splendid and expensive parchment fonts were made with legends, heroic legends and chronicles, all the way to the city, where the paper invented in the meantime could be written much cheaper and ultimately printed.

Anyone who speaks of the dark Middle Ages in literature overlooks the incredibly rich variety of literature that developed in Germany between the years 800 and 1500. Last but not least, the cornerstones are laid for fairy tales, sagas and also for fantasy literature!

The development of German literature since then

What follows medieval literature is Renaissance and Reformation. Here, literature is more an instrument for spreading new ideas. It is about dealing with religion, as with Martin Luther, about burgeoning science and thoughts about “real” life.

In the period between 1600 and 1850, a shift towards a German cultural and literary property can be observed. Before, literary developments were often adopted from France or translated from Latin, but now independent German literature should develop. The Brothers Grimm, with their Children’s and Household Tales and the German legends significantly described and collected German cultural heritage and thus also laid the foundation stone for the “fairy tale” as we understand and know it today.

A time of turmoil follows, a time of problems described and denounced by literature. Starting with Schillers storm and stress, about Georg Büchner’s revolutionary works, about the texts of Expressionism, which openly want to reflect the ugliness of the war, right up to works of National Socialism, in which ideology, propaganda and morality had to be dealt with. These times also have a significant influence on today’s youth book literature, as they are strongly negotiated about right and wrong, good and evil. 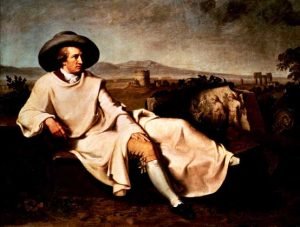 Today’s German literature has its origins. The range that can be seen on the literature market today can be read from its history.

And even if the children’s book literature is not yet scientifically old, its path can be traced back as far as that of drama or novel: starting with the literature that deals with exclusion or racism, through moral stories with a raised index finger like that Struwwelpeter, about Grimm’s fairy tales, to the legends of treasures and dragons and heroic warriors. All of this lives on in today’s children’s and youth book and fantasy literature.

German literature has from their history learned to take on all topics, to be able to work on every problem, be it a children’s book or a travel guide, a novel or a poem.