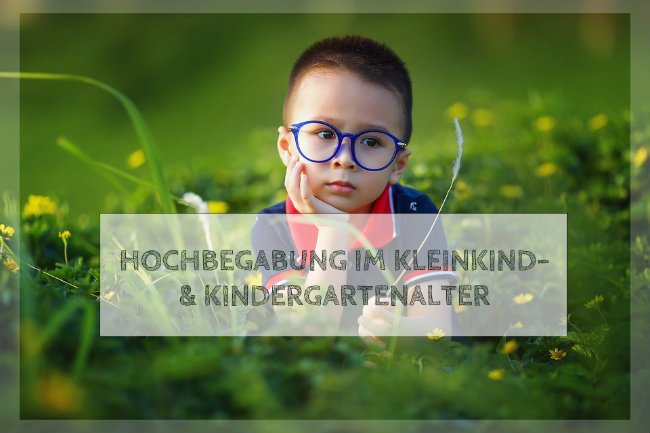 Dennis has always been able to deal extremely well alone and spent hours looking at picture books or building Duplo. He was deeply involved in the game and was not distracted by anything. Since I was not working at the time, I did not want to send Dennis to kindergarten for 3 whole years. I wanted to spend as much time with him myself. So I decided to send him to kindergarten when I was 4 years old. The previous year, he went to a Montessori play group three mornings a week, he attended a dwarf music group, and we went to children’s gymnastics. So he was a lot with children, but we also spent a lot of time together.

After a few weeks in the Montessori play group, the head there spoke to me and said that Dennis was not only a very bright boy, but also very intelligent. I looked at her somewhat astonished and gave her the question, how to recognize that. I have to say that in addition to training as a teacher, she also had the Montessori diploma and two highly talented children. Her knowledge came from days of observing Dennis in his behavior. Among other things, she explained to me that he had an extremely high level of comprehension for his age, that he would everything question, he would be very concentrated on the matter, could count on special pearl computing material from Montessori up to 1000 and much more. However, he would also be very reluctant towards the other children, would rather play alone or a maximum of two, in group games he would rather withdraw, when romping and climbing he would be very careful and would always consider whether there was a danger for him or not , All of these behaviors would indicate that Dennis was above average intelligent. She gave me the advice to have him tested for giftedness, in order to then promote and target him his To be able to meet needs individually.

Of course, I had noticed a lot of what she had mentioned, but I had never looked at it from that point of view. I went home with a lot of thoughts in my head, could not quite believe what I had heard, and had no idea what it meant to say that my child was exceptionally talented. In the family circle I then discussed with my husband and father of Dennis at the time and thought about what we should think of it and how we should proceed.

In the next article, I will tell you what happened afterwards and how the rest of kindergarten with Dennis was.