Happy GODO: The heart is better 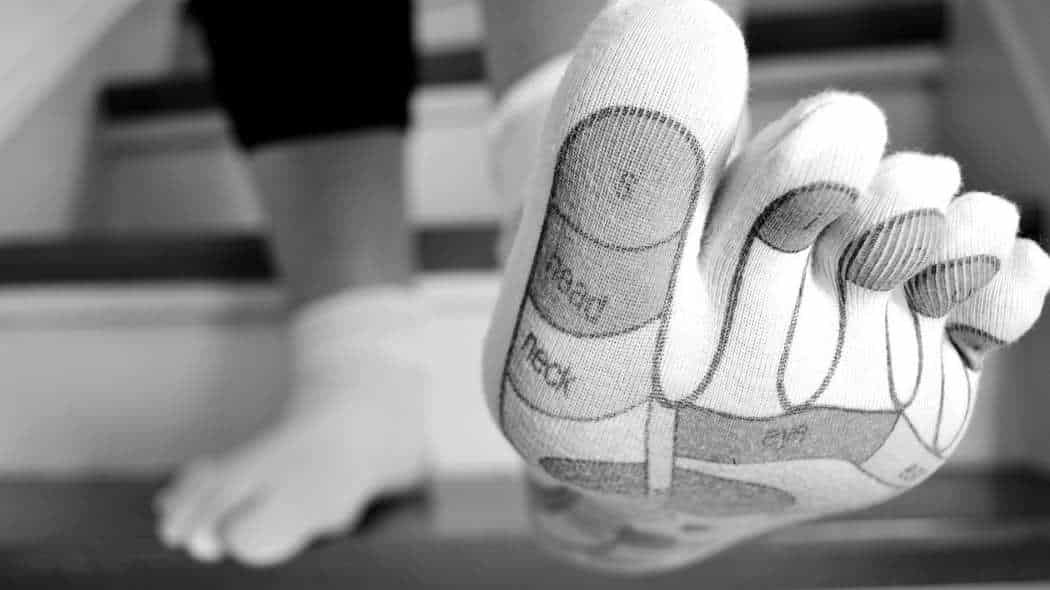 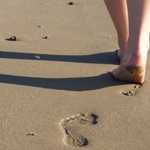 The re-evolution of walking

Walking is actually the most normal thing in the world, one might think if something had not gone completely wrong. Dr. med. Hans-Peter Greb, general practitioner and naturopathic therapist, made an explosive discovery more than 30 years ago: “The whole world is wrong!”

In the mid-seventies, when working with his patients, he discovered that man is actually a forefoot-walker. When placing the foot, the forefoot first touches the ground and then the whole foot first sinks.

This initial contact with the forefoot is gentle and soft and has the task of feeling what the texture of the soil is. Bumps, wobbly or sharp-edged underground pose many potential injury possibilities. We all know this when we walk barefoot on a rocky surface, because then we also move forward cautiously.

That sounds logical so far, or?

The question is, “Why is the whole world still upside down?” Let’s take a look at the general gait, it’s easy to see that all of us first drop the heel and then roll it forward.

Dr. Greb found out more than 30 years ago that we humans are born with the crotch reflex. This walking reflex ensures that we automatically go over the forefoot. Babies who start to walk set their feet first with their forefoot and the crotch reflex aligns the ball of the foot with the ground at each step. This takes contact and lowers braking and damping the weight down.

Thus, the voltage released in this case can be used economically for the next step. It stretches the extrinsic muscle chain and raises the heel from a standing position.

As children, we all mastered the first steps perfectly

But during the first three years, children learn by imitating adults. Children “learn” walking, speaking, body language, facial expressions and much more through this imitation, thus growing into the reality of adults. Thus, each generation looks at this wrong pattern of motion in the previous one and “trains” it by imitating until it is stored as normal.

Interestingly, language development runs parallel to walking. Speech and walking are controlled via the same nerve pathways. The doctors call them motor neurons or pyramidal tracts. If serious mistakes creep in here, as is the case with the imitation of false gait patterns, this also affects the development of language and thinking.

Our course influences the development of language, of thinking, of feeling, of perceiving and of social behavior. Ultimately, all areas of body, mind and soul are affected. By the Hacking, as one can also call walking over the heel, the basis of the musculoskeletal system is completely changed.

If the feet are not functioning properly, then the knees, hips, whole spine, and even the whole body can not be used economically. If you first put on with the heel, penetrates with each step a force of about 50 kg through the feet in the body. This force is transported via the bone conduction to the brain. This has been shown by measurements of the Sport University Cologne. After 100 steps, that’s 5 tons! And that only when walking.

Dr. Greb found that almost all diseases of the bony system, e.g. Osteoarthritis, spinal and disc damage, caused by wrong walking and can disappear by walking properly.

Also, cardiovascular diseases, especially venous disease, arise up to mental illnesses, such as depression. From these findings emerged books, lectures, and seminars, all of which deal with the right to go, the Happy Godo.

Why the name Godo?

Since there is no name for going with the forefoot around the world, Dr. Greb here too remedy. He created the term Go-Do, as the future global term for walking over the forefoot. Go from the English “Go”, and Do from the Japanese, means “the way“. A term that unites East and West.

Dr. Grebs’ vision of the new human being, who respectfully walks the earth in a newly organized society, instead of marching ruthlessly, fully supports us.

I wholeheartedly recommend everyone to engage in more in-depth with Happy Godo. The good mood sets in very quickly, after just a few days of trial and error you notice a pleasant lightness.