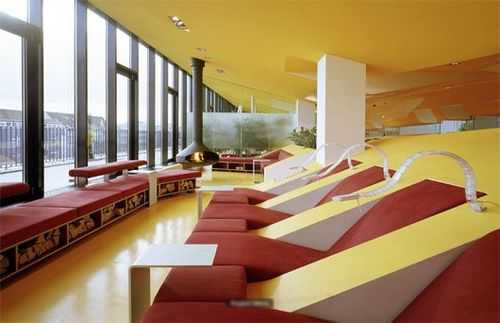 How it starts: Dentistry meets design

Famous Kurfürstendamm is still one of the most vibrant boulevards of the german capital – which is why you can not miss our practice. The extraordinary spirit of the building at No. 64 has been known for decades. Since the summer of 2005, this spirit has been revived by a committed team of dentists. To commemorate this historic location, they chose the clear and simple name "KU64 – The Dental Specialists" for their dental enterprise. However, Kurfürstendamm’s classy heydays started many days earlier.

Only a few months after the end of WWII, the city, which was in the Roaring Twenties had been viewed as a vibrant cultural center, again became a hotspot of fashion and design: The first fashion shows were staged and already five years later four big couture houses had been opened on Kurfürstendamm. So one could see in the 1950s the fashion industry re-establishing itself in West Berlin. In the building at No.64 / 65, the ECO House has become home to various ready-to-wear fashion companies with over 1,000 employees. This couture boom, however, was rather short-lived and gave way to the "Bonbonniere" movie theater in 1954.

When the theater opened its doors, ushers in elegant uniforms showed the audience their seats, blending perfectly with the ambience of the building. Nowadays, this is known as "corporate identity". Even more remarkably, passers-by on the boulevard could watch the movie projectionist at his work through a large window. In 1961 this remarkable movie theater changed its name to "Hollywood".

The cinema’s interior design was amazing as well. The walls of the auditorium displayed emblems of famous Hollywood movie studios. Here, the audience could watch popular movies while reclining in romantic double seats behind a small table. After a complete rebuilding at the beginning of the 1990s, the foyer glowed in the style of a French Art nouveau coffee shop. Even today, this expressionistic ambience is still emphasized by oranmental art deco skylights.

2004 – After the "Hollywood" at Kurfürstendamm 64 Stephanie Ziegler discovered this eye-catching location. He had the vision of uniting a whole team of dental specialists under one roof, and he did not want his idea realized in the form of a standard dental practice. In every respect, he wanted an extraordinary practice which opened up a new dimension, not only in dentistry, but also in interior design.

A beautiful seaside resort on the Baltic coast. They called their architectural team "GRAFT" and were refining a concept to conquer Beijing, the capital of China. Since 1998, they have been investing their potential in far-out, offbeat projects in Germany as well as New Zealand and Mexico. In Europe and the US, where the GRAFT team opened a branch in Los Angeles, they have won numerous awards. Today, the GRAFT architects are simply "hot", especially with people who know that "heads are round so that our thoughts can change direction", as a southern german hotelier and enthusiastic customer of GRAFT’s put it in the words of the french writer Francis Picabia. More recently, GRAFT has worked for Brad Pitt and other celebrities. In the company‘s profile, their philosophy is stated in a nutshell: "GRAFT is an architectural firm for architecture, urban construction, exhibition design, music, and the ‘pursuit of happiness’."

Happiness – who does not dream of that? Dr Stephan Ziegler is no exception. In fact, it was by chance that the dentist found the hotel Q !, a GRAFT project, in Berlin. "That’s exactly what I want!," he thought. At that moment his vision became a reality. So the dentist with an avant-garde spirit with the creative "young guns" of architecture. Did they know just how much their cooperation would change the aesthetic concepts, the design, and the functionality of a dental practice? Maybe we’ll never know, but we can marvel at the brilliant result.

Wolfram Putz, Lars Krückeberg, and Thomas Willemeit, GRAFT’s masterminds, had just returned with the Baltic Sea. For his part, dentist Stephan Ziegler had developed the idea of ​​a relaxed, anxiety-free atmosphere for his patients and visitors. He wanted to combine feelings of wellness, security, and transparency with unpretentious functionality "classic" dental practices before. Summertime, sand, sunny beaches, and spectacular views of water and waves were the underlying theme. In the end, the new concept of the "dentist on the beach" what born. Consequently, the KU64 dental practice was fitted with a unique and fascinating installation which brings to mind a design studio, rather than the next dental visit. One thing is clear: this dental practice is anything but ordinary! In short, KU64’s history and philosophy have found a perfect home.