It’s the same every year. Whenever a child’s birthday is coming up, it means thinking about what to do with the guests. While in the past it was enough to eat the cake together, play a few games and have a nice get-together, nowadays parents try to outdo each other.

Because many children expect something “very special”, not only when it’s their birthday, but even when they’re just a guest. But as a parent you don’t have to spend a lot of money to organize a birthday from a certain location or to pay for expensive admission. If you spend a little time in advance and get a little creative, you can also do it at home an exciting one Get the event going. If you have a birthday in summer, you would of course like to spend it outside. A great idea is to organize a treasure hunt in the area. And this is not as complicated as some might think.

First you have to decide where to go. You can influence how long the search lasts. ever by age the children can either run alone in groups or they are accompanied by adults. If the children are traveling independently, special care should be taken to ensure that the paths are child-safe. Where the children should stop and solve tasks or answer questions must also be determined. For example, there may be questions that have to be answered with the help of observations along the way: Who lives at Seestrasse number 14 on the third floor?

When is the café open on Sunday? Or the children are given the next location in encrypted form and have to decipher it. Numbers can be used instead of letters or the solution can be packed in a quiz. Once there, the children have to solve a group task (sing a song, build a human pyramid, line up according to the first letter of the first name, etc.). This approach is suitable for groups that are accompanied by adults. 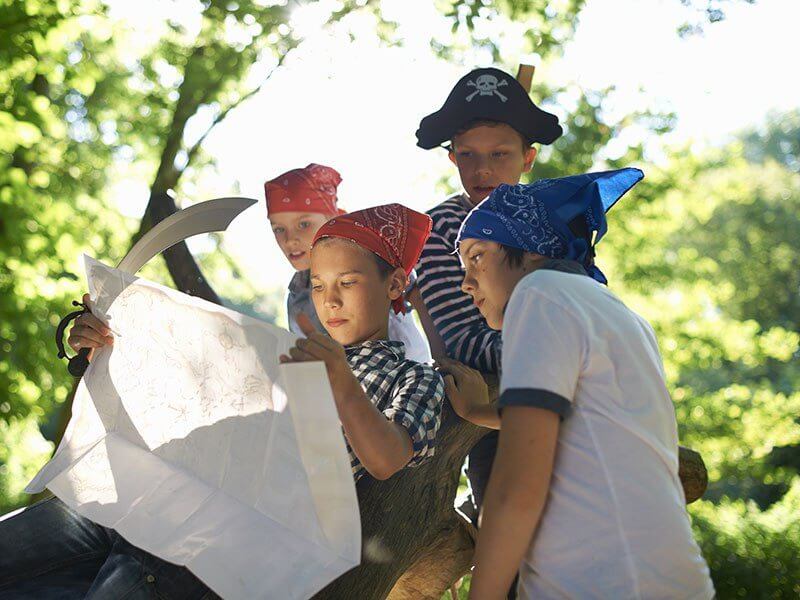 In order to find out possible stations or tasks, the parents have to walk the route themselves and write down suitable questions and their answers. If you can’t get around with the encryption or ideas for games and tasks, you can easily find suggestions on the Internet or in books. The advantage of such a treasure hunt is that no notes or the like have to be deposited beforehand. If these are no longer available during the treasure hunt, that’s a shame for the children.

How about a scavenger hunt??

Who lives in the country or in an area where there is no danger consists, that clues, papers or similar markings can be removed, the search can be more than a kind of scavenger hunt. This is particularly suitable for younger children who are not yet able to read and write.